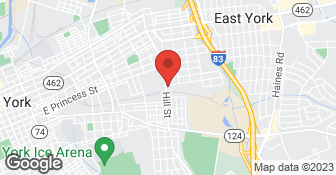 Apparently, they are now under new management, but please don’t be fooled. It’s still the same owners. I had been going to Morgan’s Paws and had no issues with service up until I had an incident with my Golden when he was a puppy. I will NEVER step foot in this business again. I used to trim my dog’s nails myself, but as she has gotten older, she’s gotten grumpy when it comes to having them cut. I always hear her whine and yip from the back, but she fussed at me so I thought it was completely normal. Plus, these are supposed to be professionals, and I assumed she was in good hands. When I first got my puppy, I took him in for his first nail trim with no issues. We went in about 2 months later for another nail trim, and I could hear him using his big boy bark and growling. Then I heard him crying. For a moment, I swore I even heard someone yell at him. He almost never cries - even when roughhousing with other dogs. The girl brought him out and said he had been bad. I commented on the fact that I heard he was upset. Deep down, I really wanted to step back there to the door and ask what the problem was during the whole situation. She told me to work with him on touching his paws. I explained to her that I had been because I could touch his paws or whatever with no problem. I even went through the rundown of the previous nail trimming experiences. He had them trimmed there with no issues. The second time was at the vet where he squirmed, but I held him still with no major reactions from him. The groomer at Petco also cut them and bragged about how well-behaved he was for a puppy. I even took it a step further by adding in an incident where a child stepped on his tail, and he never moved an inch. This is a dog who is being trained to become a therapy dog because of his temperament and love of people. So his reaction was totally out of character and raised a lot of red flags for me. Another customer was there with her two dogs, and she noticed blood on the one dog. The girl that had taken my puppy back came around to check his paw. He growled at her when she touched him. He has never growled at a soul. It turns out that it was coming from his tooth that was not bleeding prior to us arriving. For the time being, I chalked it up to him losing a couple teeth earlier in the week and left. I checked his paws when we got to the car, and he just sniffed my hand but never pulled back or reacted. He was in distress and panted for 30 minutes after we left. I ended up going by my vet’s office just to have a vet tech look at it. Because there was no blood coming from the tooth prior, the vet tech said it was highly likely he was allowed to smack his face against something during the incident and for me to watch the tooth. She also looked at his nails, and he was perfectly calm the entire time she had her hands in his mouth and touching his nails. My puppy is the happiest, friendliest, and most docile dog you will ever meet. There is no way he was just “bad” for a nail trim. I don’t think he felt safe, and it also leads me to believe that one of the people back in that room was rough with him. I wish I would have taken the time to read more reviews before I had taken my other dog now. I can guarantee you that this is one business I will no longer support.

They even agreed that their groomer did that and I even have pictures. They lead me to believe that they would reimburse me for the grooming and cover the vet bill. When I went to them, they said that I couldn't prove anything so they didn't do anything. They were just very rude and I would encourage anyone to not go to them.

Description of Work
They injured my dog and burned his eyelids. He had blisters and this was the 2nd time that this had happened. I then had to pay over a $200 vet bill.

I am very pleased with the way a complaint was handled. Both the owner and the general manager contacted me to resolve an issue, which proves to me that they care about the business. I have no doubt that they will take care of my dog with the same kind of love I give him every day. Thank you, Teesh and Karla for taking care of this issue.

Description of Work
I am very pleased with the way a complaint was handled. Both the owner and the general manager contacted me to resolve an issue, which proves to me that they care about the business. I have no doubt that they will take care of my dog with the same kind of love I give him every day. Thank you, Teesh and Karla for taking care of this issue.

Description of Work
My dog has been here for 3 1/2 days over the past two months. Two of the 3days he smelled so bad when I picked him up that I had to roll the windows down going home and take him straight to the tub when we got home. Today I was10 minutes late picking up. I was told that the doors were locked. I could pay an extra $30.00 fee for boarding him overnight but I must pick him up within 17 hours or be charged another $24.00. A regular overnight boarding, which I assume is 24 hours long costs $30.00. My other option was to pay $50.00 penalty for being 10 minutes late so that I could take my dog home tonight. I had to give them my credit card number over the phone before they would unlock the door and give my dog back. Essentially holding him for ransom. Oh yes, the other charge today was $20.00 for an extra bordatella vaccine that my vet wouldn't suggest for another 6months. For all the 'baby talk' for show, what is obviously most important to them is your money. When they make $2000.00 per day, yes I said $2000.00, you would expect a non foggy Nannycam and a pet that was in the same condition when you pick them up as when you dropped them off. My dog's normally white ruff and paws were wet and yellow when they brought him to me.

Our hours are Monday - Friday 6:30am-7pm and on Saturday & Sunday we close at 5pm. We have many dogs to feed on a Saturday night at 5pm so we are very strict about our hours. Not only do we do feedings at that time but we also have to administer medications to many of our boarding dogs. We cannot sit around and wait for someone that wants to pick up their dogs past those hours. You never called and said you were running late and you also showed up more that 20minutes past closing. Our policy is that if you do not pick up your dog they will stay the night or you can pay the fee to pick your dog up after hours. It is no different than a child's daycare in that sense. As far as your dog going home smelling bad, nothing was ever mentioned to us about that. We would have been more than happy to give him a bath but in daycare the dogs run around and play together so they do get a little dirty while here. We are a business and we do have to make a profit but never does that come before the safety of the dogs and cats in our care. We lock our doors at closing time for everyone's safety and so that we can fully direct our attention to the boarding dogs we are caring for.
5.0

We frequently use Morgan's Paws for our Akita/Chow mix, Kaji. Many kennels and day cares will not work with this breed, but after a temperament test, it was determined that he was fit for their facility, and it's been a wonderful relationship since. Our dog has been going to MP for 3 years now, both for overnight and for doggie day care. Note: if your dog is not socialized, you can still board there without the playtimes. We've never used that option.The suites are clean, the employees friendly and attentive to the dogs. There are video cameras in the playrooms and you can ask to have a password to the camera in your dog's suite, if you prefer. They require kennel cough treatments every 6 months, and can administer intranasal ones if your dog isn't up on his/her vaccination. With a retail center, a pool, grooming center and more, MP is a one stop shop. I can even ask them to pick up or drop off my beloved boy if I am unable to get him, am working late, or will go into work earlier than they are open, for a small fee. My mom was recently ill and passed away - she lived out of state. WIth 1 call to MP, they took my dog in, 2 hours later so I could go to be with her. When they asked when I'd be back to pick him up, and i let them know I really didn't know, due to my mom's critical illness, they said "no problem.. we've got him. Just keep us posted". I'm sure you can only imagine the flood of relief to know that he was going to be well cared for with people he knows at a place we trust. He's my kid, and I couldn't have asked for anything better.

They are wonderful. They are good at welcoming the dogs and they try to learn all the dog's names. It's clean, very accommodating. They have all that I can pay extra to have them bring my dog home if I get stuck at work. There is a pool there. I buy package deal. They are friendly.

Description of Work
I take my dog to Morgan's Paws Pet Care Center LLC every week.