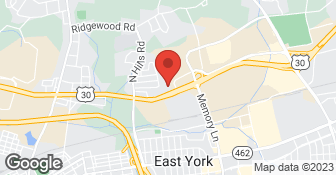 They do quality work, it's just expensive.

They do a good job. They are awesome. It is a brand new truck so I haven’t had to have a whole lot of service done on it. Everything that I have had done from them when I had my old truck was good. They bought my old truck and did delay my payments. I am happy with them. They are very quick and the responsiveness is very good. I will be going back to them in a couple of days to have warranty work done.

Description of Work
I take my truck to Beasley Ford where I bought it for auto service. My last visit was for an oil change, top fluids and tire rotation.

I will use the services of Beasley Ford Lincoln in the future.

I was very impressed and I usually have European cars, the Subaru is the first non-European car I've had in 50 years so I love the German-made cars but since I'm now retired, I'm 76, I didn't wish to spend that amount of money on a new car, I thought that was foolish because I drive like utmost 8,000 miles a year and that's if I go to Florida or up to Arizona so I don't want to put that much money on a vehicle. They gave me an excellent deal because I told him I'm not going to spend a lot of time bickering, give me your best price now because I have other places to check out on my list, so many times men don't believe women when they say that and the real estate people are the very worst. I've had people who lose on deals because I said I'm not beating around the bush, I don't want you to call me in 2 weeks or not before a month, give me the best deal now and they don't believe me. I dealt with an inexperienced salesperson, he's new on the job but very responsive, very considerate, not pushy, very knowledgeable about the Ford line and it was on my price range, they gave me a nice trade in for the car I had and it was good financing too but I didn't take that, I just paid outright because I'm not good at financing. I thought I got a good deal. I do take my car there for maintenance and they treat you outstandingly well.

They do a wonderful job. They are a little pricey. When it is fixed it is fixed.

Overall the experience was great. Everyone we had dealings with at Beasley was very good.

Description of Work
We were in the market to purchase a Lincoln MKX and went to Beasley Lincoln and met with Dan Meisenhelter, who treated us with the greatest respect. He was very helpful and knowledgeable in all aspects of the cars we were considering. He gave us a fair price, and a very good price for our trade in. When we picked up our new car he couldn't be more helpful, explaining all the options in detail. We left being very comfortable with our new car and the knowledge that we could call Dan with any future question.

My husband and I have never been more insulted in our lives by a car salesman, which was Quinn Johnson. We were trying to work on a deal for a car and we were trying to come to an agreement on a price and a trade amount. We weren't happy with the first offer they provided and simply stated that if that was the best they could do, then we weren't buying the car. The salesman proceeded to go back and forth with my husband and I a couple of times on a price and we still didn't like what he was offering. We again stated that if that was the best they could do, then we weren't buying the vehicle. He then asked if he could come to the price that we wanted, would we buy the car. We stated that we would be very interested in it and we would consider purchasing it. He then wanted us to sign to an agreement before he even had the final ok from his sales manager and he was very pushy about the sale, even though just before that he gave a big speech about how he worked for us, the buyer, and he would only get the best deal for us, the purchaser. We then stated that we wouldn't sign a thing until we were ready to purchase the vehicle and we needed some time to think about the final offer. We even stated that we would put a deposit down on the vehicle and we were about 90% sure we would purchase the car. The car salesman said that he didn't appreciate the way we were acting and he was getting frustrated. He stated that he had done nothing but respect us and we weren't giving him respect back. We never did anything to disrespect him in any way but state that we weren't happy with the offers he was providing. We ended up walking out of the dealership and we didn't look back. We will never return to this dealership as we didn't appreciate being disrespected and being degraded for having an opinion on auto prices and trade values.

Description of Work
Attempted to purchase a vehicle.

We are very sorry to learn about your buying experience here at Beasley Ford Lincoln. Please accept our sincerest apologies. Be assured that this is not the way we train our associates to conduct business. I can tell you that your sales consultant Quinn Johnson is no longer employed by us. We went back to try and find any records of your visit that might help us to investigate what broke down in the sales process. Regretfully, due to length of time that has passed, and the employee involved no longer being with us, we were unable find anything that might help us determine what exactly transpired during your visit. Again, rest assure that this is not the way we sell vehicles. If it was, we wouldn’t be in business. Should you ever be unhappy about the treatment you receive from one of our associates, please let one of our sales or service managers know about it immediately. They will do everything in their power to try to make things right for you. Please note that our sales associates generally average a 94-98% Positive “Customer Viewpoint” score, which is the Customer Satisfaction Survey that is conducted by the Ford Motor Company. These surveys are sent out to every customer who purchased a vehicle from us. If you wish to see our current Viewpoint standings, please contact us directly and we will email you the latest results. We always try our very best to manage the sales floor, but with eight to ten sales associates and only two managers usually on duty, inevitably something eventually is going to fall through the cracks. It’s unfortunate that you had to be the one that fell through. We try very hard to make each and every customer experience a pleasant one, but as humans, it’s not always possible to do it 100% of the time. I hope this explanation of our practices will in someway help better your perception of Beasley Ford Lincoln, and hopefully you would please give us a second chance to make things right. Once again, please accept our apologies. Thank you.

Myers Auto Body is a family owned and operated business since 1985. We currently have 8 employees.  …

Beasley Ford Lincoln is currently rated 4.7 overall out of 5.

No, Beasley Ford Lincoln does not offer eco-friendly accreditations.

No, Beasley Ford Lincoln does not offer a senior discount.

No, Beasley Ford Lincoln does not offer warranties.