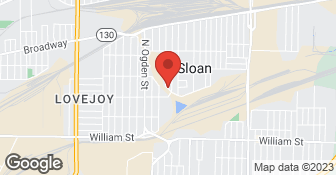 Master Electric Co, ECC Electrical Construction Corp. and Energy Cost Control Corp. in Buffalo, New York, is an electrical and generator company that has been in the industry for over 47 years. Our family of companies provide Commercial, Industrial, & Residential Generator and electrical sales, service and installation. We also provide Energy Control services. Whether your project is for new construction, repair, troubleshooting, renovation, or emergency electrical repair, our highly skilled electrical technicians will finish the task at hand in a timely, efficient manner....

Working with Master Electric was a more terrible experience than I could have ever imagined. Among the reasons were: it took two months for them to start the job, they left the job unfinished for a month with no communication, they had no resources to coordinate any of the activity on the job, they became unresponsive to email, and they were always unprepared for the work. At one point the office manager said that their operation was "a three-ring circus" to which I absolutely agreed. I could go on, but I'll just strongly suggest you do not hire them. It took 6 months for 5 outlets and a service upgrade to be done to my house, which is completely unreasonable. They only reason they don't get an "F" grade is because the job is, finally, actually complete. The worst part might be that at no point did Master Electric express any remorse for the way things went, nor did they try to do anything to try to make things right.

NO ONE from Master Electric of WNY ever contacted me!

Work was good but still no bill. Work was done over a week ago. We have called repeatedly. Keep getting told they dont have bill ready yet

Thank-you so much for the comments and the opportunity to complete your project. It is always a pleasure meeting someone like you and taking care of your electrical needs.
5.0

Issue was fixed as well as recommendations were made to update outside outlet which was old as well as convert light fixture to outlet. These were done.

Thank-you for the opportunity to be of service. We ask our technicians to not only take care of the requested item(s) but review our clients electrical system to make sure they are aware of any other issues we find. Your electrical safety is our first concern.
5.0

Mike was AMAZING. We didn't realize how bad it was.

Paul showed up on time and was extremely knowledgeable. He reviewed the project, we discussed details. I really liked Paul. However, when he left Paul told me he would have an estimate to me in the morning. Morning came and went, no estimate. I wrote Paul an email to check the status and to make sure he had the right email address. He wrote me back two days later and apologized and said he was swamped. But he also said he would work on the estimate right now. Several more days passed by and still no word from Paul. What bothers me is not that he is swamped, but he kept telling me he would get me something and then not do it. I would have preferred if he said I’m real busy and I’ll have the estimate to you in a week, or something to that effect. Instead he strung me along. Now even if he got me an estimate I would not trust his word as to when he would start. A real shame.

Description of Work
Four electric outlets installed on back porch and one in kitchen.

[Member Name Removed], You are correct. I should have got back to you sooner. With the recent storms I was also assisting our techs with emergency's and fell behind.
3.0

Description of Work
outlets to be installed in the garage ceiling so that auotomated controlled doors can be installed.

I can only rate on the response of the company to request for service since they did not perform any work. I sent an email to schedule appointment from their website and I received no response from company. I called another company and they came out the same day and performed the work.

I am very sorry we did not respond. I checked our computer this morning and have no record of receiving a call or e-mail from you. Perfect we are not, but we do return e-mails and phone calls. We have been in business for over 48 years and strive everyday to give the best service we can. I'm glad at least you were able to get the service you needed and were pleased with the response.
5.0

Thank-you for your glowing comments and the opportunity to be of service. It is always a pleasure to work with great people. Enjoy your day! Paul

How is Master Electric of WNY overall rated?

Master Electric of WNY is currently rated 4.8 overall out of 5.

What days are Master Electric of WNY open?

Master Electric of WNY is open:

What payment options does Master Electric of WNY provide

No, Master Electric of WNY does not offer eco-friendly accreditations.

Does Master Electric of WNY offer a senior discount?

Are warranties offered by Master Electric of WNY?

No, Master Electric of WNY does not offer warranties.

What services does Master Electric of WNY offer?