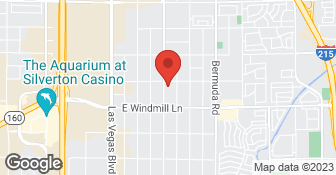 Excellent work and fast service. I will keep this company in the good box

Bob showed up within 24 hours to give an estimate. Showed up promptly at 8:30 am on Saturday morning as he said he would to do the job. Worked all day until the job was finished around 4;00 PM. Kept the areas he was working at clean. Was friendly and a pleasant man.

Description of Work
Cleaned all the ducting in our 2-story house, and most importantly to us, cleaned the coils in the 2 air conditioners in the attic.

Mike did an excellent job. Couldn't start job at scheduled time due to another worker grouting tile but able to come back several hours later. He did excellent job cleaning chimney and fire place and cleaned up area completely when done.

Description of Work
Mike cleaned and inspected my wood burning fireplace and chimney.

Very responsive and courteous. My low review is based on price way too much for the service in my opinion. Will not use again for this reason.

Description of Work
Cleaned the wood burning fireplace, that's it.

I called around 10am on a Saturday and left a message asking about availability and cost for sweeping a chimney. Mike called around 10:30am and said he was available at 8am on Sunday. Around 11am, he called again and said he had a cancellation and could do it at 1pm today. Mike arrived around 12:45pm and spent an hour and half cleaning the firebox, sweeping the chimney, inspecting everything, and trimming some branches that were hanging over the chimney. When he left, the living room was spotless. Easily the most prompt and through chimney sweep I've used.

Very professional and did an excellent job.

Had a little problem getting together but workvwas good

Description of Work
Clean chimney and check for any defects

Showed up on time, did a good job, and was quite pleasant.

The technician arrived within an hour of our initial phone call. He was courteous and friendly and inspected our fireplace and installed a cap on the chimney. We will definitely recommend and use them again.

Went well, showed up half an hour after I called him, it was nice to get same day service. His quote was a little higher than some but he came over quickly, did a thorough job and answered all my questions. He was polite and professional.

Description of Work
Clean and inspect my chimney

They have been great! I find them to be very reasonable. In addition to the sweep, they did some minor repairs to make sure the chimney was working properly. I also used the to clean my dryer vent. I called them for an appointment, received a call back quickly and the technician showed up the same day. He was able to get everything done within a day. He was very good at keeping the surrounding area of the fireplace clean as well. You could not even tell he was there.

Description of Work
I have used their services for a chimney sweep.

Mike came and inspected and cleaned 3 of my chimneys, 2 wood, 1 gas. He showed up on time, and everything went well

The guy arrived, checked out the chimney, laid down blankets to prevent a mess, and got right to work. He did a great job cleaning the chimney but I didn't like that he asked to use my garbage bags and put the ash/soot in my garbage can. It was SO heavy!

Description of Work
Cleaned the fireplace and chimney

I've used this service before many years ago but this time the Chimney Sweep did not leave a layer of soot everywhere. The one issue I had was when I told Robert that when we have our HVAC serviced, the servicing technician used the patio in the back yard to reach the 2nd story. Robert insisted that "it would be okay" and instead, climbed to the roof and walked over my roof tiles to get to the chimney.

Description of Work
Robert serviced our chimney and fireplace after performing an inspection.

Overall the service was great. The guy did a great job and was very professional. I've never owned a fireplace before so the guy took the time to explain everything to me. My only knock on the company is they were not on time but it wasn't a big deal to me because they called to let me know instead of just not showing up. I would definitely recommend this company to others.

Mike came right on time and did a very thorough and professional job...very clean, too!

I needed my chimney cleaned. I called and made the appointment with Mike, he quoted me at $165, which seemed lower than other companies with good reviews. He showed up on time was nice and professional. He cleaned the chimney and showed me a bag full of pine needles and trash that was stuck in the top and probably would have started a fire! He also told me there was no cap on the chimney. He quoted me a price of $100 but since it was just before a holiday, I told him I'd call in a week or so. I checked online and chimney caps are around $50, so another 50 for him to get on the roof and install seemed good. And he didn't charge me additional to come out a 2nd time. I called about a week later and he said he was very busy but would call me when he was nearby or make an appointment farther out. I opted for having him call. 2 days later he called, showed up half hour later, put the cap on in about half an hour. Great service and good rates!

Description of Work
Cleaned the fireplace, cleaned the chimney, installed a cap.

Description of Work
I called up Skyhaven on Sunday and scheduled an appointment with Mike the next day at 11:00 am. He is the only chimney sweep working for the company. I gave him my contact info, and recieved a call from him at about 11:15. He said that he was going to be about 20 minutes late, and needed directions to my house. He arrived at the house at 11:30. This is usually not a good sign for me. However, I enquired about his credentials to perform the work needed. He said the company has all the licenses, and that he himself is certified with NACS (National Assoc. of Chimney Sweeps). He has been cleaning chimneys for 30 years. Mike did an excellent job, and was very neat and thorough. He answered all my questions. He cleaned the fire box, chimney, and cleaned out the ash compartment underneath. The entire job took about 1 1/2 hours. If you don't want a chimney cap installed, he doesn't even need to get on the roof. All the cleaning is done form below at the fire box. I would highly recommend Mike with Skyhaven. I wanted to pay with a visa debit card, but Mike said that they had been having a bit of a problem with that service for a week or so. Paying by the visa would have been more convenient, but I was able to pay with a check instead.

After 10 years of wood burning, I felt it was time to get the chimney cleaned. I called Skyhaven and got an appointment for that very same week. Mike arrived when promised and did a good job. I felt comfortable having him in my home. It's a dirty job and Mike took the time to make sure he didn't leave any mess behind.

Description of Work
I was charged $185 because I have a insert with my wood burning fire place. The service was thorough and the technician was helpful with suggestions on how to close up my fireplace (when not in use) to save on my heating/cooling bill.

The employee was very professional, friendly, took time to answer questions and explain how fireplaces and chimneys work. He was very punctual and cleaned up after his work.

Description of Work
Inspection and cleaning of chimney

Mike was great he was prompt and very personable. He did great work and gave great advise on the use of our fireplace. We have already recommended Skyhaven to a friend.

Description of Work
We had a chimney cap and spark screens installed, our chimney cleaned and our air ducts cleaned.

I would use them again. I was very satisfied with their service.

Description of Work
They came out and cleaned our chimney and put on a chimney cap.

Description of Work
Total cleaning of 2fireplaces and safety check

Covered the hearth and did the work rapidly.

Description of Work
Vacuumed the fireplace and swept the chimney and the cap on the flue.

All statements concerning insurance, licenses, and bonds are informational only, and are self-reported. Since insurance, licenses and bonds can expire and can be cancelled, homeowners should always check such information for themselves.To find more licensing information for your state, visit our Find Licensing Requirements page.
General Information
Free Estimates
Yes
Eco-Friendly Accreditations
No
Payment Options
Check, Discover, MasterCard, Visa
Senior Discount
10%
Emergency Service
Yes
Warranties
No

Skyhaven Air Duct Cleaning is currently rated 4.8 overall out of 5.

No, Skyhaven Air Duct Cleaning does not offer eco-friendly accreditations.

No, Skyhaven Air Duct Cleaning does not offer a senior discount.

No, Skyhaven Air Duct Cleaning does not offer warranties.