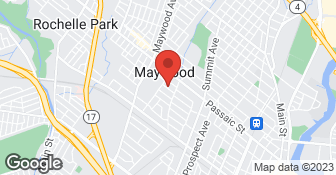 Dennis came to meet me the same day I called. One week later, he showed up with his crew to perform Spring Clean-up. They do a very nice job.

Description of Work
Dennis has been mowing my lawn, and shoveling snow on my property for years. He has also designed and built stone walls , trimmed bushes, and trees and other work around my yard. I am, and have always been happy with his work and fair price charged. I would highly recommend his services to anyone

They took care of my parent's yard wonderfully. Dennis was very professional and understanding of what my parents wanted for the yard. The pricing was extremely reasonable. We spoke to him directly over the phone. He and his crew were punctual and cleaned up the yard quickly - it was the best it ever looked after he finished it! Considering the yard is small, Dennis recommended container seasonal and perennial plants vs our original idea of installation of shrubs. This was a fantastic idea based on the limited budget. We winded up with more then we originally thought. Fabulous! Mom and Dad now enjoy relaxing in the yard.

Description of Work
Yard clean up, planting of perennial garden.

On 10/16/13, I hired DFL Design to prune my property. They did a decent job and I was looking for a landscaper to maintain the curb appeal, so when I received a tentative and quot;2014 Property/Lawn Maintenanceand quot; contract on 1/28/14, I specified what I wanted them to do (based on their details listed) and returned it. This included everything (spring clean up, lawn and shrub treatment, and pruning) except their and quot;lawn maintenance programand quot; which includes and quot;cutting and edging of all lawn areas, weed, cultivate and spade all shrub beds and blow down all walks, driveway, patio areas, etc.and quot; I declined the lawn cutting because his price was too high and we had hired someone else for that. We noticed that the and quot;pruningand quot; had been done but the property was still very overgrown: the grass looked more like a four-leaf clover field, some shrubs were dead, others were wildly out of control and spreading to places they shouldn't be INCLUDING UP THE SIDING OF THE HOUSE AND INSIDE OUR SUNROOM! Clearly, this meant he had not been treating my property. I called and told Dennis that he was neglecting my property but he became insulted that I would say that. He said he passes my house daily and insisted that he has treated it. He justified his work by saying when he treated the property in 2013, he wanted to show me what a great job they do, so he did more than what was listed on this contract. He stated that for this year, the contacted amount does not include the back of my property and that I should go by what he TOLD me and not what the contract said (because obviously the contract doesn't specify just the front yard). He even went as far as saying that I was neglecting the property! I asked him to send me detailed information on when he had treated my property between the spring clean up and then (at this point, September 2014) - this is when he realized he hadn't treated my house at ALL. When he called back, he didn't say and quot;I'm sorry.and quot; His exact words were and quot;Yeah, I have to be to blame for it, I thought she (referring to Lori, his office manager) said no chemicals and it turned out not to be the case. I'm the boss so it all comes back to bite me on the tush so yeah, we can start tomorrow and I can come out.and quot; He didn't apologize and passed the blame! I am also quoting all of this because once he told me I should go off of what he says, I started recording the conversations. He agreed to go back and treat the property but the yard still looked horrendous! He didn't trim much of anything - I have before and after pictures to prove the shotty job he did. I called to tell him that I wanted to terminate my contract and promptly paid the bill despite his poor service. Unfortunately for me, his company also treats my neighbors lawn. 4 days later, we hear a gush of water and noticed that our sprinkler head was broken by what appears to be his mowers. I have plenty of pictures to prove that the neighbors lawn was cut and based on the lines in the lawn, it falls right on top of my broken sprinkler. When I formally notified him in writing, he asked Lori to reply. She stated and quot;He suggested that you contact the company that you use to maintain your landscape needs, as our company does not maintain your property.and quot; It will cost me much more to have the property brought up to the way it was and he was horrible to talk to and work with. I would say he had a condescending tone and was a bit of a chauvinist. In our last call, he was insisting on giving me some advice as a homeowner but I cut him off and told him I didn't need to hear anything else he had to say. I would not recommend him at all and if you currently use him and are experiencing issues, make sure you document your interactions. I currently have all evidence of encounters in case I have more damage to my property when his people are next door.

Description of Work
DFL Design was supposed to maintain my property. That did NOT happen.

Very well. The yard was ready for the start of the summer!! They do a fantastic job - Always!!!!

Description of Work
Trimmed and clipped back all trees and shrubs

The man who came out was extremely knowledgeable and he had a very artistic flair. The only reason why we did not go with him was that we had some roots from the tree that was taken down that would need to be ground down and so we wound up just using someone that had the equipment for that. We actually might use his service in the future. We were just going to have our old pavers removed and have them replaced after everything was leveled and he recommended just new pavers because most of the cost is in the labor so we were so thrilled about that. The prices that we got were comparable for brand new patios versus removing the old ones and replacing them. I loved that about him.

Description of Work
We got a quote from DFL Design Inc. in September for doing a whole new lawn, patio and walkway.

They were excellent. I got the service that I paid for in terms of the pricing. They were very professional which was why I hired them. They did an excellent work. The quality of the materials that they used for the work was the best that one could get for the money in this season usually. When they did things like pavers, stonework or masonry, they did very nice work. They were higher end in terms of the pricing but the quality of their work was high. Their price was proportional to the value and these were not the people to work with if you were looking for low value. They were not the 'cut rate fly by name type'. Their price was fair and their work was of high quality. Their responsiveness was excellent. They were always on time except for the times that they did snow clears as it depended on the amount of snow that they cleared and where I was on the list. But, they would always show up and take care of the work although it may not be at 06:30 in the morning but at least by 10:00 in the morning. They were absolutely professional. Mr. Dennis Ferraioli always inspected the job and gave feedback to his crew as he had multiple crews. If he did not like it then he would bring the crew back and have them do it again. These were not the people to work with if you were looking for bargain based work but if you were looking for manicured, professional looking and beautiful work, then they were the one that would do it. One could look at the pictures on their website to get an idea of their work.

Description of Work
I have used the services of D. Ferraioli Landscape Design, Incorporated on the 26th of April 2011 for reseeding and some other landscaping things.

TERRIBLE FROM START TO FINISH. DO NOT USE.

Description of Work
This guy way overcharged me for my landscape work, but I went along with it because he showed up on time to the initial appointment and appeared friendly and professional. I was assuming that I would get personal, hands-on approach to my job. When the time came to do the work, he used day-laborers that he had just picked up from the street earlier that day who could not speak a word of English and Mr. Ferraioli did not speak their language. He gave very quick instructions and left for the day. The workers did the best job that they could, but there was no one at the job site who supervised the work. The work was a disaster! The guys broke an electric line (Ferrailoli did not fix), planted tall expensive trees underneath the main electric and phone lines. Then Ferraioli apologized for the work that was done and wanted $800 more to make the project better. Terrible experience, terrible workmanship. THIS GUY IS IN IT FOR THE MONEY AND WILL DO THE LEAST WORK POSSIBLE TO GET HIS MONEY ONLY. DO NOT USE. DO NOT USE.

WE ARE HAPPY WITH THE ADVICE AND IDEAS THAT THEY HAVE. THEY ALSO WILL WORK WITH YOU IF ANY PLANTS FAIL. THEY ARE LOCAL AND HAVE A LOT OF EXPERIENCE. THEY OFFER AN ARRAY OF SERVICES.

Description of Work
THEY MOVED OUR ROCK GARDEN.

D Ferraioli Landscape Design And Maintenance Inc is currently rated 4.1 overall out of 5.

No, D Ferraioli Landscape Design And Maintenance Inc does not offer eco-friendly accreditations.