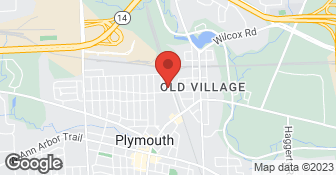 Thank you for considering Kingdom! Our mission is to deliver the highest quality and service! We have been in business for more than 10 years, and have experience in the industry for over 25 years! Our top priority is to provide a worry-free experience to our customers with the the best craftsmanship possible in the most professional way....

Had them install new insulation after an animal problem i had in my attic. It went pretty good.

Hello [Member Name Removed], thank you for recommending our services on Angies List!
4.0

Overall good. Bathroom looks excellent. The workers who came to the house were skilled and professional, and cleaned up well at the end of the day. All fittings and fixtures are exactly how we wanted them, and the price seemed fair. Communication with this company is not their strongest suit. They finished well behind schedule, also. Brian is excellent, as is Tim.

From start to finish Kingdom exceeded our expectations. Their estimate by Brian was very thorough and dealing with Brian and Crystal for material selections was great. Chad and Paul were reliable, professional and always easy to deal with. We were kept informed daily on what was going to happen next and if we had any questions, Paul returned our phone calls promptly. I would classify this company as professional and extremely trustworthy, which is most important. We would definitely hire Kingdom again and recommend them to family and friends, which we have already done.

My husband and I decided to purchased our first home and that purchase was a fixer-upper. The home that we were interested in had been in a bad fire. The damage was mostly cosmetic, thankfully. We got a great deal, but it needed a lot of work. The entire home would be renovated. We decided to use an FHA 203k Renovation loan. This is a unique federal loan and we needed a bank and contractor with experience in order for the process to be as smooth as possible. Kingdom Construction & Remodel was our choice since they quoted within our budget and were very friendly. They were professional and knowledgeable of our special loan which gave us comfort. Kingdom also has secretaries that handle the communication, (Peggy and Crystal) Brian handles the finance side, and Chad, the project head. The initial start of the process went smoother than we expected. We had all of the paperwork done and renovation started mid Dec. 2016. The job was done by different sub-contractors hired by Kingdom. They only thing we had an issue with was communication. There were times we contacted Kingdom for updates and it would take a week for a response. There were a few times the home sat dormant for weeks and we just wanted explanations. The ordering of materials and product selection process seemed a bit scattered, but we got it done. Overall, we are happy with the work done on the home. The work is so good that the neighbors are asking who did it. There were a few hiccups, which we hear is normal in this type of situation and there were a few repairs in the home that needed to be fine-tuned which they took care of. There were a few things that were missed like our screen for the back door, which we are still awaiting repair. Kingdom is a good company and I hope they learned from working from us, as we gained knowledge of contractor partnership and renovation from them.

Tim, Brian and Joe have been to our home several times in the last few months. We used Kingdom Construction for our Kitchen Remodel and to repair our basement after a flood. They have done FANTASTIC work and we will use them for our upcoming Bathroom remodel. The crew is friendly, they clean up after themselves, they start early and work hard all day! They have earned our trust and the least we can do is recommend them! Kingdom is our choice for home improvement projects!

Description of Work
Tim, Brian and Joe have been to our home several times in the last few months. We used Kingdom Construction for our Kitchen Remodel and to repair our basement after a flood. They have done FANTASTIC work and we will use them for our upcoming Bathroom remodel. The crew is friendly, they clean up after themselves, they start early and work hard all day! They have earned our trust and the least we can do is recommend them! Kingdom is our choice for home improvement projects!

Great Jeff and Joe did an excellent job trimming the interior and paid attention to detail Jeff did a good drywall fix.They worked very hard and effieciently. I would highly recommend them and will definately use them for future projects.

Thank you for the kind words! We are dedicated to treating our customers with the utmost care while providing quality workmanship. We look forward to working with you again in the future!
4.0

Brian visited the house and provided a written list of all work/items included in the estimate. During the entire process, Brian was very responsive and answered all questions promptly and clearly. The quality of communication with the office staff varied and was not always clear or timely. A recommendation for hard-wired smoke alarms was made and described as required but after some independent research I learned that these were not necessary. On several occasions I was told that workers were coming that day but then they didn't appear. Some work needed to be redone and this was completed successfully without any hassle. The workers did not partition that area of the basement off with plastic, so I was left with clean-up at the end of the project. The project took longer than estimated to complete. This could matter to a homeowner who has a tight deadline. There were some frustrations but, in the end, the quality of the work was good and the price did not deviate from the estimate. I think Kingdom Construction has the potential to become an excellent company.

Description of Work
Kingdom installed a half-bath in the basement and replaced the bottom set of steps into the basement.

Description of Work
Job entailed renovating basement (post flooding and professional abatement) to add a full bath and finish the main area as a living room/play area with egress window. This also included continuing the flooring up the stairway to the back foyer of the house.

To call Kingdom Construction a contractor is like calling Mario Batali a cook. Everything they execute is with artisanship and eye for detail. This was a complete rehab project and required craftsmanship and quality. From a beautiful execution of ceramic tile in a completely redesigned bathroom, long-run installation of bamboo flooring, matching the fireplace base with the same granite as the kitchen countertops, finding the exact ledgestone for the fireplace surround, expert painting, creating a custom mantle, replacing drywall, complete tear off and installation of vinyl siding, installing cabinetry, creating living space where none existed, to every other aspect of their work I can't find enough superlatives to express my opinion. Chad and Bryan are excellent at making your vision a reality. They are a pleasure to work with and listen to your explanations. They work hard, they show up on time, they complete the work they take on, they are honest and trustworthy. This was a huge project and they delivered on everything I envisioned. I am very specific in my requests for the most part, but as they learned my likes and dislikes offered suggestions that enhanced the outcome. Kingdom Construction is my trusted adviser, collaborator, and "go to" company for high quality results at a fair price. They're not the least expensive nor the most expensive but the value and quality received along with minimal stress encountered during the project easily make them worth an extremely high recommendation. They're currently quoting another project for me, and that should be testimonial enough. It's an added bonus to find a great group of workers that doesn't fill the air with profanity, cleans up the work site each and every day before leaving, treats neighbors of the workplace with respect, and conduct themselves in a thoroughly professional manner all day, every day. Another aspect about this company that needs to be highlighted is their firm belief in giving back. I applaud them for the work they do outside of construction to help make this a better world. There should be more Kingdom Constructions in not only the business world, but throughout society.

The were all very professional. They did a good job and did it in a timely matter. There price was fair

Over 41 years of operation in Outstanding Landscape design, Paver's, Hardscaping, Retaining walls and Drainage Systems, installations. All Type Landscape was founded in 1979, 41 years ago with one goal in mind - to provide full range superior landscaping services, including landscaping, hardscaping and drainage solutions, all at affordable rates. Our company has grown over the years from a few person operation into a full staff of professionals able to meet your every landscaping needs. We are dedicated to building long term relationships with our clients by providing the highest standard of quality on each and every project we do. Our reputation for customer satisfaction in the S/E Michigan area is what has made All Type Landscape an award winning customer service company.  …

In business since 1995, we have serviced all makes and models of garage doors and automatic openers within the Metro Detroit area. We have built our strong reputation by providing quality service at prices you can afford. So, go ahead and give us a call. Our experienced service professionals are ready to repair your garage door – right now. We can have your garage door up and running fast and reliably with same day service Monday through Sunday. That’s right; we’re open every day. If we can’t fix it, your service call is free. Our friendly customer service representatives will take careful notes to understand your garage service needs. We then schedule same-day service by one of our skilled garage door repair professionals. We service all makes and models of garage doors and automatic openers with high-quality, brand-name parts, such as LiftMaster, Stanley and Genie garage door openers. Ask about our 3 year part warranty.  …

When you are in need of garage doors of the highest quality, Tarnow Doors has got what you're looking for. Our company has a large showroom that features a vast array of garage doors, door openers, entry doors, storm doors and motorized screens. We also offer products from leading door manufacturers, such as Clopay, LiftMaster, Therma Tru, Fox Aluminum Products. Additional email - budattarnow@yahoo.com, Phone # 800-822-7302.  …

Kingdom Plumbing & Drains is currently rated 4.7 overall out of 5.