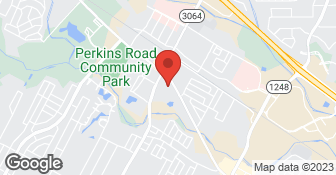 We specialize in handyman services, home repairs, and more! We guarantee your satisfaction, and we won’t leave until the job is done right. We pride ourselves on the quality work we provide, while delivering great customer service! Check out all the services we offer below and call -or- click to schedule a free estimate today  …

"Mike" explained the repairs and the completed maintenance performed very well. He also provided helpful tips in maintaining the lawn mower (push mower). I would definitely recommend this company to family and friends.

Description of Work
A lawnmower that would have otherwise been fit for the dump, was salvaged and at a cost-efficient price. The price was excellent for fixing the mower. It looked like new when I picked it up.

All interactions were courteous and the details of the work explained very well. The cost was very reasonable and the work quality excellent. I highly recommend Clifford's and will use them again.

Description of Work
Cleaned gas tank, cleaned air filter and carburetor. I brought my mower into the shop. The gentleman gave me a ticket and told me there was a $30 service fee which would be included in the cost of repairs. I received a call about a week letter explaining what needed to be fixed and was given a price. I was able to pick my mower up the following day. I mowed my grass the next day with no problems. I'm overall pleased

Excellent! They were forthcoming when it was dropped off that estimates usually take a maximum of two weeks; and that once the estimate is accepted, the work is generally completed for pick-up the following business day. They explained that if I felt the mower was not worth the cost of repair that I could leave the mower with them which they would use for parts for other repairs, saving other customers $$ for used parts, which they do when advisable. When they called with the estimate (Mike), he said the old mower was actually in good shape but for my apparently having used old gas in it, which was absolutely true. Mike took the time to explain how the fuel breaks down and that he would not advise using fuel older than three months in Anything. That was really helpful info for me, a female. I was just surprised at the level of professionalism and courtesy ... the time he took with me. I accepted the quote and picked up the mower the following Saturday. Very grateful for the Sat. hours! Again, it was Mike who helped me. He cranked the mower and pointed out some other parts that they replaced at no charge because they were used (hand-screws and the like on the handle that were frozen and/or broken off so that I could not collapse the handle any longer. The mower practically looked like new. THey had really cleaned her up! Thanks Clifford's! And thanks, Mike. P.S. They don't really seem to answer their phone, And I do wish they would add a pick-up service to their services. It would be worth an additional $20 to me!

Description of Work
Repaired my Snapper lawn mower that is about 12 years old.

They have excellent price and service. They also have a good scheduling and timing.