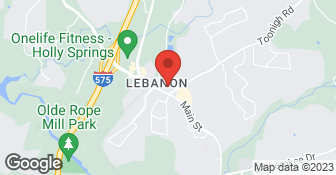 I give them and overall A rating because I had a complicated job and they were willing to customize and work with me. I wanted to provide some of the carpet pad myself, wanted some carpet removed without installation and some removed and replaced. I already had measurements from Home Depot and they used those measurements instead of requiring another measure (I had to accept responsibility if measurements were wrong). The workers showed up within their 2 hour window of time and did a good job. Even remove the tack strip in the portion where I was not reinstalling carpet. My only complaint is from the very beginning I had discussed the install date as must be installed date. The sales person apparently wrote down the wrong day and scheduled me for several days later. Thankfully I called a couple of days in advance to confirm the date and time and that is when the scheduling issue was discovered. They did switch up the installation but instead of the morning like we discussed it was pushed to the afternoon. Everyone makes mistakes and in this case Cherokee handled it well and got it corrected. They were not the cheapest people around, but the service was good, professional and I would use them again and would much rather give my money to a local business than a big box store.

Description of Work
We purchased new carpet, pad and installation.

Description of Work
Cherokee Flooring is in our community and we wanted to support them. We took quotes from them and two other companies for carpeting our home. We stopped in several time to talk and they were very informative and professional, however they do charge to measure, and were more than $400 more expensive then the others on the exact same item. We asked them negotiate on price and the sales woman took my number for their manager to call me back. We stopped in again, but still no call back. In the end we wanted to do business with them, but they were much more expensive for the same thing, and never called us back. We ended up going with Excel Carpet and Flooring

Description of Work
Cherokee flooring installed 5 rooms are carpet and did a fabulous job! Their prices were great, especially on one type (we had 2) and I couldn't find anyone that could beat it. I was a little nervous based on other reviews, but I was 110% satisfied. The install was perfect too and I haven't had to call with any issues. I highly recommend them!

They were excellent and wonderful. I could not have been happier with everything, their whole process. From the time they estimated it to their workers and that they did another form of the house with the same type of material. Their skills were amazing and the product is excellent. I would use this provider again in the future.

Description of Work
I used them for installing floors.

Integrity Services Atlanta is family owned and operated. Owner, Brian Bennett, has been in the construction industry specializing in painting and hardwood flooring for over a decade. ISA employees are trained and skilled professionals. All our work is carefully supervised and inspected during each phase of the job. This assures complete customer satisfaction before, during and after completion of the project. Integrity Services Atlanta is a full service painting, flooring & roofing company offering quality care and expertise in repairs, specialty finishes, and everything in between. From the interior to the exterior, ISA blends shades of coordinated colors to enhance architectural design and building materials. We use water-based or oil based finishes which are available in natural or stain, providing a wide variety of colors to choose from. The use of plastic drops and vacuums on our sanders minimize dust. We use only reputable manufacturers products.  …

JCB FLOORING, Providing quality and effective hardwood flooring service for the Metro Atlanta since 2012. We guarantee your satisfaction and we won’t leave until the job is done right. We pride ourselves on the quality work we provide, while delivering great customer service! Check out our hardwood floor services offered and call or click to schedule a free estimate today.  …

Concept Flooring is all about making your flooring project a success with 4 easy steps. 1. Quick phone consultation with a dedicated Project Manager. 2. A convenient in-home appointment where we bring the showroom to you. 3. A dedicated Project Manager who will work with you from beginning to end. 4. Assurance knowing your installation is backed by our Lifetime Installation Guarantee. We can't wait to help you find the best solution for your flooring project.  …

We specializes in carpet, vinyl, hardwood, laminate. We offer sales and installation for all of these particular floor coverings. We also offer a customer support/service depart so that we can quickly address your concerns and needs with regard to floor coverings.

Ceramic Tile (At this time)

CHEROKEE FLOOR COVERING INC is currently rated 4.9 overall out of 5.

No, CHEROKEE FLOOR COVERING INC does not offer a senior discount.

CHEROKEE FLOOR COVERING INC offers the following services: We specializes in carpet, vinyl, hardwood, laminate. We offer sales and installation for all of these particular floor coverings. We also offer a customer support/service depart so that we can quickly address your concerns and needs with regard to floor coverings.

Are there any services CHEROKEE FLOOR COVERING INC does not offer?

Ceramic Tile (At this time)