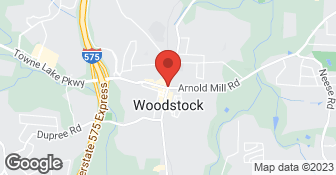 Bulldog Roofing & Contracting is a Full-Service, Certified Roofing Contractor, with over 25 years of combined experience in all areas of roofing & general contracting services. We offer Insurance Claim Support & Emergency Roofing Repair Services. You can count on Bulldog Roofing for speedy reliable service when you need it most. No roof is too big or too small. We offer affordable solutions for everyone. Our Roofing experts are highly skilled and have all undergone rigorous training. Protect your investment with a reliable roof....

This experience was phenomenal! Keegan and Jeff provided the best customer service I have experienced as a home owner. Not only were they prompt, honest, and kind; they also value me as a customer. They went over and beyond with providing my roofing needs on a very short schedule and at my ability to afford. I enjoyed the personable attitude and the genuine wanting to help and fix the problem. Marvelous company! Would definitely hire again.

Description of Work
replaced roof on my home and shed with 30yr shingles, upgraded to a ridge vent and replaced all 3 plumbing jack covers.

David was courteous, answered every phone call and inquiry on time, and went above and beyond to make sure we were taken care of. He helped from explaining the entire process and worked out all of the logistics for us to be able to close on our house on time. David thank you so much for all of your help on our roof!!!

Description of Work
Provider worked with me and explained the process for filing an insurance claim to fix my damaged roof. David was extremely patient, was knowledgeable, and worked through every detail of the process with me from start to finish

Description of Work
Bulldog Roofing repaired all rotted trim, replaced hardcoat stucco on kitchen wall, installed new roof (insurance), painted the house, installed two new windows on second floor and installed insulation in attic that had been carried away by squirrels. | |Bulldog coordinated a group of contractors and did an excellent job. Worked well with insurance adjuster to assure maximum value for us related to wind and hail damage on roof.

Buyer beware, unlicensed, unqualified, and likely to sue you. We received several bids for our roof and some additional work. David McCollum (owner) from Bulldog told us we had some storm damage and should think about filing a claim with our insurance. He said he could "help us through the process" if we agreed to sign his agreement form. We asked him if he was a licensed contractor and if he was insured for roofing. He replied that he was indeed licensed, bonded, and insured. We also asked if it was his crew doing the work or subcontractors, he said they were his crew under his supervision. His website says that he is licensed, bonded, and insured. It also says he can do any general contracting work for you. Even his Angie's list and business license says that he is fully licensed for all construction type projects. We signed the agreement that he could be our roofer if we got our insurance claim, thinking he was on the up and up. He came out to meet the adjuster and put a tarp on our roof (more for show, since it wasn't leaking at that time) We then had 5 days of very confusing back and forth dialog via phone/email. He refused to put the scope of work, price, type of material, or timeframe in writing. He kept saying that the "agreement" was our contract even though it didn't have any details. We got suspicious when he kept trying to put us off past the 5 day recession period on the agreement so we did some background checking. Turns out he is not a licensed contractor in the state of GA, he is insured but has no other employees so he didn't have "his own crew" as promised. We canceled our agreement with him in writing within the 5 days. He then sued us (in Cherokee County) for the full cost of the roof and all interior work (over $15,000) even though he hadn't done anything but install a tarp incorrectly. In court the judge ruled that his contract was unenforceable since he was trying to act as a General Contractor for work above and beyond the roof, which is illegal in GA. He argued with the judge that he was licensed and the judge had to explain that a business license is not the same as a professional license. Something you think he would know since working as a an unlicensed contractor can land you a fine or jail time in GA. He later emailed the judge to say he was a "specialty contractor" exempt from the need for a contractor's license. Even then the judge said no (in a written letter later sent) He did not believe it was the intent of the GA legislature for a person to combine different specialties that didn't require a license and still act as a General Contractor. Bottom line is...hire someone who knows what they are doing instead of a slick talker with a non construction background. We found out the hard way that GA is one of the few states in the South that allows a specialty contractor loophole for something as important as your roof. You might just end up with a mortgage broker doing your roof and never knowing it. If he hadn't been so shady within the recession period we probably wouldn't have known... This whole thing took months to resolve when all we were trying to do was get a new roof.

Description of Work
Roof inspection, installed tarp then sued us.

This review is nothing but slanderous inaccuracies. Bulldog Roofing and Contracting is a licensed & insured roofing & contracting business. At no point has David McCollum nor Bulldog Roofing & Contracting mislead a potential client by claiming to be a licensed 'General Contractor'. If a potential client has any questions or concerns, they should call Bulldog Roofing & Contracting to address their concerns. We will be happy to provide any potential client with Bulldog Roofing & Contracting's license and insurance, as well as a long list of satisfied clients. If any potential client has a question regarding our license and insurance, they are also welcome to call the Secretary of State & Cherokee County Business License Development Service Center. What they will find is that Roofers, in the state of Georgia, fall under the guise of "Specialty Contractor", and thus are not issued a 'specialty' license for Roofing, outside of an Occupational Tax Certificate. Please also familiarize yourself with the following exerpt directly from the Georgia Govenor's Office of Consumer Protection: http://ocp.ga.gov/consumer-topics/building-contractors The website states: "Please note, however, that certain specialty occupations such as roofers, painters, drywall contractors and repair handymen will be exempt and thus not licensed by the state." The previous excerpt can be confirmed by calling the SOS, they will reaffirm exactly what the site states. We take pride at Bulldog Roofing & Contracting in the fact that the majority of our business is from referrals. You won't catch us knocking on doors, or cold calling your home while you're enjoying a family dinner. We take every measure to make sure our clients are 100% satisfied with every step of the re-roofing and/or renovation process. To any potential clients, please don't let this slanderous & inaccurate review deter you from contacting Bulldog Roofing & Contracting.
5.0

Bulldog Roofing came, did an inspection, and told us we had hail damage and needed to contact our insurace company - no charge. he first inspector came out and took pictures of our roof FROM THE GROUND, never went up on the roof. First request denied by the insurance company. At David's rcommendation we called the insurance company told them their inspector had never been on the roof that the pictures were taken from the ground (I was home) and they sent another inspector. This time David McCollum (Bulldog Roofing) met the inspector at our house (the first inspector showed up without telling anyone he was coming) and took him up onto the roof pointing out several areas that were damaged by storms. This time it was approved immediately. The Bulldog Roofing crew came out, replaced the roof, did additional repairs that we did not know were needed with no additional charge, cleaned up the area and hauled everything away. You would have never known that anyone had even been working at the house after their clean up. David was there supervising the entire time. The roof looks great, and we've had no further problems. We have recommended him to several people who have used their services and every one of them have been just as pleased as we are. Would recommend this company to anybody at any time. Have since found out that they do additional work besides repairs that other neighbors have been just as happy with. Good company, good people!

Description of Work
We had hail damage and needed and new roof.

If you are looking for a Atlanta Painting Contractor, you have come to the right place! J. Stevens Painting is a full-service interior and exterior paint contractor serving Atlanta and the surrounding metro area. We are THE painting contractor Atlanta calls on for detailed estimates, competitive pricing and on-time appointments. Whether you’d like to paint an accent wall, or the entire interior and exterior of your house, no job is too small, or too big for J. Stevens Painting. We always go the extra mile for our customers to ensure there is minimal disruption to your household or business. J. Stevens Painting will complete your painting project beautifully and on time.  …

Yanover Constructions sole mission is to offer the best quality service at a competitive rate. We offer professional interior and high-quality exterior painting services. Our promise to our clients is that we will use only the highest quality materials on their home or business. Our tradesmen are customer oriented and trained to deliver the highest quality service in the industry. Our workmanship speaks for itself. We don't cut corners to save a little money like other contractors, we want your repeat and referral business and we treat you like it. We are a licensed Residential General Contractor and also offer Remodeling and Renovation services!  …

Bulldog Roofing & Contracting is currently rated 4.3 overall out of 5.

No, Bulldog Roofing & Contracting does not offer free project estimates.

No, Bulldog Roofing & Contracting does not offer eco-friendly accreditations.

No, Bulldog Roofing & Contracting does not offer a senior discount.

No, Bulldog Roofing & Contracting does not offer warranties.