Metro Water Filter of the South 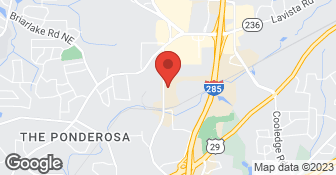 Family owned and operated since 1972. Over 10,000 satisfied customers in our company database. We correct water problems for well water and city water. We do a free water test to determine exactly what the problem is with the water to include a bacteria test. We determine what filtration system is needed to create clean, safe water for your family and will provide you with the estimated quote. Metro Water Filter of the South includes service on all residential and commercial applications....

**2018, 2017, 2016,2015, 2014, & 2013 SUPER SERVICE AWARD WINNER!** During the past 30 years, Casteel Heating and Cooling has been one of the most respected names in metro Atlanta for heating and air conditioning. Since then we have grown and added a Plumbing and Electrical division with some of the industries best technicians! We are now offering experts in hydro jetting to clear even the worst clogged drains in your commercial or residential property. With over 30,000 5 star and A+reviews, the #1 Plumber in Atlanta as voted by Atlanta Home Improvement Magazine, and having been awarded Top 25 Small Business of the year -7 times in a row, Casteel is your only call to have your home repairs completed in a timely and budget friendly manner by the best! When we say "We'll take Amazing Care of You," we guarantee it! Your Amazing Care continues to our craftsmanship, technician know how, and even to the job clean up. Your home will be left as if we were never there. Knowing that you are a satisfied customer is our top priority and each survey is personally seen and responded to. As one of the top Heating, Cooling, Plumbing and Electrical companies in the metro Atlanta area, Casteel is your one and only call for your home service needs.  …

If you are wanting fabulous water at your home or office, I highly recommend Metro Water Filter of the South! They just came out to my house for their 5 year filter change. So amazing to see the old filters compared to the new filters. They have great customer service! My daughter is now at college and asked what she missed the most about home and she said the water!!! Christy Scally, Agent Scally Services Keller Williams Realty Community Partners 404-660-2919 mobile 678-341-7400 office [*** Link removed ***] #bestdrinkingwater #filteryourwater

Metro was spectacular. The initial meeting with Matt to discuss options was informative and at the time promised (5 minutes early). We agreed on a system and price and had a installation crew within days (also on time). Installation was quick and flawless. The system works and the quality of our water is outstanding. I can't give a higher recommendation to this company.

Description of Work
Purchase and installation of a whole-house water filtration system and a reverse osmosis system for drinking water.

Danny was prompt, courteous, and professional throughout the process. Office staff made sure messages were delivered in a timely manner and phone calls were usually returned the same day.

A water leak developed around a filter unit connection sometime after the last filter replacement. The leak was not discovered until later. The presswood cabinet floor had become saturated and broke up. Metro Water Filter was contacted, and they uninstalled the system the following day. While at the house Metro Water Filter checked the water pressure, which was determined to be running at 80 psi with spikes over 90 psi. The water filter system is rated for up to 80 psi. The owner of Metro Water arranged for repair of the sink cabinet floor by a local Construction contractor. While waiting for the cabinet repairs, we had a plumber inspect the water system. The plumber indicated that the pressure reducing valve was not holding to the set pressure properly. He recommened that the pressuring reduing valve be replaced, which was immediately done. The house was only 2.5 years old. Metro Water Filter reinstalled the filter system a day after the the cabinet repair. Metro Water Filter was very professional and took responsibilty for the problem without complaint. The cabinet was repaired and the system was up and runnin within 1.5 weeks. Metro Water filter added a safety valve on the filter system to ensure that house water pressure did not exceed 60 psi in the filter system. Metro Water Filter of the South is highly recommended as an ethical and professional company.

Because I had the wrong date for the service call, I put a note on Angies List of a missed appointment. This was my error. I want it to be known that this is the best company that I have ever worked with. They do a tremendous job and are very informative with answering questions.

Description of Work
Danny checked the system and found all to be in good working condition.

I was very pleased with the services and quality provided. The installer was extremely courteous and very professional. I would definitely recommend their services without reservation.

I had requested the same service man that had done the installation but he was not available. The man that came out this tine was just a knowledgeable as the previous person and just as helpful. He checked both the water softener filter and the iron filter and left us 2 free bags of salt pellets. The filters had started running at odd times of the day instead of in the middle of the night. I asked about that and he asked if the electricity had been out and it had been when a neighbors tree fell across some power lines. I did not think about a clock on the filters needing to be reset when the power goes out for more than a few minutes. He reset the clocks and showed me how to do it if I need to in the future. We also had some sediment in the toilet tanks and he gave me a bottle of something that cleared them all up in just a few minutes.

Description of Work
Checked filter systems they had installed for our well water a couple years ago.

Service technician was punctual, courteous, clean and organized. The system was installed within 30 minutes. The system can move with me.

Thank You so much for the A review. We strive to provide excellent customer satisifaction....and we are always very happy in having the ability to provide every customer a solution to whatever water problems they may be having. If you have any questions about your new system at any time please feel free to give us a call. We are here for you 24/7.................Thank you againg for choosing Metro Water Filter of the South. Please feel free to visit us on our new web site www.metrowaterfilter.com and also visit us on our facebook page. Patrick Kinney,,,,404-218-3114 Operations Manager Metro Water Filter of the South
5.0

The service and timeliness of this company has been terrific every time we have called them. We have done business with them for at least 15 years now. They have helped with every water problem our wells have developed.

Thank you so very much for posting this great review on our performance as a company. We take great pride in the ability to solve water problems and to provide customers peace of mind that we are always there when they need us...We as a Company always go above and beyond to insure that all of their equipment is working properly. We do offer 24/7 emergency service to all of our customers.. Thank you again and if there is anything you need please fell free to call us at any time........Metro Water Filter of the South. Corporate office Tucker, Ga. 30340
5.0

This is a family owned and run, and they have been in business for over 40 years. They did a fabulous job, they were very professional, on time, and I would absolutely recommend them to others.

Description of Work
They put in a whole new water softener and also reverse osmosis as well.

Thank you so much for the "A" Review! It is always a pleasure for us here at Metro Water Filter of the South to be able to help solve water problems and create clean, safe water for all of our Angie members. Metro Water Filter of the South is celabrating 41 years in business with over 10,000 Customers. We takegreat pride in our work and as always, "Customer Satisfaction" is always on the top of our list. Please feel free to call us anytime you may have a question or need service. We stand behind everything we sell and install with a 24/7 service crew......Thank you again for the great Review!!!!!!

Residential and commercial water filtration sales, installations, and we offer service 24/7 on everything we sell. Metro Water Filter of the South has been a member of the Water Quality Association of America for the last 13 years and has a Certified Water Specialist on staff. Membership #1043527.

We are a water filtration company, not to be confused with a regular plumbing company. We plumb our own filtration system into your existing plumbing.