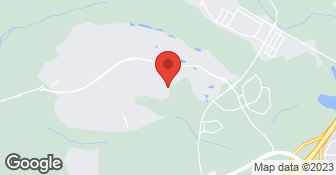 Scottish stone craft has been in the historic restoration business for twenty seven years origionally coming from scotland to savannah ga usa in 1997.We have carried out major stone and brick restoration projects for the government and for companys around the usa including taking part in moving the cape hatteras light house in buxton north carolina which got into the guiness book of records in 1999 for the tallest move.We take pride in looking after our customers whom mostly all come to us through recommendations.All of our employees are all certified for working with lime putty mortars and are all time served brick and stone masons....

I highly recommend Alex at Scottish Stonecraft. He went above and beyond the call of duty repairing our Carriage House wall as well as tuckpointed an entire shared brick wall that divides our courtyard from our neighbor's courtyard--it was a bit of a challenge with our neighbor but Alex charmed him and we got the necessary work done. Both walls look so much better and most importantly, Alex was responsive and dependable.

Description of Work
They came out to install a piece of ironwork into a fireplace.

I am very sorry for your bother but I never received any email from you Mr [Member Name Removed] have a blessed day.
5.0

After living in our downtown historic home for over forty years, the time came when we knew we needed to have major brick and stone work done to repair structural damage in addition to enhancing our home aesthetically. I began by contacting a contractor last December with whom I had worked before. He seemed interested in doing our work and told me he would present a bid to me shortly. Over two months later, when I still had no bid, I contacted a brick mason who was highly recommended to me. He also seemed anxious to do our work and told me he would have a bid to me by the end of the week, four days later. However, almost a month later, I still had no bid from him. Frustrated and anxious to start our work as soon as possible, I decided to check out Angie?s List?and that is how I had the good fortune to find out about Alex Skellon and Scottish Stone Craft. After reading excellent reviews on Angie?s List about Scottish Stone Craft, I went to their website and was immediately impressed by its professionalism and the scope of their work. The next day I called Alex Skellon, owner of Scottish Stone Craft, and we scheduled a time to meet the very next day. Alex showed up exactly when he said he would and presented me with an impressive media kit complete with 8? x 10? color photographs depicting before and after shots of other downtown homes he had repaired that were similar to ours. Of the dozens and dozens of individuals I have worked with during the four decades of living in and fully restoring our four-story Savannah grey brick home, I have never encountered anyone who conveyed so much confidence in the ability to provide the service I needed or showed such attention-to-detail. Before leaving, Alex assured me he would hand-deliver a detailed bid to me within forty-eight hours. Less than forty-eight hours later, I received another impressive folder from Alex which not only included his bid, but it also included 8? x 10? color photographs of our house with areas marked where repairs would be made (followed up with detailed descriptions in the contract). Though any masonry work is pricey, my husband and I felt Scottish Stone Craft?s price was reasonable and fair. By that time, I intuited that Alex Skellon was a man of impeccable integrity and outstanding character who could be totally trusted and would be a pleasure to do business with. As Alex would say, I was ?spot-on.? Our project began exactly when Alex told me it would, and it was actually completed a little ahead of schedule. In addition to repairing structural cracks and broken Savannah grey bricks (with whole Savannah greys hand-picked by Alex), new lentils and window sills were crafted for our front and side windows; a new limestone band was constructed to replace the deteriorated one on the front. The color of the mortar for the sills, lentils, and band was identical to the original color; the mortar used to point up the bricks was also the color of the original mortar, which blends in with the old mortar and maintains the 19th century look we wish for our home to maintain. Throughout the almost two months it took to complete our project, my husband and I have nothing but praise for the manner in which the two brick masons, Omar and Sam, expertly performed the work assigned to them and the courtesy and respect they showed to us and our property. Alex stopped by often to check on the progress and was always willing to answer any questions or concerns I had. Whenever I left word for him or sent an e-mail to him, he responded promptly. Once the work was completed, Alex brought me ?after? 8? x 10? color photographs to compare with the ?before? ones he presented to me earlier. It is rewarding to see someone take as much pride in their work as Alex Skellon and his team do?and after seeing the amazing results they are able to produce, it is understandable why they are so proud of their work. I share their pride and will be bragging about Scottish Stone Craft and the outstanding work they did for us for a long time to come. It is without reservation that I highly recommend Scottish Stone Craft to anyone needing any masonry work done, and they are definitely who we will use again if we ever have any masonry work to be done. I have often been accused of being an ?attention-to-detail perfectionist,? but I have nothing but praise for the stellar quality of work performed by Scottish Stone Craft and the unmitigated professionalism of Alex Skellon.

Alex was awesome - both professional and personable. He came out and leveled our yard and then placed a concrete slab for our RV, adding fiber and rebar so it won't crack with the weight. We just purchased the home and wanted it complete when we drove the RV there from another state. He had it ready and to top it off, had texted us pics of work in progress. He came back to fill in some missing spots from the original owners. Anytime I need new concrete, I am calling Alex!

Alex was amazing from start to finish. Very professional and made my wall project look great. I will be using him very soon to complete a stepping stone walkway.

Description of Work
When we purchased our house the back patio consisted of very old and ugly concrete. Stone Craft suggested we use "blue stone" to cover the area and border the area with a small brick wall (about 4" in height). The patio has been completely transformed and is quite stunning! We now have a beautiful outside living area. The owner of Scottish Stone Craft, Alex, is extraordinary and very, very professional. The care and skill employed by Micquel and Juan (two members of his company) were exceptional. Laying stone of this weight is not an easy task and the patience and effort they expended daily was outstanding. They also re-pointed our front courtyard area and did an exceptional job. We plan on using Scottish Stone Craft very soon to re-point another area in our yard. It would be hard to find a better, more trustworthy and fair company in Savannah!

Service not provided to Pooler area.

Description of Work
Was very polite on the phone but does not service the Pooler area.

We are experts at stucco repairs, new stucco installations and Hardie Plank Siding. We also inspect, remove and repair bad or rotten wood. We do both residential and commercial stucco, EIFS removal and install.  …

We carry out historic stone and brick restoration work on old buildings churches and lighthouses, lime putty mortar pointing on brick and stone work, brick, stone and stucco cleaning and sealing. Themany other types of building work we carry out can be found at www.scottishstonecraft.com

SCOTTISH STONE CRAFT is currently rated 4.9 overall out of 5.

No, SCOTTISH STONE CRAFT does not offer a senior discount.

SCOTTISH STONE CRAFT offers the following services: We carry out historic stone and brick restoration work on old buildings churches and lighthouses, lime putty mortar pointing on brick and stone work, brick, stone and stucco cleaning and sealing. Themany other types of building work we carry out can be found at www.scottishstonecraft.com