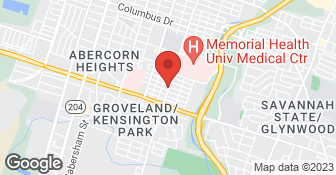 An unreliable company. The workmanship was not what we expected. From poorly installed floors, wall installation, painting and countertops fabrication. Cheap cabinets used. We had done kitchen Renovations before, by far this was the worse. There are more skilled workers with the integrity to do good work.

This was the best experience we ever had with a contractor! From design, to budget, quality of work, and timeliness, Coastal Contractors delivered. We plan to use them for other projects, big and small.

Tonya and her team are very attentive . You can tell they put pride in their work ! She isi also very experienced adding suggestions to stay on course with my budget ! They are definitely great at their jobs! She’s honest and open to her customers suggestions as well !

Description of Work
I had her and hear team put down flooring in my bathroom and did a complete makeover with their understanding and experience of what I wanted done .

Wonderful Hurricane Matthew did damage to our family room. They were very helpful, they repaired everything quickly and beautifully. We were very satisfied. Will definitely call they back real soon.

Wonderful! Easy to communicate with owner and employs of company, work was done quickly and efficiently. Would hire again!

COASTAL CONTRACTORS, Inc. [Note: This review is not about Coastal Kitchens, which does good work.] Executive Summary: Stay far, far away from this company. Details: We decided to renovate most of the house we bought at The Landings and Coastal Contractors, Inc. (CCI) had worked extensively with the company that designed the renovation, bid low and promised all the right things (of course). After the usual amount of checking, we hired CCI to do the construction and finishing work for a new kitchen, new master bath, fireplace renovations, general updating of the overall look, painting, electrical, plumbing and cabinet installation. Right from the start we had problems. Tonya Meushaw (owner) overpromises, under delivers and lies. We left for the summer and CCI was supposed to complete the demolition work while we were away. They had 8 weeks to do 3 weeks of demo work and did not complete the work. When I asked her why the demo was not finished she gave me an excuse that was a total lie. This was the pattern for everything that had to be done. To make matters worse, most of the subs were the worst. They had no skills, did not show up on time, did many things wrong, left the house a mess every night, could not care less about what was supposed to be done. Some of the subs had drinking problems and were dismissed, but should not have been hired to begin with. It was clear that Tonya hired the cheapest subs and some had never worked for her before, notwithstanding her claim that she used the best subs and only used ones she worked with before. So many things were done incorrectly that it would take hours to recount it all. And one of the subs stole a diamond and gold necklace, which we did not discover until it was too late to figure out which one may have done it. Tonya had no sense of urgency and an estimate of 4-5 months’ work turned into a 13 month project. Tonya also under staffed the job and did not supervise the subs. Many times a sub would show up and not know what he was supposed to do, where the lights went, where the plumbing lines were to go, did not have the right tools or equipment. No attempt was made to protect the floors or new kitchen cabinets until we told Tonya that no work would continue until the finished work was covered. We wound up having to supervise the job and that was not what we signed up for. We lost a year of our lives having to be home all the time to watch the subs. Although Tonya promised she would be around to check the work, she hardly showed up. Her job foreman only showed up when he had to do some work, did not supervise the subs unless we pointed out the problems and rarely looked for problems on his own. Total disaster. After checking around we found other people at The Landings that had similar experiences with CCI. There are many contractors working in Savannah, use someone else.

This guy is a piece of work. Got all kind of free stuff and upgrades and then stiffed us on the bill.

we won’t leave until the job is done right. Our team has quality experience in this Pressure Washing and we make sure our customers are happy before we leave. Call or click to schedule an estimate today!  …

Coastal Contractors & Installers, LLC is currently rated 3.7 overall out of 5.

No, Coastal Contractors & Installers, LLC does not offer a senior discount.