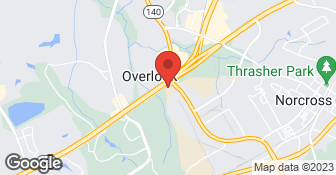 All ductwork and vents were thoroughly cleaned

Description of Work
Had all ductwork cleaned after 2 new hvac systems were installed.

Called Air Quality on the recommendation of Cool Ray, which by the way has been great replacing and servicing our unit for the past 10 years. We had talked about getting our dust cleaned forever, it just one of those thing you just keeping putting to the side. Call AQS spoke to Rhianne and she was able to explain the complete process to me. The crew arrived on time and were friendly and got to work. They even showed me some before and after pictures of my cleaning. I have 6 pets so thought it was going to be really bad. At first i thought the price was a bit high but knew Cool Ray would not recommend a Company if they did not value their services. After having the cleaning and watching them it was a great value. Look forward to breathing better in my home. Thanks AQS for a great job!

The crew came on time. They did the work in a timely manner and cleaned up after themselves. After they left, I did a little vacuuming near the dryer duct, which connects to the floor, and with just a gentle touch, the duct pipe fell off the connection! I called the company and they sent the workers back. They came in the next two to two and a half hours. It was late afternoon by then and they had to return in I-85 N rush hour traffic. We appreciated that the company stood behind its work and responded to the issue immediately. But that's not the end of the story. Today, our HVAC serviceman reported that there were two problems. Two things were out of place. The vent pipe connecting to the heater, where the dangerous gas, carbon monoxide, escapes to the outside, had been forcibly taken apart, and not put back together. We sleep directly below the furnace, and this could have turned out badly. Also,the April Air furnace electronic filter unit was not pushed back together and thus was not operating as it should to provide the best air quality. After he reported the situation to us, we reviewed who had had access to that area. The only other persons were those individuals who cleaned the ducts.

Description of Work
Our furnace ducts and our dryer ducts were cleaned. We have one HVAC unit in attic, one dryer on ground floor.

They arrived, assessed the situation, decided to bring the hose from the outside vaccuum through the bedroom window and into the attic. One technician worked in the attic while the other removed the vent covers and worked around the upstairs. They turned off the AC so they were working in hot conditions but they never slowed down. Once the upstairs was complete, they turned on the upstairs AC unit and moved to the downstairs. Again they worked continuously until every vent, return and the AC until were clean. We vacated the upstairs while they worked and kept the puppy out of their way. Once they moved to the downstairs we put the puppy in the crate and ran an errand. When we returned they were wrapping up. The technicans were professional and hard workers and we trusted them to continue the work while we were away. They did not disappoint. We will most definitely contract with Clean Air Systems again. Thank you for a job well done.

Description of Work
They cleaned the air ducts in the entire home. I have two units (one in the attic and one in the crawl space). They arrived at 9:00 AM and went straight to work and they did not stop until the job was complete at 4:30 PM. They kept the house clean and left no mess behind. The technicians were pleasant and professional. I know they did a thorough job because I was at home while they worked. I would definitely hire this company again. I am very pleased with the finished product and I feel that it was well worth the money.

The company delivered great service, from providing a quote for the work to scheduling and completing the project. The two technicians arrived on time and were very polite and informative about what they were doing. They cleaned the work areas after the job was completed. Overall, everything was handled with professionalism and in a timely manner. I would use this company again in the future.

Description of Work
Cleaned thoroughly the air ducts and the dryer vent.

They were on time, actually early but I had to tell them to come back (they were an hour early and I wasn't ready. Two men crew was fine, but one was a little snotty. Work was okay, but I would have appreciated some follow up, i.e. a call to see if I was satisfied.

We were thrilled with the customer service and the job they performed. They were kind and prompt to reply to our request. Got to work on time, allowed us to talk through the process, and ask questions. They kept the house clean and were courteous of our being present during the process. The house smelled SO clean when they were finished. Will use them again for sure and would highly recommend them to anyone. I can't find my receipt and don't remember the exact cost, but it was worth every penny!

Description of Work
These came in an THOROUGHLY cleaned all our ductwork and room vents.

I found this company on Angies List and wanted to use someone in my area of town and I am glad I did. Great experience from start to finish. They arrived exactly when they said they would. Apparently I made the guy on the phone, from the initial call, think that my house was difficult, but in fact turned out it was fairly easy to clean. The techs were very polite and professional and presented themselves well. The entire process took about 4 hours to clean one system (one furnace/ac) and they also cleanout out the dryer vent for free, which happened to be clogged really bad by a bird's nest. They covered all furniture and area's under each vent in the house and cleaned up any dust/lint that fell in the area's they worked. I will definately use them again and have already referred them to my friends and co-workers.

Description of Work
Clean the air ducts that have never been cleaned since the house was built in 1981. Also cleaned the dryer vent as well, which was clogged by a bird's nest! Vacuumed lint out of the laundry area and climbed into the attic to clean out the main trump duct line. Cleaned the furnace and coils along will every vent in the house.

This was the first time I have used them. The guy that came was very good. I decided to go with them based on their reviews. I called, and they were very nice. They came out when I wanted them to. I have referred other people to them. He explained everything and showed me all of the tools he was using. He gave me a flashlight to look in the vents to see the difference between before and after. I also had the chimney done, which was an extra. He said he could do the dryer vent, chimney, or furnace for free. It was the first time I had had the chimney cleaned in thirty years, so it was pretty dirty.

I had a fabulous experience! I?ve been in my home for 38 years and never had the ducts cleaned. They did a great job from start to finish. The rate was quite reasonable, especially compared to other quotes I received. They also had a flat rate so I didn?t have any surprises. I couldn?t have been happier with their services! I appreciated $50 off as well!

Description of Work
They cleaned my ducts and furnace, including sanitizing and even removing and cleaning the motor and blower!

At We Care Chimney sweeps our mission is to be a provider that brings back the personal touch with our customers. We will build a relationship that will last a lifetime after you see our quality work. As a locally owned and operated business we feel invested in our clients and constantly strive for customer satisfaction. We won't leave until the job is done right! Call or click to schedule an estimate today!  …

You may know that you should clean the lint screen inside your clothes dryer, but did you know that you should have your dryer vent cleaned? Unfortunately, most people are not aware of the benefits of a professionally cleaned dryer vent, nor do they realize the dangers of a clogged dryer vent. According to leading appliance manufacturers, dryer vents should be inspected and cleaned by a professional once a year. Dryer Vent Wizard's professional dryer vent cleaning process removes lint, debris, and clogs from dryer vents to ensure proper airflow through the venting system.  …

Your local choice for air duct cleaning and dryer vent cleaning. We provide a complete system cleaning, so you can be sure you're getting the best value for the price. We live by our core values of integrity, transparency, and trust every day. Our lead technician and owner has years of experience and a reputation for exceptional service. Workmanship and satisfaction guaranteed.  …

Air Quality Systems Inc is currently rated 4.8 overall out of 5.

No, Air Quality Systems Inc does not offer eco-friendly accreditations.

No, Air Quality Systems Inc does not offer a senior discount.

No, Air Quality Systems Inc does not offer warranties.