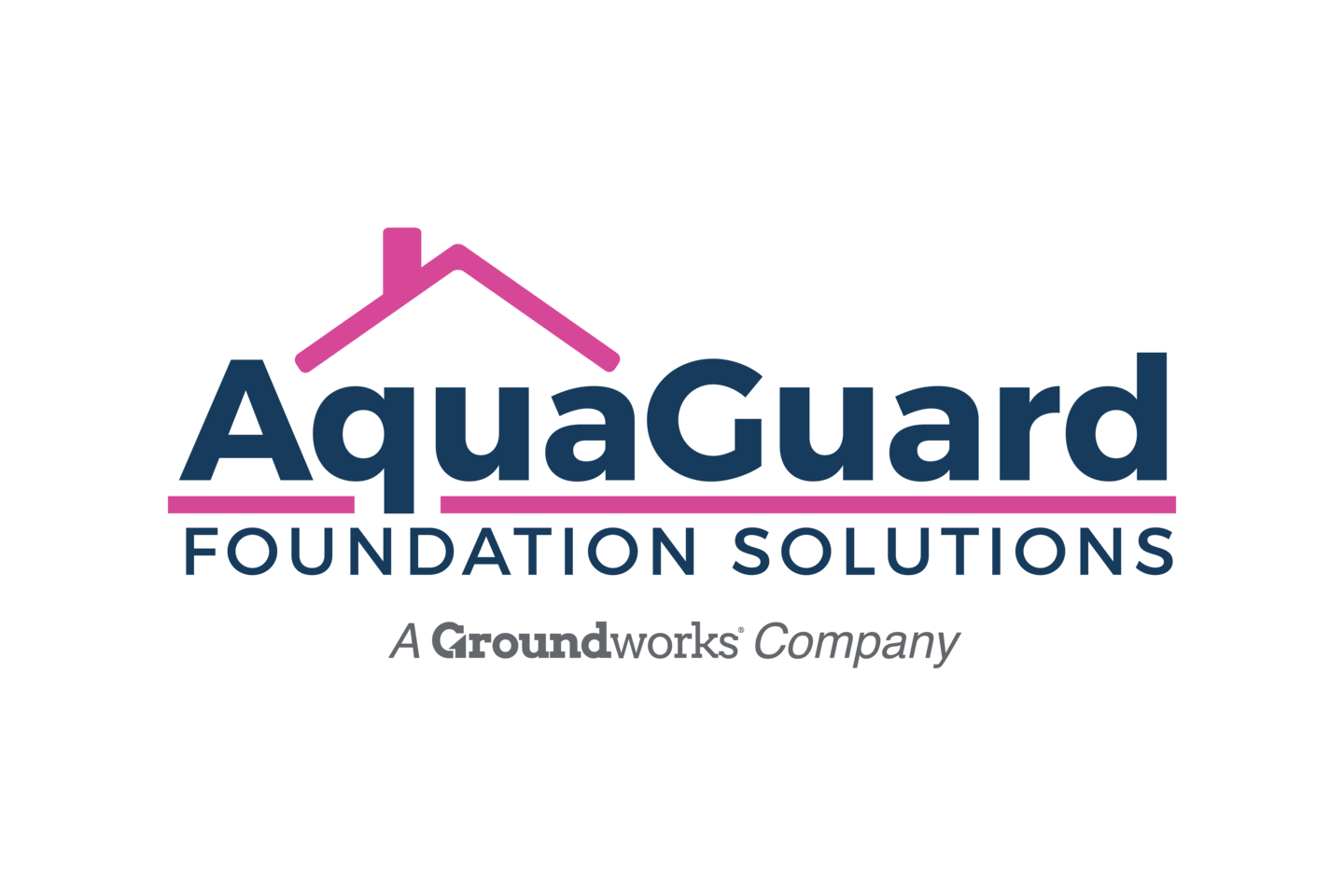 AquaGuard Foundation Solutions, founded in 1995, is a subsidiary of Groundworks, a family of companies that offers superior, proven solutions for your foundation repair, structural repair, crawl space encapsulation, dehumidification, and concrete leveling needs. AquaGuard is a recognized accredited member of the Better Business Bureau and devotes its years of experience, industry knowledge and specialized training to help customers protect their homes or commercial buildings from water damage, gutters, concrete sinking, and foundation failure....

Shaun and Koby came out to raise a large section of concrete under my deck due to settling. They were very good, showed me what they were doing and how they were doing it. I had one request and they were happy to accommodate. If you don’t use Aquaguard for your foundation or concrete needs, you’re making an error.

Description of Work
I had come concrete settling in the corner of the patio under my deck.

Description of Work
I had Gutters install

James F, Avery and Chris did an excellent job. Very satisfied. Showed up on time, did the job and cleaned up. Thank you.

Chris R. And John L. Were quick and efficient. Explained everything to me that they were doing and explained the warranty. They cleaned up well after themselves, and we’re very polite.

Chris R. and John L were very quick and efficient. Explained everything they were doing for me and explain the warranty. They cleaned up after themselves and had very good customer service skills.

Ron and Rolando did a very job. They explained everything they were doing and made sure to answer all my questions. They were on time and cleaned up after themselves. They were very professional and polite.

Hi! We're glad our team was able to show you a great experience. - AquaGuard Foundation Solutions
5.0

My technicians, Michael and Marco, were on time, knowledgeable and professional. They installed carbon fiber straps and a helical pier. They kept me informed throughout the entire process and I am very pleased with the service.

Description of Work
Installation of carbon fiber straps and a helical pier.

Thank you so much for this stellar review! We'll be sure to share with our team. - AquaGuard Foundation Solutions
5.0

It was excellent on everything and customer service is awesome,

Hi! Thank you for providing this feedback. We always love to hear from satisfied customers about their experience. - AquaGuard Foundation Solutions
1.0

In this homeowner’s opinion, this is not a company you want to hire. Ever. Especially for something as important as supporting your home or keeping it safe from mold. I wish I could attached videos of a few beams that were supposedly supported by AquaGuard. Below are excerpts from the letter we sent to AquaGuard’s president in the middle of our job. He did not respond. The contracted work performed by AquaGuard on September 28, 2020 has the distinction of being one of our worst contractor experiences. Of the six employees sent to our home, there are still issues with the job that none have noticed. Perhaps if Al Arabia had kept the appointment he made to inspect our job on December 1, 2020, the issues would have been discovered. He did not provide Mr. Eustace with the punch list created by Cary Sweet. Twice, we have received requests for payment for a job which AquaGuard stated was complete and had to inspect the job to find that not only was the work not completed. Over 2 months after starting our job, which was supposed to take <3 days, we are still finding work not done that has not previously been caught. We do not understand how a company can call a job complete without performing a final inspection. The billing is further complicated by the fact that we met with and approved a subcontractor to perform work steps not in the AquaGuard contract. Somehow, without informing us, a decision was made by AquaGuard to do that work, in a different manner than the contractor we were going to use, without significant materials expenses, contrary to those the contractor would have had. Yet, AquaGuard added the entire value to our multiple invoices. They also performed this “extra” work and the contracted work in well under the originally estimated time for the originally contracted job. After Mr. Sweet went under our home, he told us AquaGuard had done a “pretty good job.” We could have gotten a pretty good job from any number of contractors, and they would have charged a lot less. Maybe they would have actually done the work they said they did, too. We were “sold” several lifts to raise our floor by Mr. Eustace. They have not happened. At this point, we do not want them to happen, due to the level of incompetence illustrated by your staff. Were we to have considered the job done, paid the invoice sent on October 12, and not checked the work, this is what we would have been left with: 1. A crawlspace that is completely humid, 2. Eventual water under the house, from the kinked drain tube, 3. A wet foundation, resulting from the discharge water pumping directly onto it, 4. An ugly hole with a pipe protruding at the front of our home, 5. A lesser-featured dehumidifier, 6. No plastic behind a few posts, 7. A master bedroom beam that is simply nailed to the underside of the subfloor, 8. An incomplete seal of the crawl space, 9. An unsupported family room, where we have a stress crack 10. A vented crawlspace, due to not all vents being covered, 11. An unsupported knee wall in several sections due to poor shimming, 12. An uneven interior floor, not raised as promised, and 13. A worker’s garbage (vape pen), which, if faulty, can be a fire hazard. The job should have been completed correctly on at least the second attempt. Mr. DiGregoria, we have spent numerous hours inspecting the work, documenting it, and discussing its many shortfalls with your staff. We have been fraudulently billed for work not performed.

Hello. Thank you for bringing this to our attention. We apologize for the issues that occurred. We have brought your comments to our management team'[Member Information Removed] attention and our manager will reach out to you to resolve this as quickly as possible. - AquaGuard Foundation Solutions
5.0

Excellent. Maintenance of Aquaguard installed encapsulation of crawlspace with dehumidifier. No more problems with humidity and air quality in my home since installation about three years ago

Hi! Thank you for giving us this feedback. We're glad we were able to provide you with a solution for your home. - AquaGuard Foundation Solutions
5.0

Our technician was fantastic! He was very knowledgeable in his product and work. He restored our concrete patio floor to its original height. We are very pleased with his work!

Hello! Thank you for trusting us to provide your home with a solution! We are glad everything went well and we appreciate you taking the time out of your day to share the experience you had with us. - AquaGuard Foundation Solutions
5.0

Description of Work
Waterproofing a cellar

Hi! Thank you for providing this feedback. We always love to hear from satisfied customers about their experience. - AquaGuard Foundation Solutions
5.0

Fast and efficient. Zarek and Timothy were great!!!

Hi! Thanks for leaving us such a great review. Our dedicated staff will be pleased to learn of your kind words! - AquaGuard Foundation Solutions
5.0

Raymond did an excellent job! He worked by himself, took his time and it came out just as he had said. He cleaned up all the debris. I would definitely use the company again. Raymond was friendly, professional and takes pride in his work.

Description of Work
Our front steps had pulled away and sank. Also two sections of our sidewalk had dropped as well.

Thank you so much for this stellar review! We'll be sure to share with him. - AquaGuard Foundation Solutions
5.0

The final results met my expectations .

Hi! Thank you for providing this stellar review. We are glad we were able to meet your expectations. - AquaGuard Foundation Solutions
5.0

Smooth, they where here when they said did the work and cleaned up afterwards 👍

Hello! Thank you for providing this awesome rating! We appreciate you taking the time to rate your experience with us. - AquaGuard Foundation Solutions
5.0

Very responsive. On time and efficient. Very pleased with job.

Hi! We're glad our team was able to show you a great experience. - AquaGuard Foundation Solutions
5.0

Great!! The service and attention to detail was wonderful! Dr. Michael

Hello! We're glad you had a great experience and appreciate your review. - AquaGuard Foundation Solutions
5.0

The whole process was great. The sales contact came out for an estimate and explained the options we had and never made us feel obligated. We booked that day and we’re scheduled relatively quickly considering current pandemic conditions. The crew worked efficiently and were very polite. We’re very happy with the results.

Description of Work
Basement concrete wall was cracked and bowing. Needed repairs and mitigation of damage

Hi! Thank you for trusting us to provide your home with a solution to keep your home safe! We appreciate your feedback on how we were able to deliver great results. We take tremendous care during every project. - AquaGuard Foundation Solutions
5.0

Did a great job. Reasonable price.

Hello! We're glad you had a great experience and appreciate your rating. - AquaGuard Foundation Solutions
5.0

The work needed was much more involved than expected. They worked very long days staying until everything was done. They did a great job!

Thank you for this stellar review! We're glad our team was able to show you a 5-star experience and we'll be sure to share with the team. - AquaGuard Foundation Solutions
5.0

They installed two piers to raise one side of my concrete patio about 5". They had all the equipment and expertise to do the job. They did just what I wanted to do and made sure I was pleased.