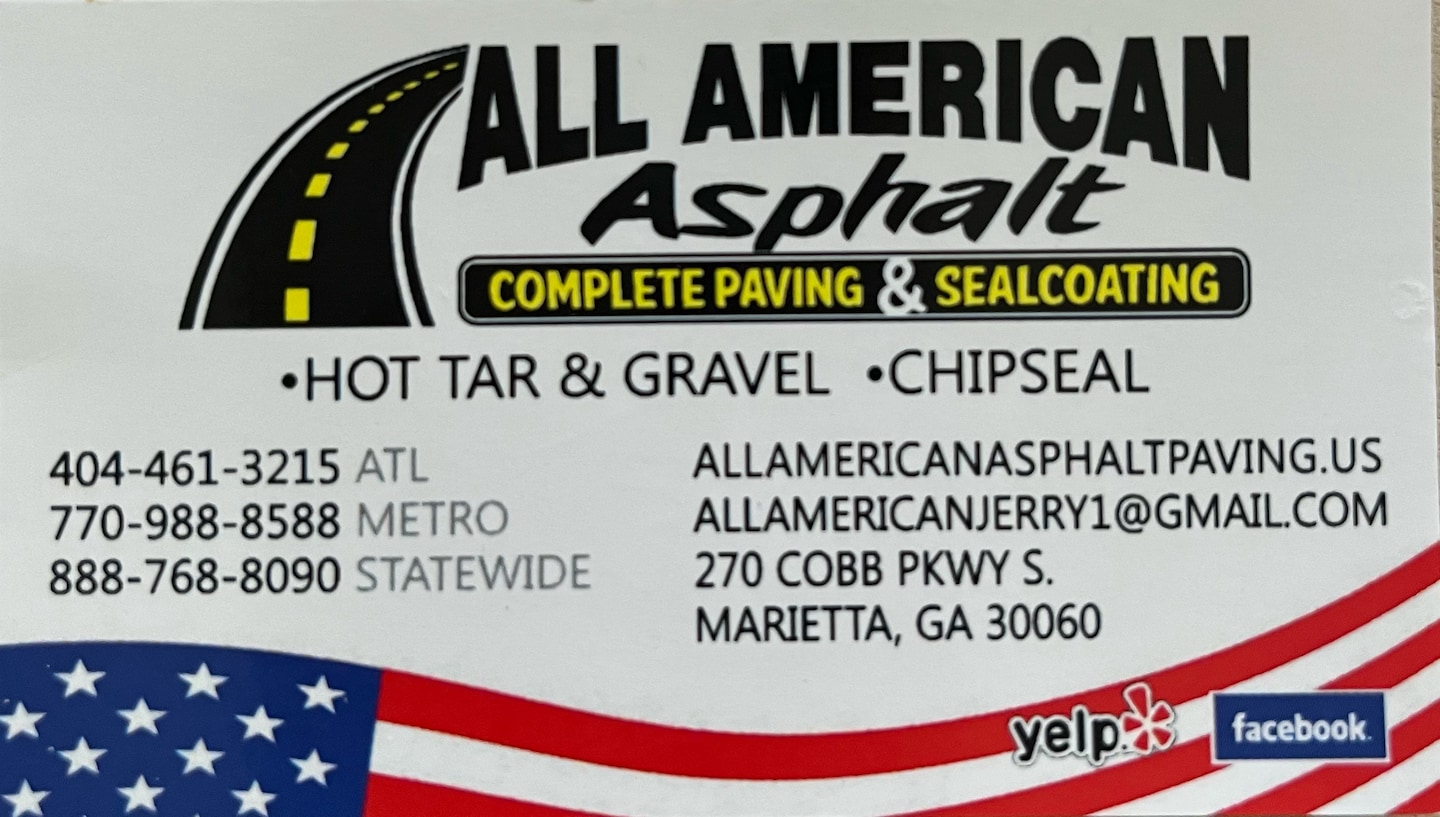 Licensed, bonded, and insured contractor. Family owned and operated, servicing the Atlanta Metro area since 1969. Offering complete Asphalt paving service, both commercial and residential. We also specialize in sealcoating, and restriping parking lines. We also offer concrete driveways and patios for residential customers. Quality work at reasonable prices. Free estimates without obligations. No job too big or too small; too near or too far. Additional Phone Number: (770) 283-4111 (706) 426-5511 - Northern Georgia (423) 900-8020 - Chattanooga, TN (205) 679-8636 - Birmingham, AL... 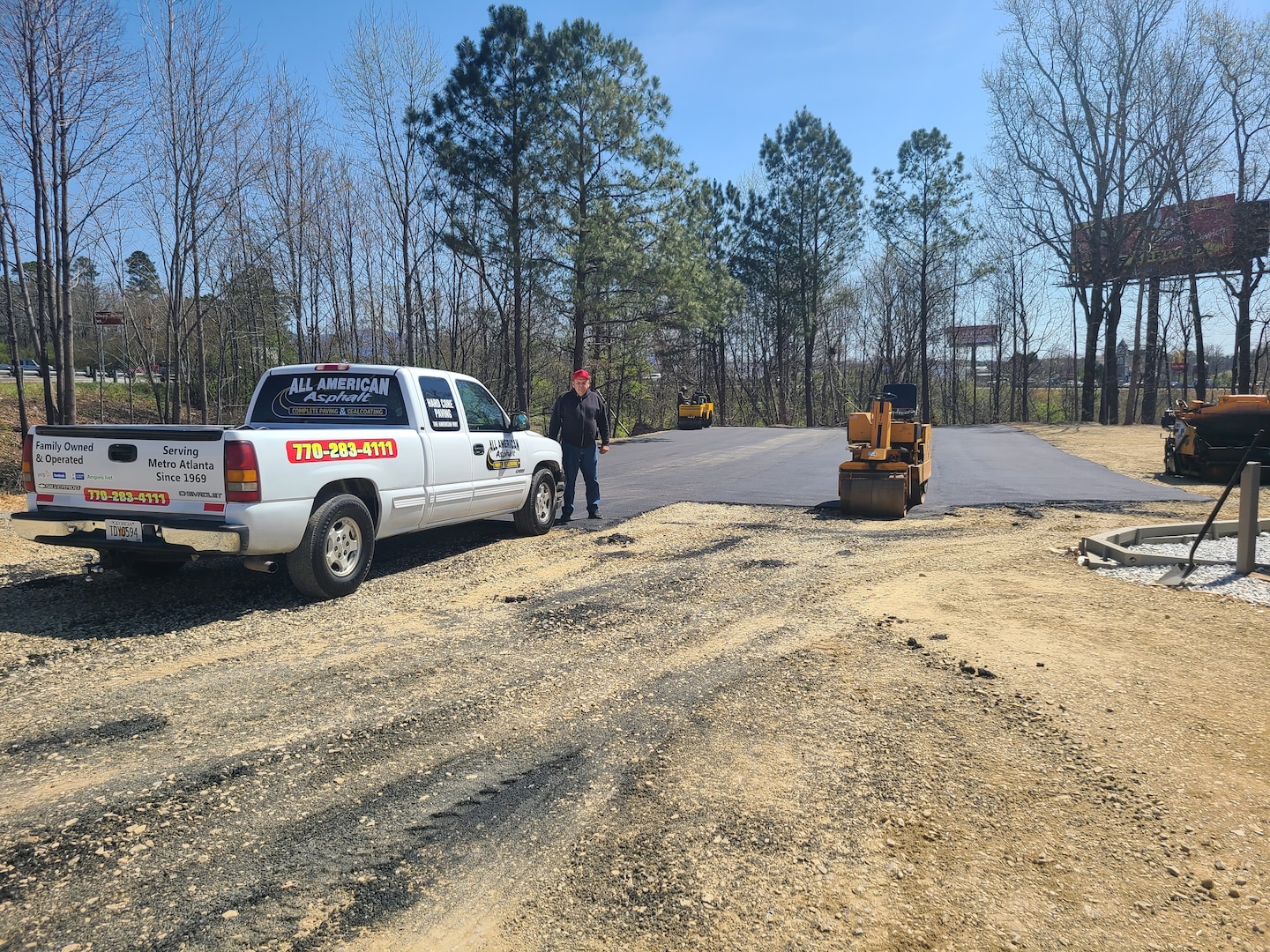 Excellent, on time at the price agreed upon

Description of Work
Paved my driveway

Did a good job for the most part, but will not call you back unless its to schedule a job or collect money. Negotiate price up front because he starts high. Be sure its finished to your liking because once hes gone you'll never see him or hear from him again!

Description of Work
The main drive plus circular

Everything was fine in order. Great job.

Description of Work
Nothing right now

They put the driveway down last year and did a great job! And then we had them come out and put the sealer on and coat it and it looks great. Thanks for the nice work, Jerry!

Description of Work
Coating/sealing our driveway

Eddie Mullens called me back very fast and setup an appointment for the appraisal. He advised us on a different type of surfacing that was both cheaper and way more than we had dreamed of. He gave us the driveway we had wanted to do for 15 years. He and is crew showed up on time. Can’t say enough about him. We are so pleased we would absolutely hire him again.

The work was smooth. Pretty quick.

They never responded to my request

It's great. So far no problem. I would definitely recommend them if I hear someone needed work done on a driveway. I think my boss met them on Monday and the work was done on Wednesday.

Description of Work
Patching in the driveway.

All of the above items were discussed and a price was agreed to. The dip was fixed about 85%, and the rest remains unfilled with a split that I am sure will create additional future damage. The entire amount of broken asphalt was dumped in the yard near the culvert. When I called them out on that at least they piled it all in front of the culvert. It is about five times as much as I wanted there, however. The only explanation for the major dip and the “bird baths” not being filled is “we ran out of asphalt.” The cracks were not sealed up, but it did look like they were sprayed twice. That doesn’t seal them, however. I paid them a lot of money up front. There was no offer of a refund for not bringing enough asphalt to do the work promised. Based on my experience with this organization, it would be very hard for me to recommend them to anyone.

Description of Work
I contracted with All American Asphalt to do several things. I had a serious dip in my driveway. There was some break-up at another place on the driveway. I had a couple of low spots I wanted filled, and there were several cracks I wanted filled. I also wanted the entire driveway seal-coated. I asked for a small amount of the broken asphalt be placed in front of a culvert where some erosion had occurred.

My driveway in Indian Hills has never looked better. All American Asphalt was on time, and did an excellent job. Jerry communicated extremely well through the process.

Description of Work
Asphalt a driveway

Did a great job installing Belgium block and repaving driveway. Was a large job that they finished very quickly.

No services were cotrcted or performed. Minimums were too high for size of job.

Description of Work
Small potholes on driveway filled with asphalt.

They took care of the issue quickly. They patched and took away all debris and filled the hole with mixture of concrete and pee gravel. It looks like it was well done.

The area they worked on had a mixture of gravel and concrete and asphalt, it was terrible. They did a great job removing what was there, leveling it and pouring the new asphalt. They were really nice guys, very professional. They had a really nice demeanor and did great work for a competitive price. They showed up to do the sealing 6 months later without us having to keep track of them. They did the work quickly.

Description of Work
They paved our entire driveway area as well as a long easement, about 5000 square feet.

Removed asphalt and concrete from our old driveway and turn around, hauled it off, regraded and repaved. Next he also added a new asphalt surface on top of the old asphalt and rock surface lof a long easement road leading to the property. The road was in bad shape and very bumpy and broken. It was too long and expensive to have the old road removed as we did the driveway and turnaround. However, Jerry gave us a very attractive price to add a new top and level it out in the process. It is 100% better than it was and I am so glad we took his recommendation. Jerry is honest and knows the business. He works hard to please his clients and do a great job.

Started the job late in the day and continued laying material after dark. The air temperature that day was in the low 50's - shortening the time to successfully lay the material. It had cooled before it could be properly compressed. As a result the surface crumbles easily and is uneven. Black pebbles wash down the driveway and accumulate every rain storm.

Description of Work
Paved driveway with asphalt. It was poor quality recycled asphalt. Also seal coated driveway the same day which rinsed off the driveway the first time it rained - we know now that seal coat is supposed to be applied months later. This experience has been an expensive education.

Description of Work
He never came out to do the job although he said he would over the telephone.

$250 Credit Toward a Driveway Paving Project…

OFFERED BY
All American Asphalt Paving…
4.2 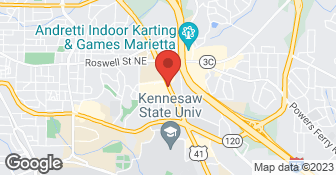 No License Required for Trade
Bonded
Insured
All statements concerning insurance, licenses, and bonds are informational only, and are self-reported. Since insurance, licenses and bonds can expire and can be cancelled, homeowners should always check such information for themselves.To find more licensing information for your state, visit our Find Licensing Requirements page.
COVID-19 Update
We are actively performing full services. We are taking additional precautions to protect our customers.

We will wear masks and gloves when we visit your home
We offer estimates and quotes using video calling
All statements concerning COVID‑19 business operations and essential services are informational only, and are self‑reported and not verified by Angi.

How is All American Asphalt Paving overall rated?

All American Asphalt Paving is currently rated 4.2 overall out of 5.

What days are All American Asphalt Paving open?

All American Asphalt Paving is open:

What payment options does All American Asphalt Paving provide

Are warranties offered by All American Asphalt Paving?

What services does All American Asphalt Paving offer?