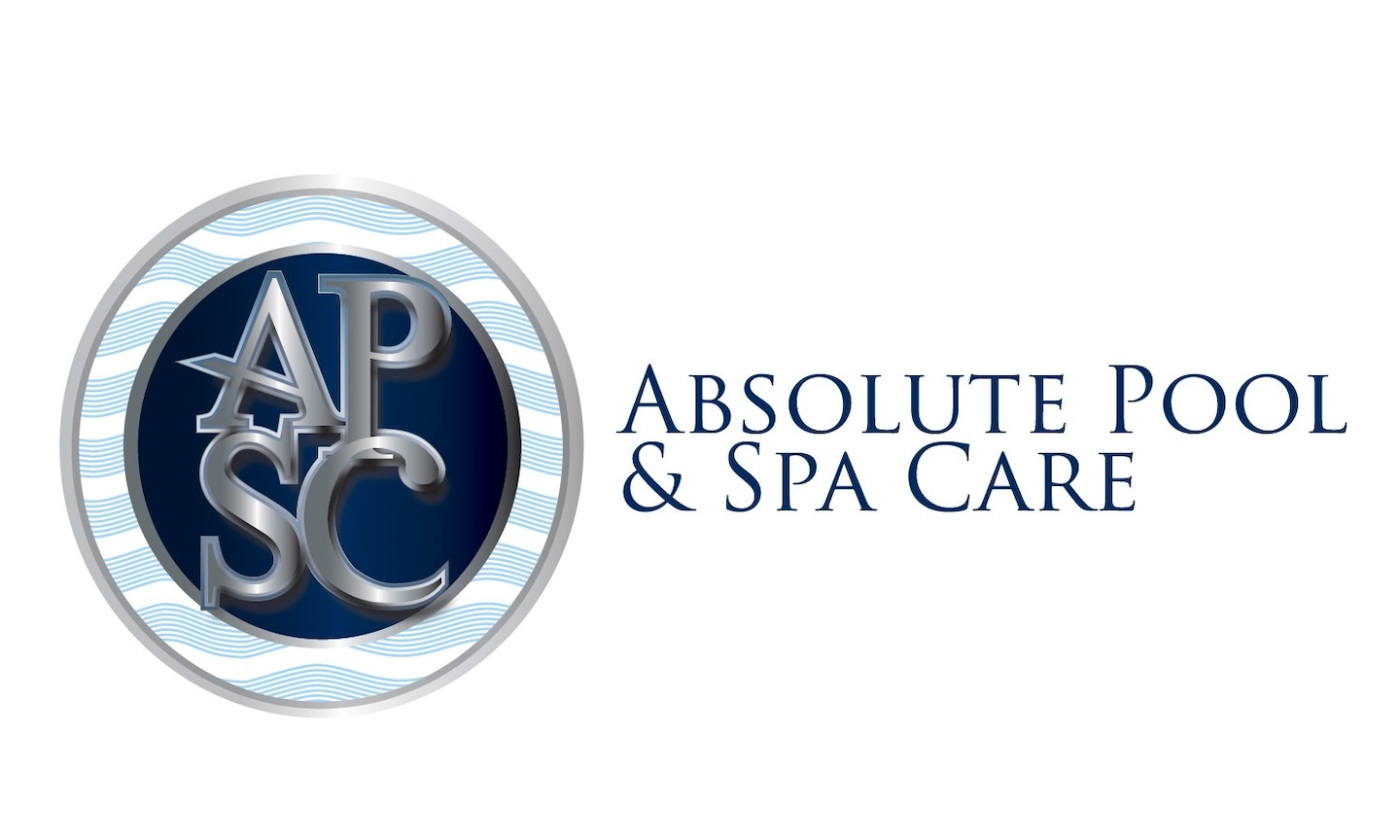 I was in a jam and Cole patiently talked me through everything I needed to consider in planning a resolution to the problem. He did it all from afar on his phone on multiple calls. He genuinely cared and wanted to give me peace of mind - he improved an already great perception of Absolute Pool and Spa Care and its team members. In fact Cole was willing to leave his home and come to my aid if it was needed on a Sunday afternoon and he did it with such class and enthusiasm. I am a big fan of this company and you will be the first I call with service needs when they arise!!

They came out the same day and did an extremely thorough job. Really loved working with these guys!

Thankyou so much [Member Name Removed] for your kind review. We truly appreciate the opportunity to serve you and hope you choose Absolute Pool & Spa Care again.
1.0

Over the past winter they were called to drain, disconnect and clean-which went well. When spring came they came out to reconnect, clean, fill and treat-he is where problems started with their technician. I had to call then out three times because if many leaks where several things were never reconnected. The technician obviously didn’t know what he was doing. And then I get a call from their office to charge me for the trip charge and his time, I told them what happened so they call me again a week later to say to pay the invoice. I would never use again-certainly unqualified people to do the work.

Cole and Andy, the technicians that came out to do the service did excellent work. They are very customer driven. The entire team and Absolute Pool and Spa is very professional and responsive. Brittany always does a great job of customer follow up. One of the best service companies I have ever dealt with. Thanks so much. Glenn

Thank you so much for your review. We are so happy you are please with the work from Andy and Cole. If you need anything else, please let us know.
5.0

We have had Absolute Pool and Spa caring for our pool for over a year now. It started with work on the pump and filter equipment, and that was done by Junior. He was extremely knowledgeable and professional, and did a fantastic job in working with the Concrete crew that were repairing a sinkhole that affected our pool area. We were so pleased with his service that we hired Absolute Pool to clean and maintain our pool on a bi-weekly basis. That work is done by Maddie, and she is absolutely fantastic. She always calls prior to coming onsite (so that we can put up our dogs and they won't get out), she always checks in and explains what she has done, and the pool has NEVER looked better. And the price is quite reasonable, compared to other companies in our area. We will be using Absolute Pool and Spa for our pool maintenance and repairs from now on!

Guys take good care of us and we would recommend them.

Description of Work
Weekly maintenance and ad how jobs.

Sean Campbell from Absolute does my weekly service and he has done an amazing job! He is always easy to talk to, answers all my questions and is very thorough! My pool always looks perfect because of Sean and Absolute!

Sean came out to do the cleaning. He's punctual, efficient, courteous and made sure all my questions were answered. When I called him back because I remembered a question he was already down the road and turned around to look at a something I was concerned with. He went the extra mile and I really appreciate it. Cole came out to look at the equipment. Also punctual, efficient and courteous. Spent a lot of time going over and explaining function of equipment. I called to ask him specific questions about the heater. He took my call immediately and was very thorough in his explanations. May be a bit pricey, but we've used others in the past and you get what you pay for! We're very happy with them!

Sean does a fantastic job. My pool looks amazing. He spends as long as it takes to make it look perfect. He even came back the next day to check on it (at no charge). Sean is polite and very professional. Also very responsive on text. Always responds within minutes. We are new with this company and I have been nothing but extremely satisfied, thanks to Sean and the ladies who answer the phone!

This company is too far from my location. They will not come to Neeton County.

Im sorry that we dont service that far south. With us not servicing your pool, is there a reason you gave us a "D"? We take great pride in our ratings and our duties to get good ratings so a poor score looks negative on us so we are curious why we received a poor service rating when no service was provided.
5.0

Excellent work by the technician (one of the best in any industry I have ever worked with), Mr. Junior Richardson. Very knowledgeable and thorough. And he would personally answer emails. Great service. And Britanny on the phones provided great customer call handling. A very customer driven organization. And have been using them now for 4 years. Thanks so much.

Thank you so much for the review [Member Name Removed]! We are so glad you continue to use us and we truly appreciate your business. We will make sure to pass this review to Junior and Brittany to let them know of the good work they are doing. If you need anything, please let us know.
5.0

Excellent work. I highly recommend this company for pool repairs.

Description of Work
We had a new liner installed in our pool.

Sean was excellent and does a fantastic job! He is extremely knowledgeable, polite, professional and the pool looks awesome! Thank you so much!

Amazing! The workwanship and detail provided was beyond expectations. A great company! Look no further! You will be very happy with the money spent for what you get! And the customer service is outstanding!

Thank you so much for your review! We definitely appreciate you allowing us to serve you you. If you need anything, please give us a call.
5.0

Our pool was badly in need of replastering and replacement of the stone coping.After receiving a number of estimates I selected Absolute Pool and Spa because of their excellent reviews on Angie’s , a very reasonable estimate from Mark ( the owner ), and the quality of workmanship I observed at several of their recent renovations I visited. The entire project went smoothly from start to finish and the results far surpassed my expectations. The new stone coping matches the old stone deck perfectly . The pebble-tec finish is beautiful and resulted in exactly the water color I wanted. I was particularly pleased with the company personnel I dealt with from Sandie in the office to the crew which worked on my project ( Josh Fisher, Josh Tatum and Andy Pickle ).Everyone was very professional and extremely pleasant to work with. This is an outstanding company and I would not hesitate to use them again or recommend them to friends.

Technician came out initially, as promised, and we went over everything needed. He called me a week later, saying he was still working on my quote, but I never received anything after that. I followed-up in email and with a phone call in late August, stating my disappointment. I got one more call days later saying they were still trying to "source the parts." Then never heard back. That was 3 months ago. They dropped the ball, did not proactively communicated with me, and I still have a hot-tub that doesn't work properly and needs parts. I also never received 10% off my initial service call, as promised, being an Angie's List member. Very disappointed.

Josh arrived on time and spend more than an hour to take us through the maintenance of the pool of our new home. He was patient and answered all our questions.

The very pleasant lady Sandy in the office is a gem to work with. She is always kind and helpful. Junior was the tech that came out. He is always professional and great to work with. It is so nice to deal with a company that has caring employees. Thanks for always helping us out!

Technician (Josh) was punctual, professional, and kept us informed of parts ordered, etc. Issue was fixed within a week. Would definitely use them again.

Description of Work
We needed repairs to our jetted tub in our master bedroom. Which typically was outside of their normal service portfolio. They fixed it anyway and did a great job.

Absolute Pool And Spa care - The night before our big 4th of July party and our spa is empty ... no water... and it's 7pm. We called our maintenance company got a VM and left a message. We called multiple other pool companies and only ONE had an "in case of emergency name and number" and that was Absolute Pool and Spa care. I called and left a message with no expectations after all it's Monday night before 4th of July holiday. I hear a text that same Monday night at 11 pm and it's Josh. He asks if he can call to discuss our pool problem. We call and he says of thy doesn't work call me tomorrow... on 4th of July! So, I call him on 4th of July 9 am and for the next 2 hours via FaceTime, phone calls and text messages. Josh was able to talk me, not my husband lol, but me through a bypass so that our spa was workable for our party. Out of the 4 pool companies that I called Monday night, the night before the 4th of July holiday, only Josh called me back. Not even my own maintenance pool company called me until Wednesday! I tried to switch maintenance companies to Absolute Pool and Spa but they don't provide maintenance in my area. Thank you Josh for calling me at 11pm the night before a holiday AND working on ur holiday (4th of July) to help us out! Great company with a customer service oriented attitude. Absolute Pools was the only pool company that I called with an on call person!

The receptionist (Sandie) is very professional and efficient. They returned phone calls quickly and scheduled the visit within 1 day. I paid an emergency fee that was not out of the ordinary. The work was done on time with a follow up call to indicate the job was complete. Without question, I will use them again and am glad to refer this company.

Description of Work
I needed an emergency visit to repair a leak which was preventing me from running the pool pump and cleaner.

The level of service is fantastic. Josh is wonderful. They are always prompt, call before they are coming, and perform the work very well. Josh is very clear on communicating the problem and corresponding timeline, process and cost for to remedy the problem. It is a pleasure to deal with Absolute Pool & Spa.