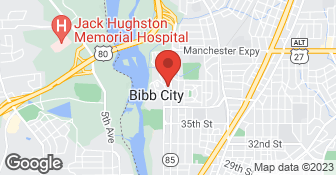 I’ve been using this vet for over a decade with 4 dogs. Today, my 14 week Boykin experienced an emergency. I called them at 4:53 pm. They told me to take my dog, their established patient, to Rivertown Emergency that opened at 6pm. I was concerned that my dog could have parvo or some other deadly disease since she was so young. I hung up and began to cry. My husband called back and kindly, but firmly asked that we be seen today since it was an emergency with our puppy. The lady said he was being rude when he asked if she would transfer him to someone else and she hung up on him. When he called back, the supervisor answered. My husband said that he wanted to speak to the vet or leave a message and she wouldn’t allow him to. He said you will lose me as a customer and she said ok bye. They forwarded our medical records to us. We called another vet that closed at 6 and stopped seeing walk ins at 5. It was 5:10 when we called them. They saw us immediately. We used 2nd Ave for grooming, boarding and vet services for over a decade. The staff did not let us enter the clinic due to covid when we brought our puppy in for her round of shots. I get that they are pushing covid protocols but it would have been nice to have been on the phone with the vet while he saw my dog. He could have easily FaceTimed or put us on speaker. Technology. The groomer is terrible. She shaved my cavalier of all of her feathers. Didn’t know how to give a cavalier cut.

Description of Work
Medical and grooming treatment for dogs.

They informed me that I would have to make an appointment and as soon as they found out it was something as simple as an ear swabbing and didn’t make them a ton of money they said it would take 2-3 weeks to get her in!!!! For an ear swabbing. Is there anywhere a person could go that they actually care about the animal and not if it will make them rich or not

Dr. LeFranc is WONDERFUL! We have 2 ferrets and vets that see "exotic" animal are few and far between in my area. The first one i went to after going to one failed vet clinic i tried 2nd Ave. vet and they are the BEST. Dr. LeFranc is very profession while still being down to earth. You can tell he loves his job and the pets he cares for. They are an hour away from where we live and i gladly take ALL of my pets there. I would recommend this vet to everyone!

Description of Work
Needed a vet to see a ferret

We took our four dogs in for their annual check-up. You don't have to usually wait for an appointment. They are very customer friendly.

Description of Work
We went to 2nd Avenue Animal Hospital for veterinarians.

First, I like Dr LeFranc. He is a good man and my cat responded very well to him, but the other Vet in his practice is incompetent. When Dr LeFranc had to put my one of my cats to sleep, he was incredibly compassionate. He gave her an injection to put her to put her to sleep so she wouldn't experience any pain that comes from that final shot. I had to bring a second cat in some time after that and Dr Brown was the only vet available. She didn't administer the first shot. It was horribly tramatic. My poor cat twitched and struggled as I held her in my arms and she died. Dr Brown showed no evidence of sympathy or compassion. On several occassions, I have called and specifically asked for Dr LeFranc and scheduled appts with him, but upon arrival I would find that he was out of the country on vacation or it was his scheduled day off. When I brought Stryker in, Dr Brown was the only available vet, but my cat was really sick and I was desperate. When I came to pick Stryer up after a week of hospitalization, an assistant brought my cat out in his carrier and shoved him in my arms and told me that they wanted him to see another doctor for more tests. The assistant had no idea who the other vet was, what kind of test needed to be run, what clinic it was, etc. She went back in to find out and didn't come back with the information for 20 minutes. Dr Brown was never came out, didn't show her face and made no efforts to explain or provide any details. I went to see the other doctor, had the tests run. The other doctor spent a lot of time with me. Showed me the test results, went through medical literature with me. He was amazing. His office staff was amazing. I decided that this was where I would transfer my cat's care. In fact, I wanted this doctor to see all my animals! Eventually, Stryker got better. Between the two doctors, I spent over $2,000 on his care. But my cat seemed fine. Unfortunately, Stryker becames ill again. I was warned this may happen as he was never actually diagnosed. So I called this new vet office back to schedule an appt to see the doctor who had so impressed me. He refused to see Stryker, as my cat was a referal from Dr LeFranc's office. This other doctor never solicited my business. I explained that whether they saw me or not, I would not return to the 2nd Ave Animal Hospital. I had received bad service. The vet explained that he had a deal with Dr. LeFranc that he wouldn't treat any of his patients. I begged, I cried and was turned away to find another doctor who had no experience with Stryker's illness and history to start again. I asked the doctor if the patient shouldn't come first - should his deal with Dr LeFranc comprimise the health of a sick animal. His response was that there are plenty of good vets in Columbus. So, in short, I had to solicit the services of another vet and put my cat through all this again. If Dr LeFranc doesn't want to lose customers, rather than making under the table deals with other doctors, maybe he should focus on staffing his animal clinic with doctors who treat the animal and their owners with respect and compassion. Ultimately, the patient should come first - not any vet's pride or pocket book.

Description of Work
I brought my cat, Stryker, in for treatment.

Went great. They took our dog in as a new patient in less than a week. They took really good care of him before and after surgery.

Description of Work
My male dog got fixed along with a staying the night and all medications. Very prompt and professional.

I am disabled. Due to the nature of my disability, I am unable to make morning appointments. When I telephoned to make the appointment I explained this to the office. The office personnel stated they would talk to the groomer and get back with me to schedule an appointment. I received a call this morning stating I had an appointment at 0900 ion 26 Aug. I do not cognitively or physically function at 0900 in the morning. appointment was not arranged as requested. I find this behavior to be extremely unprofessional.

Description of Work
Schedul an appointment

Love the boarding service. They follow feeding instructions and meds. My dog always returns bathed, although the complimentary bath isn't the same as a grooming service.

Description of Work
I have used 2nd Ave Animal Hospital a number of times to board my dog. They seem to care about the animals, even send me a photo of my dog playing outside each day of boarding. I would highly recommend them.

The service was very good and he was timely.

Description of Work
He was very good but pricey.

They were a tad on the expensive side but they took care of the problem my dog had. They have seen him twice and they took care of him and got a good diagnosis. They were pretty good about getting us in; he had an infection and they got him in the same day and I didn't have to wait long in the office. It's a beautiful office; that's probably why it's expensive. They listened to what I had to say and they were clear with their instructions.

Description of Work
I took our dog to 2nd Avenue Animal Hospital in Columbus.

Insured
All statements concerning insurance, licenses, and bonds are informational only, and are self-reported. Since insurance, licenses and bonds can expire and can be cancelled, homeowners should always check such information for themselves.To find more licensing information for your state, visit our Find Licensing Requirements page.
General Information
Free Estimates
No
Eco-Friendly Accreditations
No
Payment Options
Visa, MasterCard, American Express, Discover
Senior Discount
5%
Warranties
Ask for details

2nd Avenue Animal Hospital is currently rated 4.5 overall out of 5.

No, 2nd Avenue Animal Hospital does not offer eco-friendly accreditations.

No, 2nd Avenue Animal Hospital does not offer a senior discount.

No, 2nd Avenue Animal Hospital does not offer warranties.