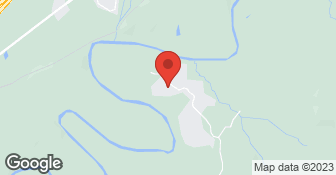 We offer multiple Finance Company options. Until April 15, 2014, we are offering $300.00 off of an EasyTouch Salt System with a Signed Pool Contract. The Draw Schedule on Pool Contracts is based on Work Performance. We Carry General Liability Insurance and Worker's Compensation.

I hired aqua fun to install a in ground fiberglass pool in early February 2020. After multiple emails, texts, and phone calls the owner Andy Cook won’t warranty his workmanship. I have tried to be be patient and understanding but He has missed multiple appointments and after missing today’s appointment tells me I’m a lier and I’ve never mentioned all the issues. So I reminded him by sending him screenshots of the conversations. He has been paid in full and won’t warranty the issues. Scratches in fiberglass from installers hammering 2x4 wood to support pool walls while back filling. Footprints in finished concrete from installers . Uneven concrete color which I was told on April 22 to give it 2-3 weeks and it would even out which it hasn’t. And today I was told I was a liar and a drunk by the owner. I thought that was funny because I don’t even drink.Lol!! I’m a local business owner and work in the construction field and have recommend his company to many new home builders. I will never recommend using Aqua Fun to any new clients of mine.

I still dont have my pool finished and it was started in June. The quality of work that we received was not good, not even average, WAY below average. The "drain" that they put in between the concrete is un level and looks horrible, the water does not drain, just sits there. The grading was never finished even though we were told someone would be out to finish it. the pool liner is sagging, the "seamless" liner has all the seams visible. the concrete pad they placed the equipment on was cracked. these are a few of the issues. I am looking for a local pool company to come out and finish the work that needs to be done because Andy (THE OWNER) of the company told me to keep the $700 that we owe him and that he did not want to hear from us again. Andy is the most rude and unprofessional business owner that I have met. I have asked Andy several times if he would come out and take a look at issues I had with the work, Andy has said that he will not come out and fix any issues I have. when I told him that the guys that had mixing cement had cracked our patio, his reply..... "read the contract, we are not responsible for damage to driveways and patios" when I said they cracked it when they had a big electric cement mixer on there.... READ THE CONTRACT. I'll stop here for now.

Always do a great job.

Description of Work
Opening and closing pool. Some pool repairs.

They came out on time and did what they were suppose to do. They just did their job. They don't try to oversell you stuff.

Description of Work
put a new liner and new soap dispenser in the pool.

We decided not to install a pool. However our experience with AquaFun is worth writing a review. Of the 3 companies we had come out Andy was by far the most informative, knowledgable, and accommodating. We knew within moments that if we proceeded, this was the guy we wanted to work with. Andy, thanks for your time. We decided a pool just isn't right for us right now. But if and when that ever changes we will only be making gone phone call...the AquaFun.

Description of Work
Andy is great

They are very responsive and they call you back. It was good. They came out, tell what I needed to do to fix the problem.

Description of Work
I used Aqua Fun Inc. They are out last year. I had my pool cleaned up. It was fine.

The work turned out fine. The price was reasonable.

Description of Work
I used Aqua Fun Inc for building a pool for me.

Very prompt, answered my many questions, used professional subcontractors, and stayed within budget.

Description of Work
Repaired my gunite pool (kidney shaped) by removing old plaster off all sides and bottom of pool and replacing with new. Fixed problems with skimmers, mud jacked parts of perimeter concrete decking that were settling, and replaced electrical timers for pool pump and polaris pump.

The service has been terrific. They are very dependable and they are reasonable with the cost. I would highly recommend them. We used them for seven years and we recently sold that house.

Description of Work
They cleaned my pool. They serviced the pool with chemicals as well.

They have been absolutely wonderful. They were great to work with. They were very responsive and they even came over the Thanksgiving holiday. They have been very helpful. They do normally communicate with any delays. I would definitely recommend them.

Description of Work
They have done pool repairs as well as maintenance. They do service monthly. The cost above is for all of the repairs and for the maintenance it is somewhere around $60.00 a month.

The service was good.

Description of Work
They did pool service. They did the pool closing.

A&K Electrical is a locally owned and operated residential service provider. For immediate response please call Andrew(Owner) at 770 884 4912! We have over 14 years experience in residential electrical. We offer upfront pricing before we start a job so there are no hidden cost. We treat you like family and not just a customer. Customer satisfaction is our #1 priority. Call us or text us today!  …

Since 1978, Reliable has offered home services with exceptional reliability and customer service. We offer more financing options than any other company, even Comfort as a Service, a hassle free way to get energy-efficient heating and cooling systems, water heaters, water purification even generators for a low monthly payment and all repairs, maintenance even filters are NO CHARGE EVER. Reliable takes care of everything. That is an UNBEATABLE WARRANTY.  …

We are a locally owned and operated electrical service and repair company. We specialize in residential and commercial applications. All of our technicians are fully licensed and highly trained. We operate our pricing off of a flat rate pricing system that allows our clients to know exactly what the job will cost before any work begins. All jobs come with a tleast a full 2 year warranty and a 100% satisfaction guarantee! Additional Contact: Brad Puckett  …

Above Ground Pool Installation or Service of any Kind

Aqua Fun INC. is currently rated 4.3 overall out of 5.

No, Aqua Fun INC. does not offer eco-friendly accreditations.

No, Aqua Fun INC. does not offer warranties.

Are there any services Aqua Fun INC. does not offer?

Above Ground Pool Installation or Service of any Kind