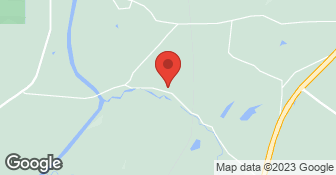 North Georgia Roofing and Repairs is a full service company. We have 15 employees and have been in business for three years. We service mainly north Georgia counties but will travel.

contacted North Ga Roofing and Repairs after I got their number from a coworker. I have just purchased a for closed home and needed it to be remodeled. They came out in a timely manner and gave me an estimate that compared to several others I had already received. The work started on time and was completed only a couple of days past the completion date. There was several issues dealing with workmanship that we had to address. But they were handled. I was very impressed with this company. And would definitely recommend them.

Description of Work
Remodeled a for closed home .

I contracted this company to do home renovation after they completed our roof. The renovation was to be finished in 2 months. However, after they received the second check from me for the work and materials, work all but ceased. The owner did not respond to multiple texts and phone messages until I threatened legal action. At that time, three months into the project, and with our home in shambles, he informed me that he would not be finishing the job. He offered no monetary recompense for the job, in spite of receiving 75% of the agreed-upon price. Most materials that were supposed to be purchased were in fact not purchased, and those that were purchased required that I spend hours tracking them down, then picking up the materials myself, and delivering them to my home. The most frustrating thing is that any work that was done was done poorly, and they had done demolition to the house that necessitated substantial repairs. After Mr. Evans backed out of the job, I got 4 estimates to finish the project. Each estimate was a minimum of $40,000.00 and each contractor stated that the work that had been done was substandard and they would need to repair many of the things that Mr. Evans' company had mismanaged. Mr. Evans' company flooded my home in the first week of the project, but said that they would cover all the cost of repairing the damage. This was never done. What Mr. Evans did to my home is unforgivable and I have very little legal recourse for compensation. At the risk of using strong language - Mr. Evans, and his company, are crooks and frauds.

Description of Work
Mark Evans, the owner of the company, replaced the roof under contract when we bought the house. The previous owner paid for the repairs through an insurance claim.

A gentlemen from North Georgia Roofing and Repairs stopped by my house one day inquiring about needing a new roof. He informed me that my roof might be covered by my homeowners insurance. I contacted State Farm and a few days later they had an adjustor come out and it was determined the damage was from a bad storm earlier in the year and it was covered. I worked with Kyle Robinson from North Georgia Roofing and Repairs and he was very helpful. He met the Adjuster and even went up on the roof with him. He was also very helpful in recommending the proper roofing material and shingles. Once I had received the 1st check and contacted Kyle he had his crew at my house within just a few days. The workers came out and within one day had the roof replaced. The did a pretty good job of cleaning up. The roof looks great and they did a great job on the roof. I just wish they would have spent a little more time cleaning up all the nails. I ended up with a nail in my car tire. But over all I was pleased with their services.

*5% off for All Angie's List Members* We specialize in all you paint and coating needs. From interior to exterior, residential, commercial, decks, and even log homes. We range from Pressure washing, wood rot, and even those pesky carpenter bee holes that need to be repaired. All work is done in a professional manner along with precision and care! *10% off for all Military, Police, and Emergency Service Personnel* - cannot be combined with other coupons and offers  …

Mar Painting Group LLC is a painting company excited and ready to help you with all your paint related needs. We have 5+ years of painting experience. Give us a call for your free estimate.  …

How is North Georgia Roofing and Repairs overall rated?

North Georgia Roofing and Repairs is currently rated 4.6 overall out of 5.

What days are North Georgia Roofing and Repairs open?

What payment options does North Georgia Roofing and Repairs provide

Does North Georgia Roofing and Repairs offer a senior discount?

No, North Georgia Roofing and Repairs does not offer a senior discount.

Are warranties offered by North Georgia Roofing and Repairs?

No, North Georgia Roofing and Repairs does not offer warranties.

What services does North Georgia Roofing and Repairs offer?