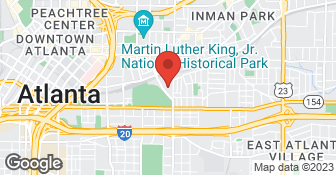 Very well! They were quite friendly and knowledgeable. Repairs were completed quickly.

Description of Work
Replacement of pressure equalizer between house and street.

The long and short is that the problem is fixed. I think it was pretty expensive to fix a leaking sink pipe, and everyone I've spoken to thinks the price I paid ($350) was too high, but at least it is fixed, which the person I called prior couldn't figure out how to do (Mr. Handyman). After watching Zippy fix it and listening to the explanation of what needed to be done, it didn't seem too difficult or complex of a problem.

Description of Work
I had a leaky sink and needed it not to leak.

An outdoor spigot broke off at the base, requiring the water to be shut off to my house. I called Zippy, and 90 minutes later, their plumber, friendly and polite, was assessing the situation. He told me it would cost $975 to replace the spigot and a few inches of copper pipe (according to the invoice, a new hose bib, piping leading to the hose bib, a new shut off to the hose bib, with pro press fittings and copper used). The price shocked me, but not willing to risk another day without water, I told him to go ahead. He completed the job in an hour, so problem solved within two and a half hours of the initial phone call. An “A” for quick service and what appears (it’s only been a couple of days) to be quality work. However. The price looks to be at least double the norm. Angie’s List suggests a range of $300-450 for such work, while a local plumber concurs with $250-450. Another local plumber said that I had “paid half the cost of what we charge to plumb a whole house,” also adding, “sometimes you have to pay a little extra for convenience.” In this case, the price of convenience cost me at least $500, and Zippy a good review.

Description of Work
Repair/replace outside spigot.

As the owner of the company I am sorry to hear about your discontent. If you would like to contact us back I would be more than willing to make it up to you however possible. Looks like the work was good but the hang up was with price. I can be reached at 404-989-2110. Thanks
5.0

Had Zippy install a hot water heater about a year ago. Everything was great, A+ service. Recently, I discovered an issue with the device and contacted them. Without hesitation they arranged for a replacement part from the manufacturer and scheduled a time to come back out and fixed the issue. Great communication. Great effort. Great work. Great overall results. Incredible value. Wouldn't think to hire anyone other than them. A+++

I called Zippy Plumber to unblock my sewage line. They were very prompt and offered a much cheaper price than a couple competitors I called to do a thorough inspect with camera. They discovered I had a solid blockage (which turned out to be plant roots), and had to replace a piece of my main line outside of my house. This involved digging up the flower bed in front of house. The job was completed quickly and thoroughly in just a few hours. Would recommend!

Description of Work
I needed my sewer line unblocked.

They were very responsive and punctual. When they came out to inspect the problem they thoroughly checked my plumbing to determine any other issues, which they were able to point out. I was given a thorough explanation of the types of materials and scope of work and they also followed up. I ended up using a neighbor who is also a plumber but would not hesitate to use these people for other work. I recommend checking them out!

Description of Work
They were recommended to me by a friend; I needed an estimate for replacing a water line going from the meter to my house which was leaking a significant amount of water.

They were very responsive - I called on a Thursday early evening about water dripping in our basement, and they came over to check it out within a few hours, diagnosed the problem and replaced our toilet that night. Robert was very nice, polite, and fixed our toilet very well. When he came back the next week for a different problem wanted to make sure that he had done everything to our satisfaction the first time (which he had for the most part, and more than made up for leaving the water meter key here when he came back the following week). We also had a visit from Matt for a follow up and a different problem (yes we had a lot of plumbing issues in one week), and he was great as well, very professional and helpful, checking out very thoroughly a few different things i asked him about. They also came to do free consultations about 2-3 times in that week, which was really great and very much appreciated. The price for replacing the toilet seemed on the high side to us (but I haven't had a lot of plumbing work done so maybe it's typical) but I would still definitely recommend them and use them again.

Description of Work
Replaced a toilet and also checked out some leaking in the shower.

Of several plumbers over the years, he's the best plumber I've dealt with. He likes taking on challenges, takes his job seriously and he's easy to reach, easy to communicate with, easy to deal with. From small job to big, this is who I would call. I met Matt when I had a difficult problem and asked 5 plumbers for quotes. I explained the problem to all 5 and they all came out to give estimates. Of the 3 that did give bids, Zippy Plumber (Matt Firtha) was the most organized, thorough and confident of the approach. He wasn't the low-ball bid, but he came with an experienced professional plumber colleague and the two of them did great diagnostics and were clearly the best team prepared to solve my problem. Matt collaborated with me on considering possible solutions and as an addon, I told him I wanted to combine the repair job with a remodeling project to add a new bathroom. He was very helpful coaching me on how to approach that project too. His crew did extensive cement work, contained the cement dust with a plastic tarp system, replaced old compromised cast iron parts of the house master drain, did a good clean up, and roughed in bathroom drains and new bathroom plumbing. He re-routed gas lines for a gas stove installation and helped me avoid problems with my remodeling project. I had a minor add-on project and he stayed to do that work and applied the same professional effort on the small things as he did on the big things. I expect plumbers to shop for parts specific for a job. Matt surprised me by coming with an inventory of fittings and pipe and couplings and a wide range of tools and he is prepared for just about anything. I have had good plumbers do work for me. Matt likes a challenge, comes prepared, is easy to reach and easy to deal with.

Description of Work
Re-routed a failed cast iron kitchen drain below cement slab in a major project requiring minor carpentry and extensive cement work. Replaced a failing cast iron master drain. Added a cleanout outdoors per current building code. Re routed gas lines for a new gas stove. Merged new pvc kitchen drain with a new drain they installed for a new bathroom. Roughed in source hot and cold for the bathroom. Added a drain for a bar sink for future remodeling.

I called Zippy plumber in the morning around 10:30AM, and they came at 12:30PM which was so fast and completely beyond my expectation. The owner and another plumber came together. They explained all the issues with a lot of patience. They fixed the problem very quickly and did quite a few things extra such as properly securing the pipe where the previous job didn't do correctly. They also pointed out a few other things I can do to improve the efficiency and safety of the pump system. The owner also explained many things about all the plumbing systems such as our hot water system, which was very helpful. They are very professional. They both carefully removed their shoes when they came into the house. We didn't even ask them to do so. After the owner went to the attic checking on the hot water system, he even spent time carefully removing all the insulation material on their socks in order to keep the carpet clean. I didn't even do that myself. Zippy plumbers are very careful and thoughtful. The price was very reasonable. I am so glad I can find such professional and trustworthy plumbers so quickly. Overall, they are very efficient, knowledgable and polite with great professionalism. I recommend they strongly to everyone. I will definitely use them in future.

Description of Work
Adjusted a shower control and the water flow from that shower head; helped properly secure the water pipe from the back

We had a busted water pipe in my front yard. We called Zippy and they came out within 2 hours. They were very knowledgeable and repaired the line quickly. Thanks!

VOTED BEST HVAC COMPANY by Atlanta Home Improvement magazine. For years, Cool Air Mechanical has been an expert provider of heating, cooling, indoor air quality and water heater services throughout the greater Atlanta region. If you find that it is time to have a new heating or cooling system installed in your home, or if you need someone to take over maintenance for you HVAC system in Atlanta, call us today and learn more about our full range of services. Each of our technicians is chosen based on their ability to provide the utmost in service to each of the customers they visit and they are prepared for nearly any issue that could arise. If you are interested in getting more out of your heating and cooling systems in Atlanta or other surrounding area, give us a call today. Additional website: www.770coolair.com  …

Farm Finger's is a Handyman located in Atlanta, GA. We offer Electrical Wiring, Oil Changes, Plumbing services, Welding, Hvac, Electrician services, Aircraft Maintenance, and other Handyman Services. Here at Farm Finger's, our mission is to always provide quality service at an affordable price. With our years of experience in the industry, you can be sure you are getting the best service around. The success of our company is due to the dedication we provide to our customers. No matter the job, customer satisfaction is always our number one priority. Please visit www.farmfingers.com where you may find all of our prices, save more when you bundle services. In order to provide you with an accurate estimate, please send photos to ffin365@gmail.com or we can complete an in person consultation for $30. Feel free to give us a call at 404-399-8045. Thank you for your valued response, we look forward to working with you on your next project.  …

How is Zippy Plumber overall rated?

Zippy Plumber is currently rated 4.9 overall out of 5.

No, Zippy Plumber does not offer a senior discount.

Are warranties offered by Zippy Plumber?

No, Zippy Plumber does not offer warranties.

What services does Zippy Plumber offer?