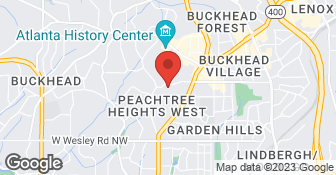 Vida Solution Landscaping is a landscaping company based in Canton, GA. Improving and maintaining your home’s landscaping shouldn’t be an impossible chore filled with endless research and unreliable landscape companies. We understand that you may have other priorities in life and you’d rather enjoy your outdoor living areas, rather than work on them. We provide custom landscape design, property management, lawn maintenance, and design completed by trained landscapers. We service residential and commercial customers.

We have the experience and dedication to bring your dreams to reality! Specializing in Lawn Irrigation and Landscaping Services, we guarantee your satisfaction, and we won’t leave until the job is done right. We pride ourselves on the quality work we provide, while delivering great customer service! Call or click to schedule a free estimate today!

Very well; Nathan (Rainman Irrigation) promptly got to work, found the broken line and repaired it to better than new. We will recommend Nathan to others and call him for any future needs.

DESCRIPTION OF WORK
We had a leaking irrigation water line.

My irrigation was leaking, and I called and spoke with Joel. He was very professional and did a great job of explaining things upfront. His crew was also very professional, and kept me informed of all repairs as they assessed the situation. The cost of the repairs were a little more than I anticipated, but the crew did a great job of finding alternative solutions that were as effective but also mo...

We had an emergency - the water pipe to the spinkler system had a leak at hte meter and water was everywhere.  It was a Saturday.  This service said they had emergency service.... so why didn't they even call back?

(Member name removed), Please forgive my lack of response. Winter can be very quiet for the irrigation repair guy on a winter Saturday, it is likely that I missed the call or was traveling. I would like to earn your business in the future. My business is small, and my rates do increase in April, so please give me a call to schedule the spring tune up. Sincerely, Jowell Thome [hyperlink removed] 40...
5.0

We were uncertain how to get started with the overhaul so I went to a reputable source of information - an irrigation supplty company. Because of their referral I called the Irrigation Repair Guy and got very good communication with the owner, Jowell, within 1 day. He and I walked the property and spent a lot of time formulating a plan for our short term and long term goals for maintaining the pro...

DESCRIPTION OF WORK
Rescued our antiquated irrigation system that had been dormant for 1 year due to multiple, well hidden, wide-open pipes, broken electrical controllers, and faulty sprinkler heads. INTRICATE attention was paid to every detail of our watering system and watering requirements. Assessment of every line and sprinkler head, and connection and controller was performed on their hands and knees - not just by eyeballing the layout of the system. Our watering requirements were reassessed and each zone was adjusted so we would use much less water than before. I was taught how to use the system to optimize it as the seasons changed. This revision has already paid for itself by saving on water costs and by keeping our plants from being overwatered.

Warning to others to shop around!  I found it difficult to get an irrigation company to call back at this time of year, don't get impatient and use him!

DESCRIPTION OF WORK
This is a bit of an unusual situation.  This man was hired by the previous owner of our house in April to fix a broken sprinkler valve that our house inspector found.  We subsequently closed on the house only to find the same valve leaking.  Not a little leak, major mud and the entire housing filled with water.  He charged the previous owner aprox. $250 for the repair.  I called him to inform that the leak had returned.  Left, message never returned my call.  Then called him again and he picked up.  Proceeded to tell me that he would come back to fix the valve but it would involve massive amounts of work, and gave me an estimate of $300-$500.  Even mentioned that if any other company came out to repair the problem it would be $1200.  As he saw it the problem was the sprinkler shut off valve was malfunctioning and he needed to take out our holly bush (8 feet high), dig up our water meter and install a new sprinkler shut off valve.  Only then would he be able to properly seal the pipe to the new valve.  I was incredulous.  Called highly rated Ridgeway Mechanical.  They came out, located the shut off valve for the sprinkler (in two minutes) which worked just fine, and covered with pine straw, obviously Jowell Thome had not ever located it,  and repaired the leak.  $39.00.   They are not a sprinkler company, plumbing, but knew what to do with pipe leaks.