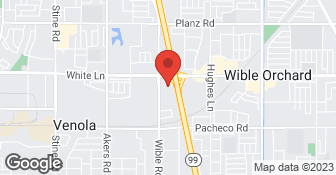 The century may be different, but Urner's remains as true as ever to their primary focus, providing great products, sold by great people, to great customers. ...

They weren't able to fix it because it would cost more to fix it than it was for me to buy a new one so they temporarily repaired it so it is working right now, but it won't work for long. He did a really good job.

On Tuesday I called Urners needing a dishwasher repair job. They said a man can't come out til Saturday (4 days wait). On Saturday, he called early A.M. to tell me he'll be out between 1:00 and 4:00. He arrived at 3:30. He looked at the dishwasher, maybe 10 minutes and said he thought it might be the heating element, but he wanted to see if there's a recall on it, so i can get it repaired for free. He said he'd call Monday and let me know. He called Monday and said there's no recall (why am i not surprised!). He said he can't come out until Thursday or maybe Friday. That's 10 days from my initial call! He did not seem like he wanted to work on the dishwasher right from the start. I decided to call someone else since he didn't seem very eager to help. I called another company, and they were out the next day. .

They sell furniture there too. They are a pretty good company.

Description of Work
I go to Urner's for electronics.

They were really good. We had some problems and they came out and fixed them. It was a really high quality stuff in it. It was really worth it.

Description of Work
I used Urner's Appliance Ctr for purchase of kitchen appliances.

He told me the charge was 80.00 to come out. He said I needed a new electrical starter on the machine. I told him I could just wiggle the plug and that was not a problem. He also said I needed a new pump which I had just replaced as well. They tried to charge me for about 300.00 just to fix it. After hearing this estimate I told them to forget it.

Description of Work
They came out to repair my washer.

Description of Work
They have done appliance repair for us in the past.

Urner's Appliance Repair is currently rated 3.9 overall out of 5.

No, Urner's Appliance Repair does not offer free project estimates.

No, Urner's Appliance Repair does not offer eco-friendly accreditations.

No, Urner's Appliance Repair does not offer warranties.