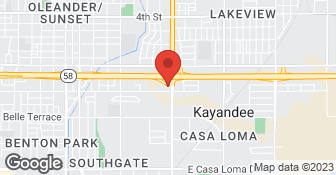 We are a first-rate moving company that provides total quality management and prioritizes teamwork with our clients. We are gentle with your items and take their safety seriously. Schedule us today for affordable moves, piano moving, and furniture moving.  …

"Valley Moving Company serves you by bearing the burden of moving your things! From delivering a Christmas tree into your living room, to helping move an entire house of belongings, Valley Moving Company is here to help! We serve residential customers as well as commercial businesses in need of delivery services! If it needs moving, we're here to move it!"  …

Description of Work
Galbraith was the agent of North American that moved us from California to Tennessee. My initial contact at Galbraith was with Billy who was VERY nice and professional. Billy looked at all of my stuff, in person, including the items in my storage locker. He estimated approximately 15,000. Yikes!! But, we had to move, and we had to get our stuff to Tennessee somehow. Previously, I got a quote from a competitor that was in the same price range, but that competitor"s methods made me extremely uneasy, which cause me to go with Galbraith/North American. First, the good points: they showed up to load my things when they said they would. And, when all was said and done, very little of my stuff was broken or damaged, certainly far less that the $500 deductible for the insurance I paid for. And Billy continued to be responsive to my calls. Now, the bad: because Billy had physically seen my stuff, they KNEW exactly how much stuff I had, at least volume-wise. When the moving truck arrived at my house, however, it was already more than half-full with another household; consequently, they could NOT get all my items on the truck. Not to worry, they said, we'll just take the leftovers (like 7000 pounds worth) to our secure storage and get it to you just a few days after the first shipment arrives. HA!!!!! That second load sat in their storage facility for ALMOST A MONTH, despite DAILY phone calls from me, which began with me being polite, and eventually progressed to me being irate, with no results. My husband finally called, and threatened to sue. I don't know if this is what finally moved them or not, but they FINALLY sent the second part of my things a MONTH after our original move. Since that second shipment did not contain my beds or kitchen equipment (which would have caused us to need a hotel or eat in a restaurant) they would not compensate me for the delay, because I incurred no unavoidable expenses. Mind you, they would not complete delivery of my first load (including all the essentials like beds, couches and kitchen items) until I paid the entire $18,000, even though that amount also covered the delivery of the second load. They were prompt in demanding payment, but hugely delinquent it providing the bargained for service. My second negative comment is that Billy viewed my items and estimated $15,000, but after the shipment was weighed, the charge turned out to be $18,000. I knew ahead of time that the $15,000 was an estimate, but I certainly assumed, and Billy assured me, that the estimate would be close. I guess it depends on one's definition of "close," but an underestimation of $3,000 is not "close" in my book. When we finally got our second shipment, the local Tennessee moving company delivery man that delivered my items told my that in his professional opinion I was "robbed," and that $18,000 was outrageous. Having now lived in both Tennessee and California, I can say that the cost of living here in Tennessee in much lower than in CA. That may account for the Tennessee mover's opinion, or it may be the case that I WAS "robbed." I also do not have the expertise to say whether the major delay was the fault of Galbraith or the fault of North American corporate, but in the end, for my purposes, what does it really matter? The bottom line for me was a HUGELY expensive move in which I had to wait over a month for around 1/3 of my stuff to be delivered. I am NOT HAPPY.