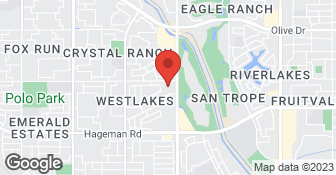 Professional Management of Owners' Associations in California & Texas; and Commercial and Residential buildings in California....

The owner is a good guy, but it seems like after he moved out of state there's no oversight and so the employees running the company don't really care. When I called my tenant at the end of her lease she said that she was extremely happy to get a hold of me because her customer service experience with Iron Gates was "nightmarish." Knowing how hard it is to get someone on the phone from the company, I can sympathize. They never answer their phone and will not call you back. I've had to call the owner of the company directly multiple times just to get anything going. My tenant had reported to Iron Gates that there were service issues with both the pool company and gardening company not showing up when they were supposed to and the company did nothing. She also called Iron Gates to report two plumbing leaks and an issue with the A/C. Unfortunately Iron Gates stonewalled the tenant and never even told me about the issues and so now I'm afraid that I have more severe damage to contend with. After the tenants moved out Iron Gates took the keys and refused to return them even a week later! I'm going to have to pay extra to have the whole house re-keyed just because of this. This isn't the biggest issue (their employees' negligence cost me thousands in other areas), but it's just annoying that this company can't even do the most basic things. I was disappointed with Iron Gates and would not recommend any tenant or landlord to use them based on my experience.

Description of Work
We hired Iron Gates to manage a residential property in Bakersfield, CA.

Arc Energy Co. is taking a different approach to providing the Bakersfield community with solutions to their energy needs. We walk you through every step of the process, helping you make the best choice for your home and family. In our Bakersfield solar showroom, you can experience the actual panels and equipment that will be used in your specific installation. We'll explain how your system operates and can answer any questions that you may have as thoroughly as possible. We want the customer to feel knowledgeable and ready when they take the leap to solar! Come on in, meet the team, and see what we're all about! No matter what, we will always hold a no-pressure environment.  …

A-1 plastering is both residential and commercial. We are licensed, bonded, registered with PW and insured with 30+ years Acrylic Stucco Modeling Foam Quality Work Guaranteed Call us today for a free estimate. A-1 Plastering LLC I look forward to hearing from you!  …

Insured
All statements concerning insurance, licenses, and bonds are informational only, and are self-reported. Since insurance, licenses and bonds can expire and can be cancelled, homeowners should always check such information for themselves.To find more licensing information for your state, visit our Find Licensing Requirements page.
General Information
Free Estimates
Ask for Details
Eco-Friendly Accreditations
Yes
Payment Options
Check, PayPal
Senior Discount
No
Emergency Service
Yes
Warranties
Ask for details

IRON GATES - Real Estate is currently rated 2 overall out of 5.

No, IRON GATES - Real Estate does not offer a senior discount.

No, IRON GATES - Real Estate does not offer warranties.