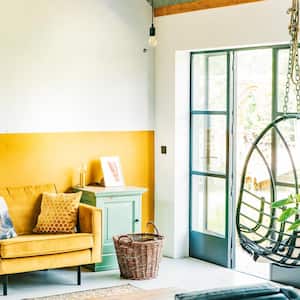 Before Getting Started, Ask Yourself These 7 Interior Design Questions

Before you design your dream home, ask yourself some Qs

When it comes to the living or working space inside a building, you might think of an interior designer as analogous to a fashion designer, while an interior decorator is more akin to a stylist.

An interior decorator concerns themself with the aesthetics of an already constructed space, furnishing rooms, finishing floors and walls, and arranging objects. They work with clients to help them settle on a style, choose color schemes, and pick wallpaper, furniture, and accessories. Though there are a variety of courses and certifications available to an aspiring interior decorator, the profession does not require any formal training or education.

An interior designer, by contrast, focuses first and foremost on how a building functions and the way people use it, working with architects to physically shape rooms. They help establish a floor plan and lay out walls, with an eye toward building codes and regulations, accessibility, and the efficient organizing of the activities people will be conducting inside.

To become an interior designer, one must go through formal schooling to be well-versed with established methods of spatial design and trained in creating plans both by drawing and with computer-aided design (CAD) programs, and to study elements of related fields like architecture, fine art, and furniture design. Interior designers often apprentice with established figures in the field—and in some areas, they are required to pass the NCIDQ Exam, or acquire a similar credential, in order to practice.

What Does an Interior Designer Do?

Often hired by a building’s architect or developer, an interior designer often begins their work after an architectural design has been established and makes a game plan on how to use the space. They look at what the building needs to do and address the practical problems of space with an artist’s eye.

Once a client has approved the plan, a designer oversees its implementation, making sure each detail is executed in a manner conducive to the function and appearance of the whole space. An interior designer often helps with the selection and installation of window treatments, cabinetry, light fixtures, and semi-permanent appliances like toilets and showers. Many interior designers go even further, helping select every last piece of furniture and accessory, basically taking on the role of interior decorator. 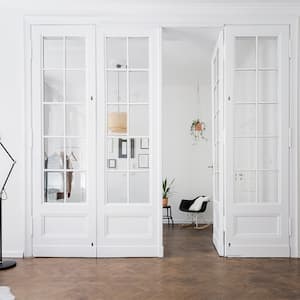 Open your door to a wide range of interior design possibilities

What Does an Interior Decorator Do?

An interior decorator recommends and selects paints, fabrics, furniture, fixtures, wall art, and other accessories. After consulting with a client, they prepare a design concept, presenting renderings and material samples to the client. If approved, they will assist the client in hunting down what’s needed for their dream space.

Being an interior decorator requires a rich understanding of color, textiles, and finishes—as well as practical skills with painting and flooring, and relationships with upholsters, furniture-makers, cabinetry professionals, and the like—but no formal training is required.

Whether a homeowner should hire an interior decorator or a designer depends on their needs and goals.

If you’re starting from scratch on your own custom home build, you’ll probably need to hire an interior designer. When it comes to freshening up or making an existing space your own, it depends on the scope of your project. One broad way to think about it is the difference between a remodel and a renovation.

Remodeling a space changes its structure and or purpose. If you will be removing walls, adding windows, or otherwise reshaping the actual interior structure of your home, you need an interior designer.

Renovation, on the other hand, involves refreshing, changing, or restoring the appearance of a space. If you want to update the look of a dated kitchen but don’t need to change the layout, an interior decorator is your best choice.

But keep in mind: these distinctions rarely present themselves so starkly in real life. Many interior designers include decoration as part of their practice, seeing the design through from blueprint to staging. And many interior decorators can be a reliable intermediary between you and the contractors on a slightly more ambitious project that doesn’t require complex structural work.

Before hiring a decorator or designer, do your research and ask lots of questions from at least three different pros. Then you can make the perfect choice for your project.