Think You Might Be a Hoarder? Learn the Signs 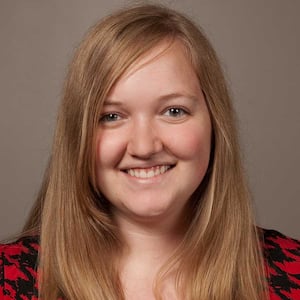 Concerned you or someone you know may be a hoarder? Check for these telltale signs.

It may start small. Piles of papers, books or junk take up just a corner of your home. But then items start taking over an entire walkway. Eventually, the collection of stuff completely blocks off an exit to the room. Blocked exits or entrances represent just one of many signs of hoarding, a psychological disorder.

According to the Anxiety and Depression Association of America, hoarding occurs when a person expresses difficulty discarding or parting with possessions regardless of their value.

The ADAA says hoarders place value on quantity of items rather than quality. Sometimes people show signs of hoarding when they become intent on searching for unique items — even though the items may not appear rare or unique to others.

People can hoard without exhibiting any other disorders. However, sometimes hoarding stems from other disorders such as obsessive-compulsive disorder or depression. 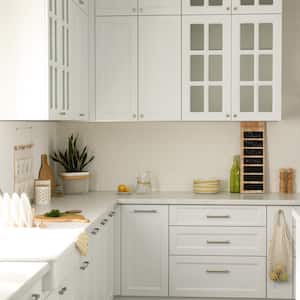 Out with the old and in with the new

Signs of hoarding vary, but here are some common behaviors.

"People will not let anyone in their home," says Vickie Dellaquila, owner of Organization Rules in Pittsburgh. "That's a big problem. They'll ask people to meet them somewhere, or if they show up, they won't let them in."

Dellaquila says other signs typical of hoarders include: piling items outside the home, such as in the backyard or on the porch, drapes that are always closed so you can't see in, or items blocking the windows.

According to the ADAA, you should also look for the following symptoms:

• Inability to throw away items• Severe anxiety when trying to throw away items• Difficulty organizing possessions• Indecision on where to store items• Feeling overwhelmed or embarrassed by possession• Suspicious of others' touching their items• Obsessive thoughts and actions, such as fear of running out of an item or needing it in the future• Loss of living space• Social isolation 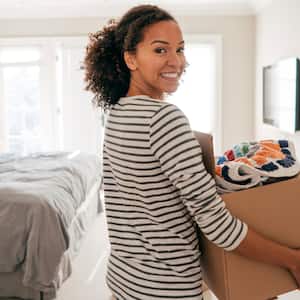 Put self-sabotage in its place

Organizers help hoarders learn how to organize and store their belongings in a functional way.

"Our job is to encourage them and inspire them to see that their space can look better, and they'll feel better," says Monica Friel, owner of Chaos to Order in Chicago.

Friel and Dellaquila both stress that the key in starting treament for hoarding includes hoarders being ready to help themselves.

"One of the first steps is they [hoarders] have to be ready," Dellaquila says. "They have to want help. If they don't want help, it won't work." 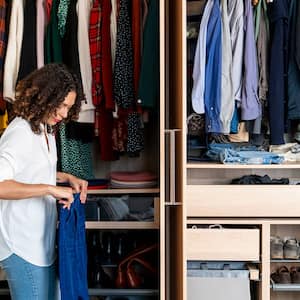 12 Things to Get Rid of in One Hour

Shows like "Hoarders" and "Hoarding: Buried Alive" — the latter of which featured both Dellaquila and Friel in previous shows— helped bring awareness to the issue. Dellaquila says awareness also helps hoarders.

"Most organizers start by talking [to hoarders] on the phone," Dellaquila says. "Most talk on the phone and are shameful and think they're the only ones. It brings an awareness that they're not the only ones with this problem."

Have you conquered the organization battle in your home? Tell us about it in the comments below.