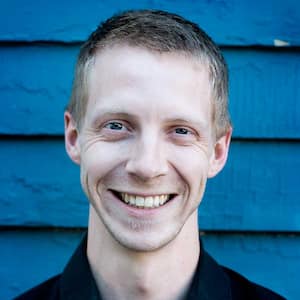 Low-slung roofs with expansive overhangs, floor-to-ceiling windows, open floor plans and natural materials such as limestone and brick — all hallmarks of mid-century modern design homes — are what drew Zach Dobson and Courtney McCracken to Carmel's Thornhurst neighborhood as the husband and wife searched for their first home.

Not finding one for sale, Dobson wrote letters to a dozen homeowners expressing his interest. The gambit paid off, he says, and within weeks the couple purchased a 1957 home from its original owner.

"The homes are just more interesting," Dobson says of the neighborhood, located west of the Carmel Arts & Design District. It was developed in the 1950s by Avriel Shull, a Hoosier designer, and recently listed on the National Historic Register.

While unique in design, these homes also pose challenges when it comes to repairs and renovation. For starters, windows that dominate entire wall panels offer little insulation against Indiana's extreme temperatures.

"Our windows are almost two stories tall and terribly inefficient," says member David Gries, who in September bought a home in northeast Indianapolis designed by Indiana architect Evans Woollen. But Gries says the view makes it worthwhile: "It's 50 feet of glass overlooking the woods."

Any repairs or replacement on the modern homes' flat or low-pitched roofs also costs more. "It generally costs about 50 percent more in most cases," says Douglas Miller, president of highly rated Coomer Roofing, which has found solutions for flat and low-pitched roofs. "The steeper the roof's pitch, the better the drainage, which means less wear and tear," Miller says.

Despite the challenges, Indiana Landmarks Vice President Mark Dollase says many first-time homeowners are drawn to these unusual homes. "We're seeing a generational shift in ownership of these properties," he says.

Indiana Landmarks formed its Indiana Modern committee five years ago to help preserve the state's portfolio of noteworthy mid-century structures. "We want [homeowners] to retain as many of the original features as possible," Dollase says. "From a resale standpoint of attracting other people interested in mid-century, it's the wisest thing to do."

Problems such as inefficient windows and high-maintenance roofs haven't prevented Gries and his wife, Natalie, from appreciating their mid-century modern home. "You do it because you love the house," he says. "We wouldn't change a thing. 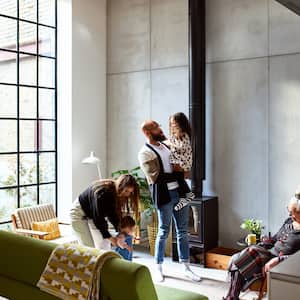