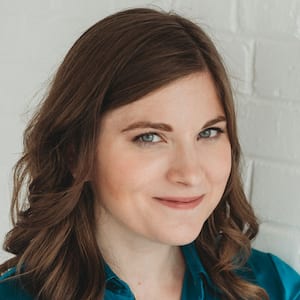 A deadlatch offers an extra layer of protection for exterior doors

Whether you’re looking for ways to beef up your home security or just want to know what that second lock on your front door is called, you’ve come to the right place. A deadlatch is a locking mechanism that locks automatically without having to turn a knob or use a key. It rests against a metal strike plate mounted on a door frame. The deadlatch works by using a bolt to block the door from opening, giving your door extra security. Learn more about what a deadlatch does and how it works.

What’s the Difference Between a Deadlatch and a Deadbolt Lock?

The main difference between a deadlatch and a deadbolt is that you use a key to lock a regular deadbolt from either side. When using a deadlatch, the lock falls into place once you close the door—no key necessary. If you have a deadlatch, you can leave the house without worrying whether you locked the front door.

Which Is Better: Deadlatch or Deadbolt?

It's all a matter of preference. You may like a deadlatch because you don't have the hassle of locking with a key when you leave. However, if you forget your keys, you’ll be left out in the cold.

If you like the option to lock and unlock your door on your own, opt for a deadlock.

A spring latch, also known as a latchbolt, contains a spring-loaded metal piece that engages with a strike plate when opening and closing a door. Once you turn the handle, the bolt retracts from the strike plate.

Think of a spring latch as a pinball machine: when you play, you pull the plunger, and the pressure from the springs sends the ball flying. Instead, the springs release the latch with a turn of the handle.

Conversely, deadlatches are not spring-loaded. 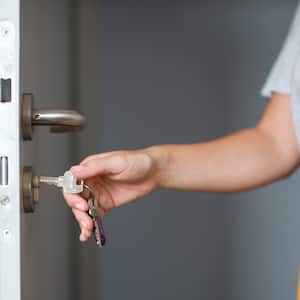 The 10 Most Common Types of Door Locks

How Does a Deadlatch Plunger Work?

A deadlatch plunger is a crucial piece of the deadlatch lock. When you close the door, the plunger keeps the lock from retracting when pushed or under pressure.

How Do You Tell If Your Deadlatch Is Working Correctly?

If you close your deadlatch and everything locks into place quickly and feels secure, you have a working deadlatch. But what if something feels off? Maybe there's a weird sound when you close your door or use your key to get in. Here's what you can do to diagnose and fix the issue:

1. Shine Light on the Door and Troubleshoot

The most common problem occurs when the mechanism falls into the strike opening due to improper alignment.

Heavy weather stripping can cause an issue if it compresses, making it harder for the deadlatch to lock behind you when you shut the door. If you notice you are using more force to close the door, weather stripping may be the problem.

Move the strike as necessary. You'll further protect the striker from being inoperative and prevent the plunger from jarring into it.