How to Find Trustworthy Cleaning Services 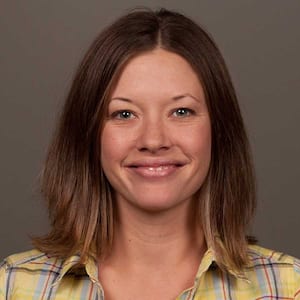 Hiring a housekeeping or maid service? Learn why a background check is just as important as insurance and references.

Theft. Inadequate cleaning services. Unreliable maids. Any one of these scenarios could happen if you don’t do your homework before hiring a housekeeping service.

“Homeowners are looking for someone to count on,” says Betty Nicholson, owner of Mothers Cleaning Co-Op in Citrus Heights, California. “Integrity is key — a person who gives their all, every time.”

Police arrested McAlister in February 2012, and she ultimately pleaded guilty to theft-related charges, including Moore’s, in Johnson County, Kansas.

Moore says McAlister worked at her home only once. But days later, she says her bank inquired about questionable credit card purchases.

“I discovered my corporate bank card missing from my wallet,” Moore says. “She didn’t even do a good job cleaning.”

After filing a theft report, Moore says Olathe, Kansas, police asked her to identify McAlister on surveillance footage from a local Walmart and Walgreens.

Johnson County Assistant District Attorney Ann Henderson says McAlister pleaded guilty to felony charges of theft, residential burglary, identity theft and misdemeanor theft. McAlister was sentenced to 24 months of probation and ordered to pay restitution to the victims. McAlister could not be reached for comment.

Here are some things you can do to protect your home when hiring a housekeeping service:

Look for the 'keys to success'

“It preys on the weak and poor, working them like dogs with never any hope for a raise,” she says. “For most, it’s just a dead-end job that attracts desperate people — drug users and thieves among them.”

Nicholson says she took a new approach when she founded the Super Service Award-winning Mothers Cleaning Co-Op by creating a profit-sharing cooperative that includes 60 moms. She says the women work part-time and earn $25 an hour, affording them extra income and an investment in a local enterprise.

“Our moms care for clients’ properties the same way we’d care for our own,” Nicholson says.

Member Teri McKown of Sacramento, California, says she suffers from health issues and decided to hire Mothers Cleaning so she’d have one less thing to worry about.

“I feel totally comfortable that my house is in good hands,” McKown says. “I can leave and know they’ve done what they said they’d do. Other services I’ve tried seemed to use cheap labor and most of [them] had difficulty with English, so this made it hard to communicate.”

Many owners of highly rated house cleaning services say they treat their employees like family, which makes all the difference to clients.

“I’m very involved,” she says. “I pay my girls good and treat them like gold. Those are all keys to success.”

Remember the old adage "you get what you pay for." If you choose a house cleaning service because it offers the lowest price, you could wind up with sub-par work or a company that doesn't fully screen its employees.

Most cleaners charge by the hour or square footage, and will provide a free estimate. In 2014, Angie's List members reported paying an average of $123 for a biweekly house cleaning.

House Cleaning Costs: Find Out What a House Cleaner Charges

Meant to protect the homeowner if something goes wrong, insurance covers damages by the cleaner, such as bleach stains, and a bond covers an employee’s dishonest criminal conduct, such as theft.

Never hire a maid service that is not fully insured and bonded.

Before hiring cleaning services, always ask for proof of liability insurance and verify that the company is bonded. You can also ask for their policy numbers and call the insurance company to confirm that the policy is current.

For companies with more than one employee, make sure they also have workers’ compensation insurance to cover any potential injuries on the job.

Randy Neese, owner of All About Clean in Nashville says he runs background checks on all workers and performs multiple interviews.

“We can teach people to clean well, but a person’s morals are deeply rooted,” he says. “Insurance and bonding are great, but the most important part is to hire [people] with high integrity.”

Before hiring a cleaning service, ask to see a copy of the background check run on any employee who will be working in your home.

It's important to keep in mind that even if a company screens their employees, a background check isn't always foolproof.

“The truth though is if a person just moved to the state, their background will not show anything," says Ilona Erst of American Maids of Chicago, Inc. "We never send a new person alone to a house until we feel we can trust them. We also use the ORION pre-employment test during the initial interview, which helps us understand what the person is capable of when it comes to theft, drugs or alcohol use.”

If you want extra peace of mind, state and local police agencies also offer employee background checks for a fee. Various online services charge around $20 to do a nationwide criminal check.

Editor's note: This is an updated version of an article that was originally posted on May 1, 2013.