If you’ve noticed that the maple trees in your front lawn look more like the surface of the moon with craters and holes along the trunk, you might be dealing with invasive Asian longhorned beetles.

These beetles are destroying trees across the Midwest and eastern U.S., and they can be hard to exterminate once they’ve decided to make your property their home. Once you identify the signs of an infestation, consider these eradication and prevention tips to get rid of Asian longhorned beetles for good.

What Are Asian Longhorned Beetles?

Asian longhorned beetles are a wood-boring beetle that is considered invasive in the U.S. Also known as the sky beetle, the Anoplophora glabripennis, as it is scientifically named, is native to eastern China and Korea.

First identified in the U.S. in 1996, the species is known for attacking and killing thousands of trees across the Midwest and the eastern U.S. It’s estimated that the beetle came to the U.S. via wood packing materials and wood pallets on shipments to the country in the 1990s.

When a native species is relocated to an area with minimal natural threats, the ecosystem cannot naturally maintain the species’ population. It is then that the misplaced species can become invasive.

How to Tell if You Have an Asian Longhorned Beetle Infestation

Where you see gorgeous leaves and shade in your maple or elm tree, Asian longhorned beetles see a feast. These wood-boring beetles love many different trees, including ash, birch, elm, willow, maple, poplar, and willow trees, just to name a few.

There are many signs of a pest infestation. You may even see the beetles themselves, but they’ll look a lot different from many of the normal critters in your yard. These distinct beetles are shiny and black with white spots and long, striped antennae that outmeasure the insect’s body. They measure about three-fourths of an inch to 1 1/2 inches long. 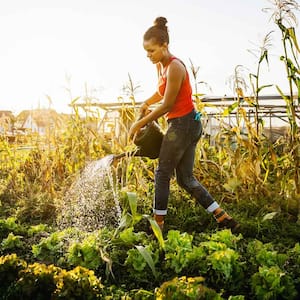 8 of the Worst Garden Pests You Should Definitely Tackle ASAP

Learn how to identify and control who’s pestering your plants

While you still probably want to get rid of them, Asian longhorned beetles are not likely to bite humans or pets. If there’s a rare case where one does bite you, a child, or a pet, these beetles are not poisonous. The real threat is that they can kill trees quickly.

Thanks to eradication programs in New Jersey, New York, Massachusetts, and Ohio, the beetle has yet to spread to the western part of the country. But every state is at risk. If the Asian longhorned beetle were to spread across the U.S., the USDA Forest Service estimates that 30% of urban trees would die, with a negative economic impact of over $669 billion.

When these beetles decide to make a tree their home, that tree can die within just 10 to 15 years. Once the infestation takes root, there is no chance for the tree to survive. Even scarier, you may not notice an infestation for three to four years, giving the beetles plenty of time to take over your trees and others in the neighborhood before anyone suspects a thing.

How to Get Rid of Asian Longhorned Beetles

Unfortunately, you’ll have to part with your tree if it has been infested with Asian longhorned beetles. There is no chance for recovery or regeneration once these beetles take over a tree. But don’t grab a chainsaw to remove your tree just yet. If you have an infestation, you need to report it and have the tree removed by authorized officials.

If you notice signs of an Asian longhorned beetle in your yard:

How to Prevent Asian Longhorned Beetles

Since you can’t get rid of them easily once they’ve taken up residence, the best way to keep your local trees alive and well is to keep a watchful eye out for signs of an infestation.

Preventative measures, such as inspecting your trees and buying local firewood, are the most effective ways to stop this invasive species. 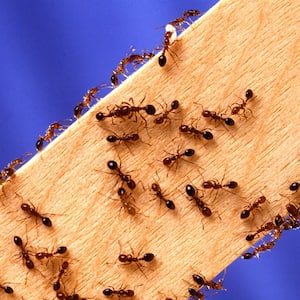 Learn about the different types of bugs that may enter your home by reading our glossary of common pests below.