3 Types of Solar Panels to Power Your Home

If hot, sunny days inspire you to switch to renewable energy for your home, it might be time for you to take the plunge. Before you can admire a shiny, new solar panel system on your roof, you need to choose between the different types of solar panels. Check out the advantages and disadvantages of each type, and get answers to any questions you may have about going solar. 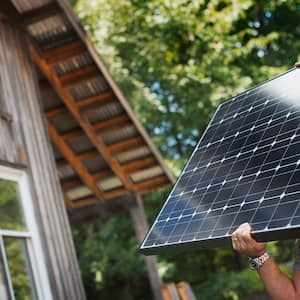 How Many Solar Panels Do I Need? Explore Typical Panel Wattage and Costs

Monocrystalline panels are the technology that started it all. These panels originated in the 1950s, and they’re still going strong in the solar world.

There are many advantages to using monocrystalline panels in a home solar panel system:

The disadvantages of this panel type are significant if you’re on a tight budget: 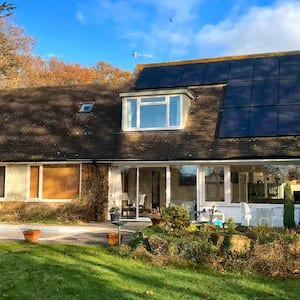 The 5 Best States for a Solar-Powered Home

The best states for solar energy, from Arizona to Florida

Here are the benefits to using polycrystalline panels:

Polycrystalline panels come with a few disadvantages, too: 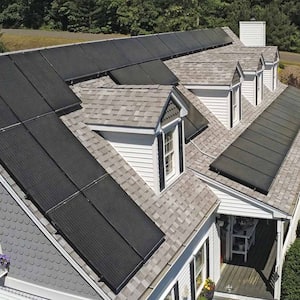 Also known as thin-film photovoltaic cells or thin-film PV, the third type of solar panel is made differently than mono- and poly-crystalline panels. Manufacturers construct thin-film solar panels by putting down layers upon layers of photovoltaic materials, such as copper indium gallium selenide (CIGS), cadmium telluride, or amorphous silicon. Because these panels take up significantly more space to generate energy than other kinds, thin-film panels are often used in industrial settings rather than residential ones.

The advantages of thin-film panels are many:

On the other hand, thin-film solar panels come with several downsides. In general, thin-film panels:

Remember, solar panels can be dangerous to install, so regardless of which type you end up choosing, consult a local solar installation pro who can help you safely go solar.