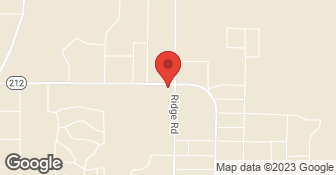 free estimates, senior/military discounts. family owned and operated business. you name it we provide it. 100% loyalty and satisfaction....

I called to get an estimate to have my front lawn resodded. The guy came out to do a survey and said he would email me the estimate. I never received the email or estimate a week later, so I called and requested it be sent. They said they would send that evening when they got back from a work site. I never received the email or a call back. I called again to have it sent and confirmed my email address and phone number and they said they would send it that evening. I never received it or got a call back so I ended up going with another service provider. I'm not sure if it was because they were very busy or maybe a little unorganized but I could never seem to get a hold of them (left messages every time I called) or get a response on the quote. When I was able to talk to them, they were very professional and courtesy.

Description of Work
Called to get estimate done to resod front lawn.

The main water line to my house ruptured under my yard in 2012. I had the line replaced and needed the irrigation system repaired and sod installed. I called around and ATR was available. The price was good and they completed the job quickly and efficiently. The quality of their work was good. I thought I had found a quality landscaper after going through several companies. The owner even offered a discount on fall blow down service. One month later, I called to have my irrigation system blown down, but I could not get ahold of them. I left numerous messages, but never received a call back. That is what prompted the lower rating.

They did a great job. They cleaned up their mess where 9 time. Just did a good job I'll hire them again.

I called and left a message for them to get back to me. Two days later, after no reply, I called again. Finally got a call back, and was told that they were too busy to come out, but could get there on the 26th (a week and a half after the phone call). I said I could live with the problem that long and made an appointment for them to show up on the 26th at 2:00pm. I set aside time to be there that afternoon. They did not show up. An hour and a half after they were supposed to show up, I called again and left a message. To this date (6/29/13) they have not replied. I am trying to get another contractor, as these folks are apparently not responsive to a customer's needs.

The employees stayed on task. I never saw them standing around. Very HAPPY.

they were prompt, the owner kept in contact, the left with it looking neat

Description of Work
the company removed old rock and sand from under our children't playset, removed straw, and leveled the back yard a 30x30 section. they also went and purchased red rock from a local company and added 6 tons to our back yard.

My galvanized water line to my house broke. I had the yard dug up and the line replaced from the street to the house (approximately 70 feet). After the underground work was done, I needed someone to repair the irrigation system, level out the yard and install new sod. I called ATR and Noah came out within an hour and gave me an estimate. He was able to do the work within a week. The job was well done. He came out to meet with me to see if I was satisfied prior to asking for final payment. The only issue I had was after the fact. Noah had told me up front that ATR would blow down the irrigation system in the fall and restart the system in the spring free of charge. I called 5 or 6 times over 3 weeks in October and left a message each time. I never received a return call from ATR. I really didn't care whether the service was free or not, I just wanted a response. I had to call another outfit to shut down the irrigation system. I would grade ATR an A for responsiveness initially and an F after the fact, hence the C for responsiveness and professionalism.

Description of Work
I had my irrigation system repaired, yard leveled and sod installed.

Noah was GREAT. He arrived for his estimate on time, did the installation on time and very professional. Cleaned up his area. All of his workers arrived, also professional.

Very satisfied customer! I will definitely use ATR Landscaping in the future for my landscaping needs!

Description of Work
ATR Landscaping put in a sprinkler system in my front and back yard (there was an old system that was broken which they took out). They also removed 3 dead trees, ground down the stumps, and planted a new tree and staked it. They also put in a new cedar gate with posts in concrete and fixed an existing gate that wasn't latching properly. The sprinkler system is a Rainbird and plenty of heads were installed to cover every inch of grass. I was very happy with the outcome of all the work performed. There were usually anywhere from 4-6 people working on any given day. They finished all this work in just 4 days and cleaned up after themselves.

They were here when they stated. started early in the morning(7:00 am or earlier) and stayed late when necessary.(9:00 Pm on last day}. The workers were very friendly and proffessional. They preformed jobs that were not included in the bid and provided some extras at no additional charge.

Description of Work
Removed a tree and bushes, Installed a complete new sprinkling system and landscaped front and back yards.

Call today for a free consultation. Our team of certified arborists provides expert tree services, trimming, removals, insect and disease prevention and more. All Davey Tree specialists are licensed, bonded and insured and committed to personalized client service and accomplishing your property goals. Contact us today to get started!  …

At New Frontier Fence LLC we take pride in doing quality work. Our goal is to make your vision a reality, with any custom or generic fence project. We now offer Skidsteer & Excavator services! Contact us today for a free estimate. God Bless  …

Our speciality is gardening and lawn renovation. My company aims to beat competition by offering affordable prices. We are thorough and our mission is to provide incredible, courteous service at the lowest rate possible. We are owner operated, and excited to bring on new clients!  …

Insured
All statements concerning insurance, licenses, and bonds are informational only, and are self-reported. Since insurance, licenses and bonds can expire and can be cancelled, homeowners should always check such information for themselves.To find more licensing information for your state, visit our Find Licensing Requirements page.
General Information
Free Estimates
Yes
Eco-Friendly Accreditations
No
Payment Options
Check, Visa, MasterCard
Emergency Service
Yes
Warranties
Ask for details

ATR Landscaping Services LLC is currently rated 4.6 overall out of 5.

No, ATR Landscaping Services LLC does not offer eco-friendly accreditations.

No, ATR Landscaping Services LLC does not offer warranties.