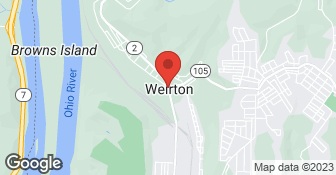 Description of Work
We left three messages; they didn't even bother to return the calls.

Description of Work
I called to ask about their services and gave detailed information about the work I needed done at my house. The woman who took the information said "The Husband for Hire" would call me back and he never did.

Description of Work
installed new storm door and changed door handle and lock on front door. He did the job promptly and was reasonably priced. The finished job was a little sloppy because the door was smaller than the old door, but the job got done in the time promised. | |I will be calling to do some more work in the near future.

They came and sat down at my dining room table and gave me a price. They didn?t give an actual estimate, but begrudgingly allowed me to make a copy of the price he scratched down on a notepad. Nine of the doors could be purchased from Lowe?s ($180) and the other three had to be custom ordered ($150). During the process, after I had already paid for the doors, he changed the price of his labor two times. Keep in mind, I was keeping all the existing hardware and he was saying that the job was going to be much harder than he originally thought. He didn?t even bring the doors that I paid for to my home, he took them to his house. After months of trying to get my doors, he brought them to my home and changed the price again. The doors were supposed to be painted and ready for installation, but they were in horrible shape. It looked like they had been drug behind a truck. Before he would do the job he stood on my porch trying to bully me into signing a form that said I would pay in full in cash beforehand. He had me in tears and my neighbors were even looking out of their doors. I went inside to call someone to come over because I was afraid and he must have thought I was calling the police because I heard him peel out of my driveway never to be seen again. It turns out that they forged my name to a work received form anyways. I hired another company to come out and install the doors. They were so outraged at the evidence that ?Husband for Hire? left behind. They even volunteered to testify in court if it ever came to that. I contacted the authorities to warn them about his behavior and to document the situation in case he tried to harass me further. I want to warn other single women about him. This husband and wife team is scamming local women.

Description of Work
I got their name out of the paper from a very nice advertisement. They listed all sorts of services. I called them out because I needed wooden doors inside my home replaced.

As owner of Husband4hire i'm going to be very direct about this situation. The day we met we agreed on a price which we lowered dramatically .For example, Lowes will install a basic interior door for $100.00-$150.00 each.The price agreed upon was $65.00 a door. This was not a basic installation either. All doors were custom fit, all holes had to be cut in, each door had to be trimmed to fit in existing door frame.She insisted the work to be done on doors not be done at her home. We picked up all 12 doors. All of the doors were cut and painted and ready to be installed. Hours of labor and paint and materials which she DID NOT pay for. Delivery of all 12 doors on day job was to be completed which she DID NOT pay for. The day of job she tried to change the price again.She refused to sign receipt and wanted to only pay $40.00 instead of price agreed upon. I have pictures of all 12 doors with date/time stamp on them. Which will prove that we did not have her doors for months like she claims. She was very difficult to deal with, after trying to change price again and refusing to sign receipt and refusing to pay, all doors were left in the garage at her residence. You can imagine how shocked I was to see this story she had completely fabricated and for it to be 2 years later.

B Squared Painting Plus

B Squared Painting Plus, established in 2017, prides itself on attention to detail and a quality customer experience. We're committed to providing professional, timely services to meet all your painting needs: interior, exterior, residential or commercial.  …

Emergency Door Services is a small locally owned family business that has been in operation since 1996. We strive to provide the best customer service and provide our customers with the products that best meet their needs. We are licensed by the state of PA and fully insured. We accept all forms of payment including all major credit cards.  …

Remodeling your home is one of the best ways to change up your living space without having to move. And with Build with MD, home remodeling in the Beaver County area is easy. Our local construction company puts your needs first. We'll take the time to understand your needs and design a space that incorporates all of your unique ideas.  …

Will give a Free Estimate for almost anything under the roof of a home. From a plumbing leak under the sink to installing a complete bathroom, from a faucet repair to installing kitchen cabinets or a countertop. No job is too Small.

How is Husband 4 Hire overall rated?

Husband 4 Hire is currently rated 1.9 overall out of 5.

What days are Husband 4 Hire open?

Are warranties offered by Husband 4 Hire?

No, Husband 4 Hire does not offer warranties.

What services does Husband 4 Hire offer?

Husband 4 Hire offers the following services: Will give a Free Estimate for almost anything under the roof of a home. From a plumbing leak under the sink to installing a complete bathroom, from a faucet repair to installing kitchen cabinets or a countertop. No job is too Small.