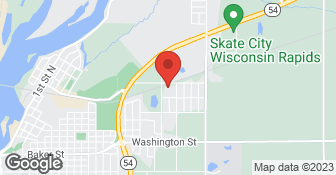 From the beginning in 1942, Central Home Improvements, Inc. has been a family-owned and operated business founded on these three simple beliefs: The customer will always come first, our associates will always do the right thing & we will always maintain the highest professional standards with superior workmanship. We provide professional and reputable service to homeowners and businesses all over central Wisconsin. Our list of services includes new roofs, roof repair, roof inspection, roof ventilation, insulation and weatherization, siding, windows, doors, seamless gutters, decks, skylights, remodeling, room additions and snow removal. All Central associates are company employees, not subcontractors, and they have undergone pre-employment drug testing and background checks. We expect our friendly, helpful and professional staff to take customer service to the highest level possible. When you see a Central crew at work, you will see skilled professionals with years of experience, superior workmanship performed in a timely manner, a commitment to safety - theirs and yours, & people who take pride in doing the job right!...

Spray foam insulation by Energy Edge will make your home or building tight, energy-efficient, and comfortable. We use the very best spray foams from reputable, American-based companies, but how you install spray foam is important too. We have years of experience and do a thorough and precise job. We also offer slab jacking services. Contact us today for a free quote.  …

Oakwood Exteriors LLC was founded on quality customer service and reliable, long term exterior solutions. We specialize in a full range of exterior remodeling services including roof repairs and installation, siding installation, seamless gutters, and replacement windows. Our installers are well trained and experienced to make your home beautiful. From concept to completion, we believe every step in the remodeling process and attention to detail is critical to the final outcome. The end result being a long lasting installation with the highest quality products you can be proud of.  …

The workmen arrived promptly the day they were scheduled. In order to work on the insulation issues, the bottom sheeting boards on the roof had to be removed, then the insulation crew had to work on that area, and then new boards had to go on. The crews were well organized and coordinated with each other well. The entire job of insulating and roofing was done in a little less than three days. The crew did an excellent job of cleaning up -- there was never any litter or trash abound our house. The crew was polite and professional. One small area of damage occurred when a worker slipped and cracked the ceiling on one of our bedrooms. Unfortunately we did not notice this until after the job was completed, as it was in a guest room. When I called about it, there was no questions or issues -Central Roofing had a drywaller come to repair and then paint the area that had been damaged.

Description of Work
I called for a quote on roofing. Jerry suggested that I get an energy audit done, as he questioned why I had heat cables on the edge of the roof (which I had due to ice build up every winter). He gave me the name of an independent energy auditor, who I had come and do an audit. He discovered major areas of leakage from the house to the attic, which was the cause of the snow melting. So in addition to the roofing, we had Central Home Improvements also do major re-insulation (sealed all the top sills and around pipes/water heater flue as well as adding additional overall insulation) and repair in the attic area. And now no heat tapes!

Thank you [Member Name Removed] for the kind words, you were a pleasure to work for.
5.0

It went well. It was quite hot most of the week, so some days they had to knock off early, but that had no affect on the final outcome

Description of Work
Install new roof and gutters on home

The crew is extremely friendly and very qualified. Unlike a lot of other crews, these have been together for years. They are not just summer hires. Their workmanship is without compare. The only problem is that they are expensive but the boss told us that outright. We found out later we could have gotten a much cheaper roof installed but it would have also been a lower grade shingle. So I guess you get what you pay for. We had one slight problem initially with the roof and they responded and fixed it promptly. Overall, you can not beat them for quality and superior workmanship - it is the price that hurts.

Description of Work
Put a new Certainteed roof on with the better quality Architectural shingles and installed gutter covers.

Schedulig was difficult due to vendor workload and weather. Once work was started it was completed in 2 days with good results. The roof looks the same 7 years later as when it was replaced. I assisted slightly to learn and watch progress and quality,

Central Home Improvements is thoroughly organized and professional from initial contact to the end of the job and beyond. We've had a lot of work done (roofing, electric, flooring, energy, patio) on the house over the past several of years and CHI was the easiest to deal with out of any of the contractors, service providers and other folks we've worked with. Don worked with us patiently in going over a number of different roofing options, and for a metal roof, CHI was definitely the best combination of affordability, quality and ability to get the job done when we needed it. They had to work in conjunction with a solar-panel installer, and that process appeared to go seamlessly, even though the two had never worked together before. I can't really judge the quality of the roof any better than the next non-expert, but everything about this company made it seem trustworthy and honest. It's only been about eight months, but the gutters have certainly been tested in a pretty wet year and were installed exactly in the odd configurations I wanted, but with full discussion and suggestions from Don. The roof looks great and we've had no problems. And the small skylight -- a light tunnel, really -- is fantastic. Well worth the $800 or so we spent. You'd think a one-foot hole in the roof couldn't make a huge difference, but even on dreary days it's like having a gentle but bright lamp in a place that used to be gloomy all the time. Fantastic dispersion of natural light. My sister-in-law was looking for a way to turn it off the first time she saw it (and that was a grey afternoon). Really, there's not a lot I remember about the actual work, even though it went on for a long time and we had to coordinate a lot of stuff with our neighbors and CHI because of our small, cramped, shared driveway. We have a century-old home and it wasn't easy work, but the fact that it went so smoothly and I can't remember much of it now is a testament to CHI's professionalism. A few months later they sent us an invitation to their annual employee and customer appreciation dinner. Something about that feels kind of odd, since we really didn't get to know the crew very well (they pretty much refused to even come in to use the bathroom -- perhaps a company policy). Yet those kind of things make us appreciate Central Home's attention to detail. Had we not just come back from a long trip, we might have gone ahead and gone to the party anyway! It was certainly a good idea. Great company to do business with.

All aspects of my experience with Central Home Improvements met or exceeded my expectations. From getting the estimate to completing the job, all work was done on time and as promised. They made some modifications on the fly from the original plan at my request and even fixed some siding issues, all within the original quoted pricing. I would use CHI again for any related work I needed. It's rare and refreshing these days to find contractors that know what they are doing and provide quality work at a fair price.

Their service was excellent. If I have any other jobs that I can not do my self then I will hire them again. They are all around good to work with. They are courteous, nice and do a follow up. I can not say anything bad about them.

Description of Work
Central Home Improvements replaced my roof and a large window.

Thank you for the great compliments. We look forward to working with you in the future.
5.0

They did very good work. They are very helpful in answering questions and knowledgeable. They were easy to work with, on time and I would recommend them to anyone.

Description of Work
A & R Roofing replaced the roof on our garage.

Thank you for all the great compliments. It was a pleasure working with you.
5.0

They are always prompt and professional. Estimates are done in a timely manner. Clean up is done at the end of each day. I have come to trust the ownership, office staff and crew of CHI. They DO what they say they are going to do. Remodeling almost always includes some and quot;surprisesand quot;. With CHI I know that the problems will be solved efficiently and effectively and the construction will be top quality craftsmanship. You won't be disappointed if you do business with Central Home Improvements.

Description of Work
I have worked with Central Home Improvements for eight years. They have installed aluminum roofing, new entry doors, added a sunroom, a porch, a garage addition, transom windows, built a guest house, and completed numerous smaller projects.

It has been a pleasure working with you on all your different projects over the past nine years. You have a great vision of what you would like and that along with our quality products and knowledgeable staff, helped make your projects turn out awesome. You are a great customer and we appreciate all your business.