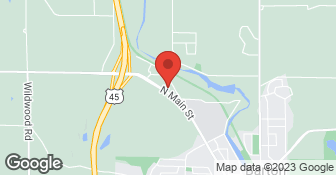 4 EMPLOYEES. CHARGES ARE BASED ON APPLIANCE PURCHASED, REPAIRS BASED ON HOURLY RATE. FREE DELIVERY IN WASHINGTON COUNTY.

Fast, friendly and fantastic Cam and Adam delivered and expertly set up my new wonderful Speed Queen Washer and dryer today. I wish I would have come to Kettle Moraine Appliance & TV the first time instead of that big box store. Everyone was terrific and I am really happy doing laundry right now. Really Cam and Adam were true experts and knew exactly how to hook up my appliances and so helpful giving me an in-service so I could use the new Speed Queen’s right way. A+++++ job today.

Our five year old freezer had a problem. The items in the top portion of the freezer where completely thawed, the items in the bottom of the freezer were frozen. We called KMA to see if a repair on a freezer was worth the ROI. The repair man came out, said it was just the fan that takes the air and circulates it, essentially the cold air was left at the bottom and the air at the top became warm. The part was ordered, installed, but when the technician came up from installing the fan, he said that the part didn’t come with a wire for the heater assembly/it is just not made that way anymore, which meant that the auto defrost wouldn’t work. The freezer would work fine, but that meant our freezer would have to be manually defrosted when it frosted up. To me, that meant once every other year. He left a price on the answering machine later that day saying it would increase the cost of repair by $85 if we wanted to order it. I didn’t call back right away, I wanted to see how much that freezer cost originally to see what its value was. A couple of weeks later, after we bought food, my husband noticed that the freezer was not working, it was like no repair had been done. I called to say, not only did we not want to have that heater assembly, our repaired freezer wasn’t working. I was told someone would get back to me. I forgot about it. About a month later I got a bill for the repair, and a note saying I never called back. I called back saying not only had I called in, I had said that I was having a problem with the repair. About a month after that, I received another bill saying that I was over 30 days past due…. So I called again, stating I had called in, and I had a problem with the repair. Finally I connected with the Service Manager, who I felt was telling me that the unit needs to be defrosted every other week, the fan had failed because I refused the heater, and because of overuse. He offered to come in and look at it. When he did, he saw that the blade was blocked by the way the cover had been put on. For the heater unit, he spliced the wire together so the original heater worked with the new fan.

Description of Work
Kettle Moraine appliance stands by their repairs. When we noticed a repair wasn’t working on an appliance that we seldom check on, the service manager from KMA came out to assist with the repair. The repair had originally started to become more expensive than we wanted, so we had not agreed to all of the updated pricing. Then after the repair didn’t work, we thought we were not getting the best service. But that was when Josh stepped in and solved the issue and made the original quote/repair work exactly as we had expected. Overall, we are very satisfied and thrilled.

Everything went as planned. They were very prompt on the delivery time. The salesperson was very helpful in finding the right dishwasher for are needs.

Description of Work
Installed a dishwasher

Had the items and price I was looking for

They gave us great information on how to effectively use and clean the high efficiency washing machine. He was very honest.

Description of Work
They came and looked at the refrigerator and washing machine.

I purchased a freezer from them. The motor is loud. In the future that will be something I will ask about. At the time of sale I was offered a rebate. I ended calling more than a few times and finally received it in May. My purchase was in Nov of the previous year.

Description of Work
Purchased an appliance and they delivered and picked up replacement. That went well

I was impressed when the owner of the company called me to see what my question was. I would use them again in the future if I needed to.

Description of Work
I replace my old dishwasher and purchased a new dishwasher.

Really helpful and nice. Will definitely use again in the future.

Description of Work
They just bought a new TV and surround sound.

The repairman from Kettle Moraine Appliance Sales was very personable and did a quick, clean job.

Description of Work
Kettle Moraine Appliance Sales came to my home to fix my dishwasher. There was something wrong with the heating element and the repairman realigned the door and the problem was fixed.

My husband had been calling all around Washington County looking for someone to come take a look at our oven because it was not heating properly. When I turned it on, I would smell gas in the upper part of our house. I looked on Angie's list for a suggestion and found Kettle Moraine Appliances. I called them. Believe it or not, I managed to get an appointment on the same day I called. They are great people and have great service. I will definitely call them again if I ever have any appliance issue.

Description of Work
They fixed my gas oven.

OUR REPAIR EXPERIENCE WAS GREAT. THE COMPANY IS FAST WITH SERVICE AND RESPONSE TIME. THEY ARE PROFESSIONAL AND COMPLETE THE WORK IN A TIMELY MANNER.

Description of Work
WE HAD OUR THERMOSTAT AND IGNITOR IN OUR GAS RANGE REPLACED WITH NEW ONES SO THAT WE COULD USE OUR OVEN.

Description of Work
I BOUGHT A WASHING MACHINE.

We are a full service plumbing contractor. We run 5 licensed plumbers who specialize in residential and commercial service and repairs. We offer a 5% senior discount, not to be combined with our Angie's List coupon.  …

From the most complex plumbing installation to routine emergency plumbing service and repair, Thurow Plumbing provides a quality job that fits your lifestyle and budget. We offer a variety of top-quality plumbing services with a commitment to your satisfaction. We pride ourselves on exceeding customer expectations. Award winning.  …

Integrity Plumbing LLC of Fredonia, WI is a licensed and insured business offering expert plumbing solutions at competitive rates. Owned by Jim Guarino, our business is dedicated to provide prompt plumbing services, quality workmanship, and satisfaction to our valued commercial and residential customers in Sheboygan County and beyond.  …

Insured
All statements concerning insurance, licenses, and bonds are informational only, and are self-reported. Since insurance, licenses and bonds can expire and can be cancelled, homeowners should always check such information for themselves.To find more licensing information for your state, visit our Find Licensing Requirements page.
General Information
Free Estimates
Yes
Eco-Friendly Accreditations
No
Payment Options
Check, Visa, MasterCard, Discover
Senior Discount
ASK FOR DETAILS
Warranties
Ask for details

SALES AND SERVICE OF LARGE APPLIANCES.