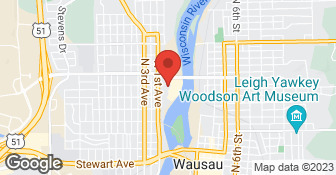 STARTED IN THE 1940s BY GEORGE F. WILL, WE ARE NOW IN THE THIRD GENERATION OF WILL FAMILY MEMBERS RUNNING THE BUSINESS....

When it comes to comfort, don’t settle for second best. Instead, call Southport Home Services for exceptional plumbing and HVAC services in Wisconsin. Whether you’re looking to repair an AC unit, replace a heating system, or install a water heater, our highly trained team is licensed and insured to get the job done. We employ 80 technicians, and have 80 fully-stocked trucks, allowing us to serve areas across Southeast Wisconsin. Our work is also backed up with a 100% satisfaction guarantee—if you are ever unhappy with our services, you simply have to let us know within the first 30 days and you’ll get your money back. As the largest certified Carrier dealer in the state, we have all the industry-leading equipment you need to upgrade your HVAC system. And with 24/7 emergency heating, cooling, and plumbing service in Wisconsin, there’s never a bad time to call Southport Home Services.  …

Will heating and cooling pricing was better than others, they were prompt and got the job done in the time frame they said they would, They even removed our old wood furnace at no extra charge

Description of Work
We needed to replace our old furnace,

Description of Work
We have used them several times over the years, each time was due to coming home in at night to find out that our furnace quit. They always show up when they say. even after hours. Wouldn't hesitate to call them when we have a issue again.

They are average. They just repaired the furnace. There is nothing I didn’t like about it. They installed it too. It’s who we always call. We haven’t had anything that we didn’t like about them. They always fixed everything and we didn’t have any problems. My husband hasn’t complained about the cost. The cost is average. They are very quick. Usually, it’s within the day but last time it was two days before they called but it was pretty reasonable. They are on time. I talked to them on the phone and they’ve been pleasant.

Description of Work
We used Will Heating a couple of weeks ago. They did a furnace repair.

Description of Work
Will Heating came to clean and service my hydronic heating system. Very professional. Will certainly use in the future.

Description of Work
They installed a new furnace and new duct work.

This review is from someone we never worked for?
5.0

I bought my home in 2006, and knew enough to keep changing filters in my gas furnace, but that was about it.. I had no problems with it until this year, when the blower kept running. I asked around work for recommendations on heating people who were fair and professional (I am a woman, so do not want to be taken advantage of). One of my co-workers recommended one company (who I played phone tag with and never connected), and another recommended Will Heating Inc. I told them I did not have a heat emergency, and an appointment was set up for about a week after I called. They gave me an estimate over the phone as to what it would cost to come out and look at my furnace, as well as a price on a new installed thermostat which I was interested in. The young man who showed up was very friendly, professional, and prompt. After about 40 minutes in my basement, I heard him on the phone, but did not pay too much attention. He came upstairs a short time later and told me he had bad news...He found three hairline fractures in my furnace, and I would need a new one. I was not prepared for that news, but obviously I want to be safe. He showed me the fractures that were there, and we talked about how soon I would need one. He said that he would be happy to conduct a carbon monoxde test and make sure there was not a leak. He also asked if I had CO2 detectors that were purchased within the past few years. (I did .) Turns out, I did not have a leak (yet), but to be sure, he siliconed up some spots on my stovepipe. He said I should get one in the next couple of weeks, and that they would get me an estimate. He left and I went out briefly. When I got back home a short time later, I had a package in my door as well as a voice mail from Rhonda informing me that it was there. The package contained estimates for three different units, as well as detailed breakdowns for each. The estimates were easy to understand, and included the cost of removing my old system. I was pleasantly surprised that it would not be as much as I anticipated, and decided on the basic model of the three. The day of the installation came, and I received a phone call when they were loaded up and on the way. They were prompt and again very professional. The person who would be at my house all day asked if it would be ok if he played some music while he worked. I told him no problem, and I never heard it during the day. About an hour or so into the install, I was called downstairs to look at something. It was pointed out to me that there was a problem with my wiring for the old furnace, and it was not safe as it was. I just about lost it, because I did not budget for wiring too! The person doing the install reassured me that he knew someone who was honest and reasonable and he made a call. The electrician was available for a short time and came over. Long story short, that referral to get my electric up to speed to accomodate my furnace and keep me safe only cost me $60. At the end of the install, they went over everything with me, and cleaned up everything so I did not even know they were here. I am VERY happy with the service I received, and would definitely recommend them to anyone.

Description of Work
Installed new furnace system and thermostat and removed old one.

Excellent. We got several quotes, they weren't the cheapest or the most expensive, but the were probably the most professional in their approach.

An aging furnace and AC, that in my judgement needed replacement. Contacted and received estimates from Will Heating and Cooling, as well as 2 others. Based on my previous experience, I contracted with Jeff Will. I have no certain way of knowing whether his price was and quot;the best dealand quot;; I did know that his past service was and quot;Aand quot; in every respect. The installation proceeded on schedule. His installers answered all my questions, as did Jeff. He made one suggestion I had not thought of: DO have the ductwork cleaned and sanitized after the old furnace is removed, and before the new furnace is installed. He recommended Clean Air Service, Wausau WI. Another very interesting and excellent experience.

Description of Work
Replacement of 20 year old furnace and air conditioner in 2010. I dealt directly with the owner, Jeff Will. His workers were excellent , as well. If you visit him, "beware" the big friendly barking dog. Will Heating and Cooling had done a number of maintenance jobs for us beginning in 1993. All contacts were excellent. I even wrote on 1 invoice "Holy Cow" ... no charge was made!

They have done work for me in the past. They came out when I had no heat. They were able to replace the heating. They were very good. Their price was a little high, but adequate for my high-rated furnace. I definitely recommend them.

HEATING & COOLING INSTALLATION AND 24 HOUR SERVICE TO OUR CUSTOMERS