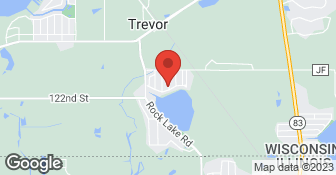 Norse Construction has been in the remodeling business for 39 years. I can safely say that we are Remodeling Experts. We will work with you to complete your project the way you want it, at a very competitive price. I believe in "old world quality" and take great pride in our workmanship. Have a project in mind? Let me help you find great pride in your home. Contact Norse Construction Co., the Remodeling Experts to start your project....

Design by Johan was excellent and craftsmanship was akin to quality furniture - beautiful workmanship. Competitively priced. Time and scheduling was as promised. We are very happy we chose Norse Construction!!

Description of Work
We had custom oak wainscoting fabricated and installed in living room.

Norse construction was punctual and detailed in every aspect of the process. Johan communicated directly with us when there were any questions or concerns. His company and personal representation is one I would recommend to anyone who is looking for quality work with a reasonable price point. We will use him again in the future.

Description of Work
Johan and his crew did a wonderful job! We hired him to do various jobs on multiple properties - we were impressed with his quality of work and attention to detail.

Norse repaired damage from a leaking toilet and other issues. Work consisted of new subfloor and tile flooring and repairing some drywall. This was the only bathroom in the house so he reinstalled the toilet midway through the project to minimize our nights away from home. Johan seemed knowledgeable and courteous, kept to his quoted amount, and did good work. Can't ask for much more.

Johan responded quickly, was very professional, and provided a fair priced quote. While we did decided to use another service provider for this job, I would do business with Norse Construction in the future.

Description of Work
We requested a quote.

Description of Work
Had initial meeting to go over remodel project on July 7th, 2015. Have not heard back from provider re: estimate cost of project?

I saw your recent review of your experience with Norse Construction Co. I would first like to thank you for taking the time to review Norse. We take great pride in our work and client satisfaction. We want to always strive to better serve our clients and our client opinions helps us to do just that. Looking back at our conversations, I think there must be some misunderstanding. I contacted you with pricing on 7/14 and you replied thanking me for the information on that same day. I then passed along more information and you again replied on the 7/19. I am not sure what caused your review to state that as of 7/20 I had not responded. I hope that this can be cleared up and I would like to know if there is any other information that I can provide you with to help you with this project. Thanks again for considering Norse Construction Co. Johan President
5.0

We were very satisfied with Norse Construction. We met with several other people before we decided on Norse and were not disappointed with our choice. I could sum up our experience by saying that I can't think of anything to complain about! What were we looking for? Well, it's nice to work with people who show up, who are honest and decent, and are interested in doing a good job and satisfying the home owner. We had appropriate communication from our initial discussion through the work period. Norse (Johan) was very reliable and there were no unpleasant surprises. And his assistant(s) are equally thoughtful. The finished project was more attractive than I had imagined. After seeing our positive experience, two of the other cottage owners' asked Norse to their siding also. [While Johan has an appropriate sense of humor do not expect to get rowdy workmen here -- there is no loud music or smoking.]

Description of Work
We used Norse Construction to put siding on our summer cottage and that included enclosing soffits and wrapping fascia.

Very satisfied with both jobs. About 5 years ago we had the basement remodeled and like any remodeling job, there were a few hiccups. Some misunderstanding on the hardware we wanted on the doors, and finishing the backside of one of the walls (facing the storage area), but in the end we were extremely satisfied and have had many compliments. The job included walling off a bedroom and closet, and finishing a living space and hallway. We also had them install a electric fireplace and the outlet is hid behind the fireplace. We had outlets installed to hang a TV, and did a drop ceiling with canned lights. We also had to have a fire alarm added. We had a beam across the basement instead of poles, and rather than drop the ceiling to be even with the beam, they suggested putting drywall around the beam so it is hidden, but left the ceiling high. That was a very good suggestion we took. To save money, we painted the walls ourselves before finishing and then we had carpeting installed (separate from this job). They also recommended extra heating vents near the window which was beneficial. Everyone that comes over raves about the basement. So we called them back in 2013 to replace our master bathroom sink and cabinet and switch out all the hardware including the shower and added a grab bar to match. We thought about removing the huge rectangular mirror and go with two framed ones, but they suggested leaving the mirror since the bathroom is rather small and it would make it look bigger. Another good recommendation we took. The price is for the bathroom job and included everything except the hardware which we ordered on our own. There were some communications issues the first time with the basement and some trouble with returning calls, but that improved and had no problem with the second job (bathroom). The cost of both were very reasonable and we really appreciated the suggestions they would make throughout the job, even when we didn't go with them. I would not hesitate to have them back or recommend them to someone.

Description of Work
They replaced the master bathroom sink and cabinet and changed out all the hardware in the shower also. Years before we had the basement remodeled by them.

This last job was a small one. Norse Construction completely remodeled our previous home and finished the basement, including the addition of a bedroom and bathroom in our present home. They are absolutely the best! The finished work is beautiful and always draws comments from visitors. Johan is always on time and I trust him completely. He has done work for us while we were out of town on vacation and we are confident that when we return we will be more than pleased with the results that we see. He is very helpful with giving recommendations and ideas for projects.

Empire Home Remodeling, Inc specializes in windows, siding, roofing, creativity, customer service and project management necessary for success. Our most satisfied customers are those who want a company to manage their project, leaving the problem solving and details to the professionals, thus allowing them a worry-free experience.  …

We’re not your average kitchen cabinet refacing company serving the Chicagoland suburbs. As a division of Krumwiede Home Pros, we’ve got an unparalleled track record of TRUST within the community. Here’s a snapshot of our background and reputation: In business since 1953 An A+ rating with the Better Business Bureau Winner of national awards that place us among the best home improvement in the country… plus, coveted local awards such as “Best Picks” Hundreds of online reviews—the overwhelming majority being raving 5-star feedback It took a long time and plenty of work to build our reputation. That’s how you know we’re the cabinet restyling contractor you can trust to do your project RIGHT. If you want a high-end cabinet refacing experience in the Chicagoland suburbs, reach out to Redo Cabinets for a free quote.  …

Insured
All statements concerning insurance, licenses, and bonds are informational only, and are self-reported. Since insurance, licenses and bonds can expire and can be cancelled, homeowners should always check such information for themselves.To find more licensing information for your state, visit our Find Licensing Requirements page.
General Information
Free Estimates
Ask for Details
Eco-Friendly Accreditations
Yes
Payment Options
Check, Financing Available
Senior Discount
No
Warranties
Ask for details

Norse Construction Co. offers complete remodeling and new construction services. We specialize in custom work so you can have exactly what you are dreaming of. We use the highest quality products from local lumber yards and suppliers. From improvements to additions, we have the skill and expertise to make your dream remodeling job come true and last a lifetime.

Norse Construction Co. is currently rated 5 overall out of 5.

No, Norse Construction Co. does not offer a senior discount.

No, Norse Construction Co. does not offer warranties.