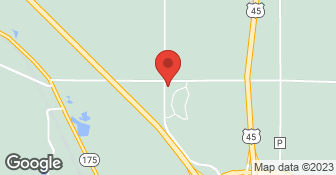 Family owned and operated. We specialize in the repair and remodeling of residential property, investment property, and light commercial property. Over 30 years of service aimed at delivering quality while still offering reasonable rates.

I hired Ziggy as he and his wife are friends of my daughter. Ziggy redid my daughter's bathroom as well. He agreed to begin it when I was on vacation in early December and we set on a price (his estimate) and the work to be done, which I confirmed with him in a letter to him as he does not have contracts or written estimates. He began demo and found out there was a hidden space that was once a closet in the bath and asked if I wanted it rebuilt. He did not tell me how much more it would be and to be fair, I did not ask. In order to finish the closet, he had to reroute a heating vent and some other ductwork. I purchased tile to be installed between the surround and the corner of the wall. When I returned, I found they had placed tile all around the surround, which I did not expect. In addition the entire bathroom was primed, which we never discussed. He also fixed several dents in the walls and put drywall around the medicine cabinet where it needed it. When I returned, the job was far from done, and he spent another 3 days on it, having spent 10 days on it already. Not having any idea what the additional work, whether approved or not, would be, I was shocked at the cost. I had given him $1000 down and the balance was an additional $1700, and I purchased the tile and the surround. He said it only took 5 minutes to prime the wall and they were washed first. I did pay him and we discussed his working on the upstairs bath in February. I tried calling Ziggy to have him come over to look at the other bath but he never returned my call. Less than a week before I left for vacation, he sent me an email, stating that he could not do my project with no explaination. I tried responding to his email and he had it blocked. I tried calling and he never called back. I would have liked to have an explanation but got none. Ziggy is thorough, and does things right, even if you do not ask him to or approve his work, he does it and then tells you. He does not give you a detailed bill, just a list of work done and a total for the job. He has men working for him, but does not trust them to do work to his standards, so he is on the job with them. He spreads himself thin, but to be fair, his work is good.

Description of Work
I needed a new tub surround installed, and a new ceiling. I also needed a light moved and the exhaust from a vent rerouted to the outside rather than the basement.

CWE Renovations is ready to turn your basement project into a reality - no dream is out of reach! Our team of expert remodelers will give a thorough assessment & estimate for your project. Call today to get on our schedule!  …

Arthur Karos has been an expert in Masonry for 23 years and a Master Mason for 12 years. With 85 year of combined experience along with his five employed master Masons, you can expect the job to be expedited in a professional manner. We do chimney brick laying and stone work, chimney repair, flue installs & repair, ash-pits doors, stainless steel flue caps, Tuck Pointing, replace bricks, and insurance work for brick damage. Chimneys, masonry and stonework are done with expertise. We can custom match stone and color match mortar for Tuckpointing or masonry repair. FOR FASTER SERVICE, PLEASE USE ANGIE'S LIST MESSAGING!  …

Our company specializes in drywall and painting in new and remodel houses. We offer water damage repairs, drywall hanging and finishing as well as texture. Check out our instagram page @arandas_drywall to see some of our projects  …

If it's on or in the building/home we can fix it!

How is Aatuzi Contracting overall rated?

Aatuzi Contracting is currently rated 2 overall out of 5.

What days are Aatuzi Contracting open?

No, Aatuzi Contracting does not offer eco-friendly accreditations.

No, Aatuzi Contracting does not offer a senior discount.

Are warranties offered by Aatuzi Contracting?

What services does Aatuzi Contracting offer?

Aatuzi Contracting offers the following services: If it's on or in the building/home we can fix it!