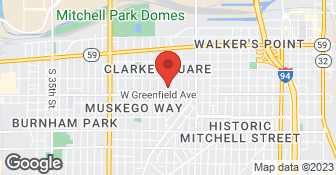 Floor Coverings International is your premier shop-from-home flooring company. We bring our Mobile Flooring Showroom to your home so you can choose from a variety of products without leaving the couch. Whether it is carpeting, hardwood floors, tile, or any of the other options we offer, we carefully treat each design as a custom project, and we work with you to meet your budget and deadlines to install the floors of your dream home. Flooring is made easy, simple, and stress-free with Floor Coverings International Waukesha.  …

Welcome to The Floor Mart! We have been exceeding your expectations for over 4 decades. Established in 1979, we are a local family owned business. We understand flooring is the foundation of decorating. It sets the tone for your home and reflects your taste and lifestyle.  …

Recommend by Pierre Smith of Pierre's Wood Floors. Verbally committed to remove carpeting, pull all staples carpeting strips, and nails. Carpeting to be cut into pieces small enough so that city trash pick up service would take. Arrived as scheduled with an untrained assistant, that was trained while doing job. Removed carpeting and pulled strips, staples, and nails. Stated that he had pulled 98% of all nails, staples, etc. Provided receipt on a plain piece of paper, no professional receipt form used. I spent ten hours pulling ten's of staples and nails after they left. City trash services inspected carpeting and wrote a notice declaring the carpeting materials "construction waste" and want to be paid $42.50 in advance to remove.

Description of Work
Remove carpeting for one room and hallway. Estimated at $150 - 200.

On the phone, I was quoted a price of $125. On the day of the repair, the service provider stated that the repair was "just as described" on the phone. Nevertheless, the final price was $150 instead of $125. I'm not sure why the price increased $25 in the end. The job itself was completed in a satisfactory manner.

Description of Work
We had torn carpeting in our living room. We supplied the spare carpeting to replace the torn area.

They did a good job. They were in and out in 30 minutes. You can't tell there was a lump there and the price was good. They really did a great job of stretching it and fixing it.

Description of Work
I had lumps in the carpet and they came over and fixed it.

We were very satisfied with them. The job went pretty well. I had read about them on Angie’s List and that’s what got me to them in the first place. I don’t know if it is a one man company but he came with his helper and got a big took which stretches the carpet. They moved all the furniture but didn’t break anything. They seemed reasonable but I didn’t have any comparisons to go by. The quality of their work was good.

Description of Work
We used D & L Carpet Service on the 1st of June. They were stretching a carpet.

Description of Work
I called D&l to stretch a carpet in my bedroom. I thought it needed it in one spot. He noticed where another stretching on the same carpet was needed and he did that too. He was there for an hour, and it was well worth the money I spent. He came soon after I called. He explained that the charge was $100 but that was the minimum and that if it needed more work, there might be another charge. I found this service in the yellow pages, and I was sorry I waited so long to have the work done. It was definitely worth the price. Jim's partner recently died and so he came alone. He is hoping to find a new partner soon. Since he was doing the work alone, I helped him move the furniture. It was a very good experience, and I definitely would call him again, if I had a similar problem.