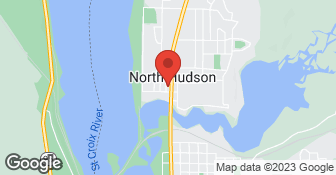 Because of several openings in our roof several famillies of squirrels made their home in our attic in the fall of 2012. The total cost for the exterminator was $1,200 and he gave me the number of Gordon Construction as someone who could seal the 6 holes. Gordon turned out to be a one man operation and after he had looked at the house provided us with a verbal bid of between $1,500 and $2,400. He did not get on the roof to look at the holes and there was nothing provided in writing. When I asked what would determine the final price he said he couldn't tell until he actually got into the job and saw what all needed to be done. Throughout the conversation he discussed that he might be a higher price than others but that was justified by the quality of work that he did. He pressured for a committment from me right then. I told him I wanted to think about it and called the next day to ask him for references. His tone changed immediately and he bruskly said he would send me some but never did. By this time it was getting colder and the holes had not been sealed so to prevent more squirells from getting back into the attic before winter I decided to use him, just to get it done before winter. We traded calls a couple of times and he said he wanted to schedule it during a week when it wasn't too cold. I agreed but tried to impress upon him the urgency in not allowing more squirrels to get back in after spending over $1,000 to remove them. After two more weeks I left several voice mail messages which were never returned. I finally found another handyman through a referral from a friend who came out the next day and did all the work for a little over $500. I have never heard from Gordon Construction since. I have no idea what the quality of his work might be and I just hope his total lack of professionalism isn't an indication.

Description of Work
No serfices were ever performed.

With more than 20 years of experience in the construction industry, Geforce Exteriors, LLC is more than just an expert with roofing, siding,windows and gutters. As a residential home builder, we understand the entire process of constructing a residential or commercial building. This expertise lends perfectly to repairing your home based on our knowledge of all of the components that make your home a sound and solid structure.  …

We specialize in exterior design - siding, roofing and gutter upgrades. As water shedding specialists we can fix your leaks immediately, help design your home's facelift and execute installation in a timely manner. Our painless quoting process will give you the answers and prices you need to safely decide on your home's look, that will grace the neighborhood for years to come. Give us a call for the big or small and let's start a relationship. Greenleaf Construction also offers services to the commercial scene as well. Over the last 9 years, in Minnesota we have installed siding on 1000's of homes built by some of the biggest builders in the United States. Aside from that we have assisted in the roofing and siding of neighborhoods due to storm damage and restoration. We offer production solutions to the roofing and siding jobs that seem impossible. Greenleaf takes pride in the fact that we have been able to operate on such a hi level of production, while maintaining expert level craftsmanship, and warranty obligations to the public.  …

**THANK YOU MINNESOTA FOR CHOOSING ST. CROIX KITCHEN & BATH! As a special thank you, WE EXTENDED OUR HOLIDAY SEASON OF GIVING! Contact us today to see how you can receive DOUBLE FREE UPGRADES with your kitchen, bathroom, or basement remodel! HURRY! appointments are filling up fast and this is a LIMITED TIME OFFER!!** Experience in installing Commercial and Residential Projects. Certified Licensed, Bonded, and Insured Plumbers, Electricians, and Laborers. WE PULL PERMITS, DON'T BE FOOLED BY CONTRACTORS THAT DON'T DO THE SAME. Commercial Grade Bathroom and Kitchen Products, State-Of-The-Art Resin Surface, Solid Surface, Luxury Tile, Cultured Stone, Quartz, and Granite. Non-Prorated Lifetime Warranty with One Additional Year if you Sell your House within Two Years of Purchase. We strive to stay in communication with our customers. Have a question about our professional update and remodeling services? We want to see if we can match your specific project needs. Send us a message. We're always happy to answer any questions about your update or remodeling project. Want to see us in action? Check out our YouTube page! https://www.youtube.com/channel/UCTjI7_AL5oXLYzVPegxJfCw  …

How is Gordon Construction overall rated?

Gordon Construction is currently rated 1 overall out of 5.

What days are Gordon Construction open?

Are warranties offered by Gordon Construction?

What services does Gordon Construction offer?