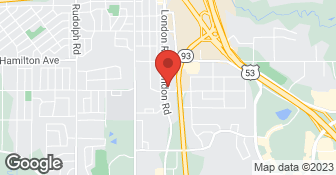 Everything was super. They were very personable, and they did great work. They cleaned up after themselves, and I found them to be very informative. They were able to recommend a plumber, with whom I was very happy. Their prices were quite competitive, and I was so happy with them that I signed a contract with them for future work.

Description of Work
They installed my irrigation system.

The person was on time and completed the work in the amount of time I expected. I thought he provided good service and was a pleasant person.

Description of Work
I called First Impressions to replace a bad valve on my irrigation system. I also had them remove a valve that was no longer being used and run through the system to adjust sprinkler heads. I planned on replacing my controller myself at a later date so he gave me some tips on how to do that.

I called and my call was returned fairly promptly regarding an estimate for new irrigation system for our home. I am sorry I cannot remember the owner's name, but we were unable to connect for a time when I would be home so he came and left the proposal at my door. It was very brief and did not include many important items. It was one of three that I got so I immediately noticed the difference. It was the lowest price. In doing some checking on Angie's List and with BBB I found some disturbing reports and therefore decided against this company. I never received a follow up call from the owner showing any interest in our business. I did, however after a week or so leave him a message that we had chosen another company.

Description of Work
Based on recommendation by our lawn service called to get an estimate.

I have had many problems with First Impressions and will not use them again for any services. To be fair, the sprinkler system install itself went relatively well and I have not had major problems with it and their estimate for that service was reasonable. They provided very bad service on the dirt and sod install, however. They (or their subcontractor) placed the black dirt at least ten days before they were able to have the sod installed. Rain during that time washed a huge amount of the dirt away (literally, a trail of dirt led from my yard to the sewer grate). First Impressions fought with me about putting the dirt back and ultimately only placed one load to replace what had washed away and was not accommodating. More recently, this year at start up they did not properly set the sprinklers in my boulevard area to reach the full area. I had a strip of dead grass as a result. They refused to come out to adjust without charging me an $85 service fee.

Description of Work
First Impressions provided a full sprinkler system design and install at my new house in June of 2006. They also were hired to provide the black dirt and sod (which I believe they subcontract out) for my yard. I then also used them in Fall 2006 for winterizing and in Spring 2007 for starting up my sprinkler system.

I contacted First Impressions once I discovered a slow leak in the sprinkler line pipe outside of the house. I spoke to Jason and he informed me that their lead time was approximately one week. However, he did inform me of a temporary fix that I could use in the meantime. On the day of our scheduled service, the two people arrived on time. They were knowledgeable, hard working, pleasant and friendly. When they arrived, they knew exactly what to do and were able to fix the leak in approximately 45 minutes. This includes the time it took them to remove and replace the dirt and landscape rock that we had around the pipe. You would never be able to tell that they were ever there! Over the past 11 years, we have never had any issues with First Impressions Co.. In the Spring and Fall, they come out faithfully to turn on and off our sprinklers. Always timely. Out yard is one of the most beautiful on the block. I would not hesitate to refer them.

Description of Work
Replaced a fitting on our First Impressions Sprinkler line originally installed in 1996.

SINCE IT HAD BEEN RAINING EVERYDAY, WE LEFT IT CLOSED. ON JUNE 20, WE TURNED IT ON FOR THE FIRST TIME. WE NOTICED THAT SOME HEADS WERE SPRAYING WATER ALL OVER THE PLACE...ON THE DRIVEWAY AND DECKS. WE ADJUSTED THEM. BUT, ONE OF THE HEADS WAS BROKEN, AND WATER WAS SHOOTING OUT LIKE A VOLCANO. WE CALLED FIC, AND THEY ARRANGED TO COME OUT ON JUNE 27, IN CONCURRENCE OF THEIR WORK IN OUR AREA. THE HEAD WAS REPLACED IN 5 MINUTES. TO OUR GREAT SURPRISE, THEY SENT US A BILL OF $80. WE FEEL WE SHOULDN'T BE CHARGED FOR A JOB POORLY DONE IN THE FIRST PLACE.

Description of Work
ON MAY 14, FIC CAME OUT AND TURNED ON THE SPRINKLER SYSTEM FOR US.

THEY MADE AN APPOINTMENT TO DO THE WORK. ON THE DAY THEY WERE TO DO IT, THEY CALLED ME 2 HOURS BEFORE THEY WERE TO ARRIVE TO SAY THEY COULDN'T DO IT THAT DAY BECAUSE THEY STILL HAD TWO CUSTOMERS AHEAD OF ME. I WAS NOTIFIED BY A MESSAGE ON MY VOICEMAIL. WHEN I RETURNED THE CALL TO THE SALESMAN, IT TOOK FOUR PHONE CALLS TO GET TO TALK TO HIM BECAUSE THE FIRST TIME HE WAS ON THE PHONE, THE SECOND TIME HE HAD LEFT THE OFFICE, THE THIRD TIME HE DIDN'T ANSWER HIS CELL PHONE. MY FOURTH CALL WAS TO ASK HIS OFFICE TO CONTACT HIM AND HAVE HIM CALL ME. I HAD THE WORK PERFORMED BY ANOTHER COMPANY. I HAD A SIMILAR EXPERIENCE TRYING TO SCHEDULE THE TIME FOR HIM TO DO AN ESTIMATE--IT TOOK THREE DAYS AND THREE PHONE CALLS TO GET A CALLBACK TO SCHEDULE. I WOULD NOT RECOMMEND THEM TO ANYONE.

THEY SAID THAT THE LEAK IS NORMAL, THEY ARE NOT PROMPT, THE QUALITY OF THE WORK IS UNRELIABLE, NOT PROFESSIONAL. THEY ARE INCOMPETENT. THEY DID NOT HAVE A GOOD PRICE EITHER.

IN THE SPRING THEY WANT MONEY TO START THE SYSTEM AND IN THE FALL THEY WANT MORE MONEY TO SHUT IT OFF AND DRAIN IT. THEY FIX ONE THING AND THEN CREATE ANOTHER PROBLEM. PIPES ARE VISIBLE ON THE SURFACE OF THE GROUND. AND THEY LEAK. WE REQUESTED A MAP OF THE PIPE GRID BUT THEY REFUSED.