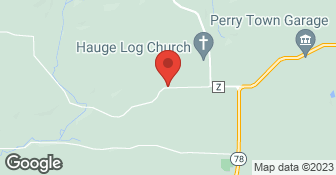 “Creating Enticing Living Spaces Indoors and Out” Whether it be a basement remodel, new addition, patio, deck or landscaping that you seek, we are committed to excellence in every project we build Utilizing quality products and craftsmen, we strive to make your landscape or remodeling project a pleasant reality. -Mick Klein Kennedy Owner Did you know Wisconsin Landscapes has added Remodeling to its name? Custom Carpentry has always been a part of our services offered over the years, with projects such as decks, screen porches, and pergolas leading the list of carpentry services that we offered within our Landscape Design and Construction Company. Our General Contracting and Remodeling services started from a need and requests from our existing client base to provide these types of services. We have taken that experience and expanded our services to include General Contracting and Remodeling projects such as additions, basement, kitchen and bath remodeling, three - four season porches, sun rooms, and wood, laminate and tile flooring. We like to say we are now in the business of “Creating Enticing Living Spaces Indoors and Out”, and would like the opportunity to look at both landscape and remodeling projects as you plan for the upcoming year. As you may know, I am a Licensed Landscape Architect, and we now are a member in good standing of NARI, and also hold credentials for State Dwelling Contractor and State Qualifier Certifications....

Description of Work
We had our 1950's era cast iron bath tub replaced with a modern modular wall/tub unit. At the same time we had our tub fixtures, toilet and water heater replaced, and the entire room re-trimmed. The walls surrounding the tub were stripped to the studs and re-drywalled. One wall was furred out to accomodate the slightly wider tub, and (old) damage to the ceiling was repaired. The crew(s) did an excellent job on most aspects of the project and immediately took care of the few issues that did arise. We are very happy with the project and have received positive comments from family and friends. We'll work with Mick & Jeremy again when the opportunity presents.

I think Mick was buried in work at the time or he was reluctant to commit fully to working with us on the project. To be fair, he did have a bit illness he was also working through. We asked 4 or 5 times for a price from him to till up a garden spot. Each time he said he would get back to us. Mick is a mystery. He seemed to understand our goals, but progress was slow. We did receive a sketch, a line drawing, an outline of areas that may be, along with some pictures of examples pulled from websites that showed the general style. We said good bye to each other and he said he would review work done against the 50% design down payment and that he would figure out what would be a fair refund. I never heard back from him. This too I found odd. No Ill will towards Mick and Wisconsin Landscapes. We just didn't work out together, maybe it was me, maybe your experience with this firm will be different. .

Description of Work
We asked Mick to help us design and then build if we found his pricing reasonable. We also asked him for pricing on a couple of easy tasks, such as, preparing a space in the lawn for a veg garden. He suggested a design agreement, before signing we had questions about the scope we wanted answers to, these were never resolved. I sent a down payment in good faith, (Mick is a very likeable guy) He agreed to do a preliminary design and then discuss it and move to full design as we define the agreement more.

Two years later and everything is terrific. No issues, no leaks, no cold air, no drywall pops or cracks, no problems. Same for the landscaping. No settling or drainage issues. Looks great. These guys are good to work with.

Description of Work
We worked with Wisconsin Landscapes and Remodeling for several months to create the specifications and bids for a project to remove the earth from the side of our basement, cut large holes through the concrete wall, and install large solid glass windows in the basement to expose the previously dark space to sunlight and to create views of the countryside so that we could enjoy using that space for recreation, exercise and a workshop.

Hi, Just want to offer another "Thank You" for your kind words and for the opportunity to build your project. Mick

We are a professional lawn irrigation and landscape lighting company serving all of SW Wisconsin and Dubuque, IA. We provide quality irrigation systems to efficiently water your lawn to keep it green and thriving! We aren't just "pipe fitters" but are skilled technicians who ensure even water coverage for a uniformly watered, and green, lawn. For those in need of repairs, we are able to take on repairs of all sizes from a small line leak to the more skilled art of finding and repairing electrical problems. We service all customers from small residential to large commercial properties, and we service all areas in SW Wisconsin and Dubuque, IA that is within a 70 mile range of Dodgeville. We aim to impress, and always do a quality job! Give us a call today.  …

How is WISCONSIN LANDSCAPES AND REMODELING INC overall rated?

WISCONSIN LANDSCAPES AND REMODELING INC is currently rated 4.8 overall out of 5.

What days are WISCONSIN LANDSCAPES AND REMODELING INC open?

What payment options does WISCONSIN LANDSCAPES AND REMODELING INC provide

Does WISCONSIN LANDSCAPES AND REMODELING INC offer a senior discount?

No, WISCONSIN LANDSCAPES AND REMODELING INC does not offer a senior discount.

Are warranties offered by WISCONSIN LANDSCAPES AND REMODELING INC?

No, WISCONSIN LANDSCAPES AND REMODELING INC does not offer warranties.

What services does WISCONSIN LANDSCAPES AND REMODELING INC offer?