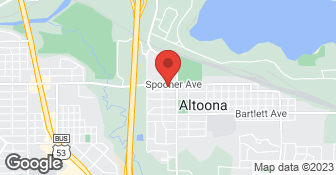 We used WW twice for window and door replacement. Initially we were pleased. The installation folks were friendly and engaged. However, one of our windows did not function properly. Called WW and they said they'd take care of it and wanted me to measure the window, which I did and described what window needed work. An employee came to the house a few days later and said he would reorder window. Several weeks later, I received a call to set up time for the replacement window install. The workers came to the house but it was the wrong size window. No problem. Mistakes happen. Unfortunately, it took WW two additional attempts to order and install the new window over the course of several months. On the last visit, the right window was finally installed. However, the window screen wasn't ordered. The installer said he'd order the screen. I don't think they ever did order the screen at that point. After waiting for more than the month, I called WW and was told they would find out what was going on. Again, I had to call them back after waiting for weeks for an update. This happened four times. I was told multiple things. The screen was here and they would come out to install. The screen was the wrong screen, sorry, and they would have to reorder. I finally got a call from Deann or Deanna who is the owner. She apologized and said what happened was unacceptable. But, she then went on to blame the manufacturer, which would have been more believable if WW would have kept me updated. Instead, I always had to call them. Finally, I called them yesterday and they said they had received the screen yesterday and they sent out an installer who put in the right screen. By this time, I didn't believe they had just received the screen. I felt, instead, it was not a priority for them to resolve the issue. Took all of a few minutes to put in the right screen. But, I never got a call from them the screen was here and I'm sure if I didn't call them I would have waited indefinitely for this simple fix. The experience left me feeling that after giving them business and thousands of dollars they got what they wanted and were unconcerned about servicing the warranty or ensuring their mistake was resolved as promised multiple times. This all started in October or November 2020. Not resolved until August 17, 2021. Very unsatisfying experience. Very poor customer service and accountability.

There was no issue when we called them about the door problem. We are very pleased with their customer service and I have been very happy with them.

Description of Work
They installed 2 big windows and installed a new door. They are coming back to replace the door, as there is a problem with it.

Description of Work
Great job and good people to work with. Would happily use them again.

The provider came out and gave us a thorough inspection and then told us we did not need our windows replaced at that time. I was very impressed with his honesty. His is the bid that we would have chosen had we replaced the windows.

Window replacement went great. Roof was not part of original contract but was required because of the extent of repair work to do the soffit and facia. They worked with us and gave us a great price. Wer'er very pleased with the final product.

Description of Work
Replaced windows, roofing and some soffit & facia

It went very well. They weren't able to complete my job on the date originally expected but I the reasons behind that were understandable. The installer(s) were very friendly, patient and informative. The head installer always spoke to me if he felt there might be an issue, and asked for my opinion or concerns about anything that came up before hand. I like that because I'd rather them tell me first and give me the options than have a problem arise. It's just good business and customer service. I'm sure my house was a challenge but as it was built in 1901. However, watching the installers it certainly didn't seem like it so they know what they are doing. He even informed me that was there were 3 different types of windows in the house some were the original build in 1901. WOW, I'm looking forward to seeing what sort of difference it will make come winter! As far as I'm concerned they were fantastic! I've already recommended them to a friend who has already used them since I did. I've also already contacted them about the other services they offer and am planning to use them for those as well.

A guy came out the next day to perform an estimate after I contacted them. It was a pretty standard presentation and work-up. He made two claims that weren't quite accurate. The upstairs windows did not quite qualify for Energy Star certification in WI, although he claimed that they did. I could have paid an extra $20 each for ones that qualified, but this would have made little difference in actual performance. He didn't explain this at the time. He also charged me for custom vinyl interior trim work in the bathroom that I requested, acting like it was almost routine. When the team of three installers arrived, they were about an hour early . They worked very quickly. They did professional-looking work and were careful not to damage the house. They knew nothing about the Energy Star issue or the custom trim. They said they had never performed that kind of work before, but took the charge off of my bill and helped me remove the old wood trim, so I could complete the job myself. They said the estimator who misinformed me had recently been hired and already let go for such misconduct. A piece of trim fell off of the foundation exterior about an hour after they left. Since they had the owner contact me about the other issues, I mentioned it to him and he came out and inspected their work and had them return promptly to fix it and touch up a few other minor issues. He offered me a discount on future gutter work that I was interested in as a concession. My Window World experience was acceptable over-all. I avoided them for years due to their extremely deceptive advertising, but eventually contacted them based on personal recommendations from neighbors and co-workers. Their $189 windows are not suitable for heated areas, yet they pair that reference with Energy Star references on all of their advertising. Their pricing structure is pretty standard for custom replacement windows; there are no flat rates as they imply.

Description of Work
Installed three energy-efficient double-hung vinyl windows on main floor; two in kitchen and one frosted one in bathroom and two energy-efficient sliders in basement. They wrapped the exteriors of all installed windows with white metal trim, as well as two DIY basement windows that were good enough, but didn't have proper brick molds. Now all windows match from the exterior.

They were pretty friendly. I thought their estimates were a little high initially, but then we got several other estimates and it was right in the ballpark with the others. It did take them awhile to get the estimate to me.

Description of Work
They gave us an estimate to replace some windows in the house my daughter just purchased.

I inspected the work done hours upon completion. The windows were installed with no wrapping, which was a red flag that they were also not prpperly insulated. The lower window was a bath window. The original bath window had French doors and these were to remain intact. The installer ruined the original hardware of these Frech doors. After having the salesmen out he agreed the window was placed wrong and would send the installer out. The other window was an upper story window. The outside frame was not flush to the house. Since it was not flush any water would be able to seep inside and remain. This too was fixed. The screen that came with the window did not fit right (the salesmen noticed this) and was replaced. The installation of a cape strip along the top and calking finished the window and has been problem free. The bath window is a another story. Months later (in the winter) the bathroom window wasshowing frost around it. After another call the window will be worked on in the Spring. Before this could happen thou, the window breaks and a replacement is ordered. A different installer brings this replacement and sees the window was not wrapped or insulated properly to prevent the frost problem which lead to the window breaking. (i.e. the first install was incorrect and the first attemp at correcting the French door problem was installed incorrect) Overall the company tried to rectify the window problems. Perfect Installation is critical for window replacements. Do not buy windows based on price and affordability. It is not worth the hassle of having someone there multiple times for issues that should never happen in the first place. Window replacements need insulation in the cold Wisconsin winters here. Also, windows should be wrapped properly to prevent water seepage from a hard rain to get between the house and window. I would not recommend this company. Overall there were way too many problems and issues continued months later.

Description of Work
We ordered two windows after a visit from their salesman. He was very nice and and we ordered them. the installation was completed after the windows arrived from the factory.

They are a national chain. I used one of their franchises. They installed replacement windows in my entire living area. They installed eight windows. They did a fine job. They still have a couple of outside parts to wrap. They seem to be very good. I spent about $3000 on the job. I thought that their prices were reasonable. They seemed to do a very good job. They came out on time. They got the work done very efficiently. I am very happy with the experience. I will use them again in the future.

Description of Work
Window World replaced and installed new windows for me, a week ago.

Bruce Andrews Seamless Gutters, LLC was founded by Bruce Andrews in 1999. Bruce started the seamless gutters business on principles of quality, integrity, and the pride of knowing that he provides his customers with the best gutter drainage system available. We offer the best gutter guard system on the market to our customers. His crew of professional seamless gutter installers has helped many homeowners and businesses enjoy hassle-free, maintenance-free, and worry-free seamless gutter and gutter protection systems for St. Paul, MN Minneapolis MN and the surrounding areas, also including Southeastern Minnesota and Western Wisconsin.  …

Frontline Roofing And Exteriors has been in the Industry for 22 years. We specialize in Roofing, Siding, Doors, Windows, Gutters, Insulation and Masonry. Call today for your replacement or repair. https://frontlinerande.com/  …

Been Doin' It Construction LLC

In Wisconsin, we do not offer Steel Siding or Steel Roofing.

How is Window World overall rated?

Window World is currently rated 4.3 overall out of 5.

What days are Window World open?

No, Window World does not offer a senior discount.

Are warranties offered by Window World?

What services does Window World offer?

Are there any services Window World does not offer?

In Wisconsin, we do not offer Steel Siding or Steel Roofing.