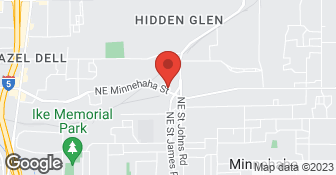 We as a company specialize in providing service, maintenance, remodel, and new construction plumbing for residential, commercial, and industrial clients. With a total of 30 years experience we are here to provide you with unbeatable customer service and top quality installation.  …

Commercial & Residential Water Treatment Solutions. We treat water right. No matter the situation, well water or city water, we provide a solution to improve the quality, taste, and safety of your water. With expert service and knowledge, we make the solution to water quality issues easy and affordable. Contact United Water Services today to see what we can do for you. At United Water Services, our mission is providing our customer the best options the water treatment industry has to offer. Our brand, AQUATEK, features a continuously growing line up of top-quality residential, commercial and industrial water treatment systems and filtration products. We strive for excellence and product consistency to keep our customers satisfied. With over 25 years of experience, United Water, provides big business resources, knowledge and expertise with a customer focused personal approach. Headquartered in Vancouver, WA, serving the Pacific Northwest and beyond, United Water is your clean water resource. ​  …

Henco Plumbing Services, LLC, proudly serves its customers with pride, integrity and attention to the details that matter most to you. This is one of the many things that set us apart from the rest. We are locally owned and operated. Offering financing on qualifying projects! Give us a call today! 360) 207-3755  …

The quality of the install was an A+, I lowered the rating due to the initial return on my call. This was 2 years ago so my memory has faded. It took a week or 2 before they called me back. But once Aron got involved it all went smoothly. Aron did the install and he did an excellent job. I had questions a week or 2 after and he came back out for some adjustments, no charge. Last December was one y...

Description of Work
I had a complete water filter system installed on my house. A tank for PH, a tank for water softner, 1 micron filter, and Ultraviolet light.

I went into their facility off Minnehaha and waited over 10 minutes for help. The woman helped several men, two that came in after me while completely ignoring me. I said, "can you please help me? " and was told just a minute while the woman disappeared. I can only assume she felt my concerns were not very important. I then asked for a call back and left my info. Never got a call back. I was very ...

Description of Work
Serviced existing system. Nothing special. My complaint is not regarding service by technician.

Called Water and Air Works two weeks ago for an estimate for a new water softener. The receptionist said she would have have the technician call me for an appointment. It's been almost two weeks and I have never heard from anyone. lIn the meantime, I called Culligan for an estimate. A technician was here in two days with a very reasonable bid. He was even negotiable. I will make a post when the jo...

The repairman was punctual, and performed the work as needed. He disconnected the softener, moved it aside to allow the wood floor beneath it to dry out. He impressed me by throwing a small towel down on the floor to wipe up the water, however upon closer inspection later he didn't really do a thorough job of that. My dissatisfaction surfaced upon presentation of the bill. He charged $50 for parts...

Description of Work
My water softener connection had a leak, so the water softener was disconnected and set aside. A length of pvc pipe less than a foot was inserted into the water line, plus two fittings to secure the pipe were installed.

They did a really good job. They came when they were called. The serviceman was very, very nice. They did a nice job. I would use them again.

Description of Work
I had my water softener repaired by Water & Air Works.

The overall experience is excellent. We have been using them for five or six years. They always call and they always do their job. They are very professional. They are here when they say they will be. I will continue to use this provider.

Description of Work
They provided the annual maintenance.

Description of Work
They put in a water softener.

Contacted the company and received a quote by email. Price was approiate for the system. Scheduled a time for installation. Installers showed up on time. System seems to be working great. Aaron at Water & Air Works followed up with a phone call in a week to see how things were going.

Description of Work
Installed a Performa Logix water softener and a 5 micron pre filter to the water main loop. Also, connected the water drain line from the system to the house drain pipe.

Things did not go very well. I had personally obtained a written bid from Aron Jacobus, one of the members of this company, for a reverse osmosis water filtration system. The bid was for $550, almost $200 less than the bill of $750 that my husband was asked to pay when the final installation was done (while I was out of town.) The extra charges on the actual bill included a $120 labor charge that ...

Description of Work
This was for the purchase and installation of a reverse osmosis water filtration system for our kitchen sink.

WE ARE PLEASED WITH THE WATER SOFTENER AND WATER FILTER TREATMENT SYSTEM THAT WATER AND AIR WORKS INSTALLED. NICE COMPANY TO WORK WITH. THE SYSTEM HAS WORKED TROUBLE FREE.