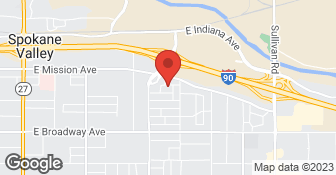 We are family owned business....

I first called another company who is the factory-authorized distributor for the manufacturer of my septic pump. They referred me to Stinky John's and indicated that he did a good job at a fair price. Stinky John's was at my home less than 2 hours after I called. John listened very well as I described how the alarm on my wastewater system was continually going off and alerting me that the system wasn't working. He quickly set to work and determined the cause of the problem and provided a cost for the repair, which was clear and reasonable. While John was replacing 2 floats, he observed that the 3rd float also had water in it and advised me that it needed replacing as well. He provided the cost and received my authorization before proceeding. While he had the system disassembled, he showed me how it worked and what various functions the floats performed so I would have a better understanding of its operation. He was also able to observe that water from the home was still entering the system, even though all sources of water had been previously shut off. He gave me some suggestions that allowed me to determine that a never-used basement toilet was leaking. After completing the float replacements, John asked me to run water in one of the bathtubs at full flow until the tank could fill up enough to trigger the pump and verify everything was working correctly again before he left. The repairs perfectly solved the problem, and for exactly the cost that John had quoted for the job. He cleaned up his work area thoroughly when the job was done. While he was here, he noticed how the branches of some pine trees were obstructing the access way to the septic system. He had a saw in his truck and offered to cut them, to which I agreed, and I thought that was a nice touch. John mentioned a maintenance service he'd like to perform on the system before winter, explaining to me how it would help prolong the life of the pump. He gave me a cost for that service, and I wouldn't hesitate to schedule it with him later this fall. Extra Bonus: John gave me two of his patented Toilet Bolt Caps (available on amazon.com too) at no charge. Of course, nobody likes to spend money on unforeseen home repairs. But, John's professionalism, competence, and super friendly demeanor made it a little less painful. I would highly recommend this provider.

Description of Work
John Henry, the owner of Stinky John's Home Repair came to my home and repaired a malfunctioning wastewater septic system.

They came out to fix the control panel on our septic system. They worked for 15 min and charged for a half hour of labor and didn't do anything. They told me everything I already knew. Also, told me I needed to reimburse him for fuel because he had just filled his gas tank.

Description of Work
We had our septic system pumped by someone else, the control panel was rusted out. The original service provider referred stinky johns.

Yes, I drove out to the property to check out the effluent pump system. I drove 3.5 hrs round trip. Yes I put gas in my truck. What this lady didn't know was I had picked up a pump that was common for what they described and was going to pay a restock charge on it. She also didn't say that my electrical license would not allow me to do the complete job and I gave her the name and phone number of an 01 electrician that specalizes in these systems. Her pump was a 220V and had been installed so that the sewer gases were able to get inside the control panel, rusting all of the parts inside. There was also a live ground water spring at the end of the tank that they had dug a ditch to divert it around the riser on the tank. The riser didn't fit the tank properly. The drainfield was somewhere up the hill. I charged her $70.00 plus tax. I'm sorry she thinks she got a raw deal but she got 3.5 hrs. of my time, my truck,my saturday, my time and money and gas to pickup and return the pump and drive to her place. I do my best to give the best care and advice to my customers but once in a while we both get a bad taste. There were other things that were noticed about this system that are better left alone here. Sometimes 15 minutes is too much time. Again I'm sorry for her bad feelings for my company. John