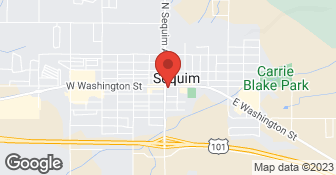 Providing quality service to the Puget Sound region since 1985

Tony arrived promptly to provide me a quote. Josh and Ari performed the actual work and I could not have asked for two nicer or harder working young men. They arrived promptly and ready to work - no standing around. They washed the inside and outside of my windows and the inside and outside of two skylights. Very neat, very polite and the windows/sliding doors look great. When I noticed a small spot on one skylight, Josh immediately got his ladder back out and climbed up on the roof to remove it - and did so with a cheerful attitude. It seems harder and harder to find good quality work and good customer service. This experience reflected both. I won't be using anyone else.

Description of Work
Have used for years for in and out side windows, gutter cleaning, pressure washing. They do a great job. Also call to remind me I am due

Superior exceded my expectations in every way. Very professional, timely, efficient, and affordable. A+++

Description of Work
Gutter cleaning, inside and outside window cleaning

House looked great. All the moss did not die

Description of Work
Provide window cleaning, gutter cleaning, roof services including blowing off debris and moss treatment. Do an excellent job and clean up debris blown off roof from deck and walkways.

Description of Work
They cleaned our gutters and hung outdoor lights. We have used them for 3 years and find they do a great job. Even cleaned patio and drive after gutters.

Description of Work
"Such exceptional customer service. I received a very clear quote for several services this provider could perform. I needed my windows cleaned (inside and out), plus my moss treatment for my roof. |Josh, the technician who performed these services, was so polite and professional. Any furniture in the way was carefully moved out of the way and then put back in place. The ladders needed to reach high windows were protected, leaving no marks anywhere. I look forward to having them return in the spring."

Description of Work
They clearing my roof, gutters and moss treated all. Also did interior and exterior Windows on a tri-level house. Very professional and workmanship was neat and clean.

Description of Work
They cleaned my gutters and roof of my barn. The roof has a steep pitch |And a portion is 2 stories high. They did a good and safe job.

In a word 'Superb! We are planning bi yearly window washing with this company. AND a Veteran discount was offered to me, retired USAF.

Description of Work
Our waterfront home tolerates 50 mph winds, salt spray encrusting our windows. We have 19 windows, the 3 largest 4x15 ft. The crew came on time (5 min early)had superior equipment, very polite. Our home's peak height of 30 ft posed no problems to this professional crew. Our upstairs office has glassed French Doors/two 8 ft electric skylights and several multi pane opening windows. The skylights are 10 ft ceiling height. The crew had the proper ladders for each job, with professional stand-off attachments to protect our gutters. They wore shoe covers, had drop cloths, never dripped on our floors. The exterior glass of our skylights are 25 ft high, multiple rooflines to complicate access. The crew was safe, protected our home and left windows perfect and streak free.

Other than arriving later than promised their overall service was outstanding. They were professional, considerate and did a wonderful job. I don't think our windows have ever looked so good! They were also careful where they threw all of the debris from the gutters and cleaned that up in the highly visible areas. I will definitely call them again when I need those services.

Description of Work
Washed windows inside and out, cleaned gutters, applied moss retardant to roofs.

Description of Work
A little late, but superior in all other ways. Very careful, quiet, thorough and efficient.

This was 3 story house with some windows that were difficult to access. They did a great job and the windows look better than with any other service we have used in the past. Will definitely use them again.

Description of Work
Cleaned all windows and skylights inside and out.

This is the second time I've used Superior Services for window cleaning. Both times the work has been excellent. The two workers were friendly AND professional, and left the work areas very clean. The windows look wonderful. I would very definitely recommend this company, and I will use them again. I am very satisfied.

Description of Work
Cleaned inside and outside of all windows and window screens, cleaned skylight.

Description of Work
Cleaned gutters, removed moss from roof and cleaned windows. | Superior was recommended by a neighbor that uses them. I had them out twice for the initial service. First to clean the gutters and remove and treat a heavy moss growth on the roof and a follow up three weeks later for a scheduled follow up moss treatment and clean the exterior windows. I plan to use them on a regular basis.

Excellent service; father and son team did a great job!

SUPERIOR SERVICES WINDOW CLEANING Superior Services Window Cleaning, are very thorough, good prices, they did a very nice job and are very careful.. They clean windows and gutters, they leave the windows very clean inside and out and don't leave any mess when cleaning the gutters. I am going to call them back again.

Description of Work
SUPERIOR SERVICES WINDOW CLEANING I used Superior Services Window Cleaning, to clean my windows and gutters. It was about 9 months ago and cost $130.

He did a great job. He was professional, neat and did a a nice job. I will continue to use him.

Description of Work
He cleaned my windows inside and out. He power washed my patio as well.

Superior Services Window Cleaning gave me a quote over the phone. The man that came out was very professional, and did the job in the pooring rain. We get moss on our roof, they sweep it off and then put granules on the roof to kill the moss. They had to come out a couple of times, to get it to work. The price was estimated at $400.00, and it ended up and cost about $600.00. They did an okay job. It is unlikely that I would use them again.

Description of Work
I hired Superior Services Window Cleaning to clean my roof, gutters, and the outside windows.

Without seeing the job it is hard to determine what you are up against. We don't typically like to perform phone quotes without seeing the job 1st, but will make considerations for customers who need immediate service as in this case. A second application for two hundred dollars was discussed at the time of service due to the severity of the moss on the roof. Unfortunitly 1 application would not be enough to controll the moss in this case.
5.0

I have used there services several times. They did the job I asked them to do. They were very pleasant. They were quick and prompt. I had no trouble with them.

Description of Work
They came out to the house and cleaned the windows inside and out. They also cleaned out the gutters.

They were prompt, courteous, and careful about our property. The moss treatment was $163 including tax and the gutter cleaning was $174 including tax. We have a 2 story 2500 square foot house built in 1999, NW craftsman style. We were very happy with their work. Blowing the moss and debris off the roof is not as effective as using water pressure, but is much better for the life of the roof, as it doesn't remove the beads and there is little or no danger of any damage to the roof. Some moss remains, but the chemical that they put on is supposed to kill the small amount of moss that remains, after which it will dry up and blow away. If moss remains after one month, they will return free to put additional chemical down where needed. When they were done, they cleaned up everything from the yard.

Description of Work
Had roof moss removed, roof treated to kill and prevent new moss, and gutters cleaned. Used blowers (not pressurized water) to blow off moss and debris from roof, followed by putting down chemical to kill moss. Anything that remains after one month, they will come back and treat free.

SUPERIOR SERVICES WINDOW CLEANING is currently rated 4.8 overall out of 5.

No, SUPERIOR SERVICES WINDOW CLEANING does not offer eco-friendly accreditations.

No, SUPERIOR SERVICES WINDOW CLEANING does not offer a senior discount.