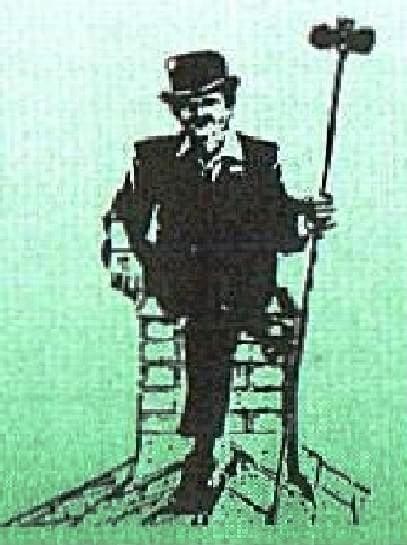 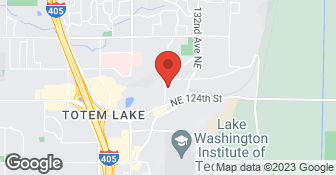 I had a wonderful experience working with Emerald City Chimney from beginning to end. No one wants to spend money on things like chimney repair, but I would hire this team again in a heartbeat if I needed masonry repair of any kind. They were professional, on-time, on-budget, and a pleasure to work with. A homeowner can't ask for anything more!

Thank you for your review!
1.0

During the tear down process, bricks were thrown off of the roof. One of the bricks hit my garage door and marred it. When I reported it, owner did not believe me. He was not polite and had a bad temper. The company ended up filling in the gouge and painted the garage door area. After a only a year the chimney leaked into the inside of my home causing damage. They came out and took a look. They said that because the warranty was for a only a year that they would not take any responsibility and help me.

Description of Work
Tear down and rebuild chimney.

We did the partial rebuild work 6 years ago. We then received a call 3 years after our work, to which we went on site 4 times, all at no charge, found no issues with our work. After the 4th visit, we suggested a maintenance solution. We did not hear back from the customer after the 4th visit, now over 3 years ago. We are happy to come out again to revisit the situation - please contact us directly if you wish to schedule. We continuously strive to go above and beyond with our service, especially when things do not go as planned, and we feel that with the significant timeline in this situation and multiple visits, our efforts show we put our best foot forward.
1.0

We had someone from Emerald City Chimney out to do a cleaning of our 100 year old chimney and he was unable to do the cleaning because he discovered that the chimney was not up to code. That was fine, but he said he'd get back with an estimate to do the work to bring it up to code. After waiting a week, I called to see if there was an update on the estimate that they never sent and the person on the phone told me I'd hear back the next day. I didn't hear back for another week so I called again and again was assured the estimate would come in a day. A few days later I did get the estimate finally, but it was an order of magnitude more than what we had discussed with the person who came to do the cleaning... adding a liner was estimated at $27000. I called to ask if this was a mistake, and the person on the phone told me she'd check and have someone call me back to review the estimate when they reopened the Monday after Thanksgiving. Of course, that didn't happen, and it's now almost two weeks since then with no reply. I'm not going to waste anymore time trying to get this company to let me spend my money on them. Waste of several months with an unusable chimney.

We greatly appreciate all reviews, especially ones noting we did not live up to our high service standard, which is the case here. Most of our estimates are turned around the same day or next day as often as possible, with sufficient explanation in the estimate. However, there are times where chimney conditions are more complicated, require team discussion and research, we strive to turn these around within a few days. This secondary time frame was applicable in this case, but was not met and we apologize for the slow response in getting the estimate completed. We would appreciate the opportunity to explain the estimate in the near future over separate email or call, should this still be desired.
5.0

Very well. They explained what needed to be done and why. They also let me know that I will need some more work done i the near future to weather seal our chimney.

Emerald City Chimney did a great job from start to finish. Very competitive quote, completed work on schedule and the finished chimney looks great. Would definitely hire them again.

Thank you for the nice review - we enjoyed working with you!
5.0

The inspection and sweeping of the chimney was cleanly and quickly performed. The price charged was lower than quoted as my fireplace was not considered to be an insert, but an open fireplace.

Description of Work
Inspection and sweeping of chimney.

Thank you for your review [Member Name Removed]!
5.0

Emerald City Chimney did a great job on rebuilding my brick firebox ( (tear out old firebrick box, then re-build with new firebrick) in my fireplace and in removing old grout & some damaged bricks on the outside of my 80 year old chimney, then they replaced all the old grout and acid washed it all. The job took 4 people two days. After I first called within a week an estimator came out and looked at my chimney, explained what needed to be done & presented a bid. I had a couple others bid as well. I accepted this bid. Once I accepted the bid it took about another month to find a spot in their schedule for the work to be done. They arrived promptly on the scheduled date and got right to work. They were all polite and professional. One mason worked inside the house to re-build the firebox, the others outside. They set up scaffolding & Shielded it with tarps. Removing grout with grinders is very dusty/messy work, so be prepared. They cleaned up well at the end of the job.

Thank you for the great review [Member Name Removed]. It was a pleasure working with you!
5.0

It went well! They did a great job, and they said the sealant should last a decent amount of time (about 10 years). Their pricing was great and they even gave me a discount for being with Angie's List.

Description of Work
Resealed my chimneys

Excellent. They replaced it for us when no one else would. They were professional, courteous, and reliable. Experience could not have been better.

Most of the chimney companies we got estimates from recommended grind and tuckpoint so we opted to have that done as well to get rid of growth between the bricks and bring back some life. Once our appointment day arrived to have the work done Wayne showed up on time (actually about 15 minutes early) and let us know our job should be done around lunchtime which was about half the time we were expecting based on the time estimate we had from the office staff who does the scheduling. It worked out well that I could run home from work during lunch to tie things up and pay the balance for the work. I haven't been up on the roof to check out the work but can get a pretty good view from the top of our deck and chimney looks great.

Originally came out in the fall of 2017 but due to weather we postponed until spring/summer of 2018. They called me to follow up to see if I still wanted the work done. Showed up and work was completed satisfactorily with no leftover mess for me to clean up.

I had ECC do a chimney tear down and rebuild. They did quality work and I am very pleased with the end result. The crew were on time, neat, and cleaned up well. From the front office to the construction crew, they were professional and courteous in every interaction I had. Highly recommend.

Great! They were very fair on the price and did a great job. We'll be using them again on a yearly basis to clean out our chimneys. Thank you!

Description of Work
I requested a quote from this company to tuck-point my chimney. The response I received was that they were booked until mid-November and I responded that that was fine. Mid-November was a month ago and I've sent them 3 messages since then and have not received a single response. Very unprofessional and should be taken off your list service providers.

UPDATE: The owner of Emerald City Chimney called and said he is not billing us for the inspection due to the oil spots his truck left in our driveway. ___ Everything went great with scheduling and the inspection. The technician was professional and helpful. The problem arose when the technician pulled out of our newly power washed driveway and there was a HUGE oil puddle where he had parked. When we called and spoke to the manager about it we were told that their truck was not leaking oil, but if we wanted to go to an automotive store and buy some oil cleaner they would reimburse us for the cost. Frankly, the cost of the cleaner was not important to us. We felt they should have sent someone over to clean up the mess THEIR truck made. We also did not appreciate their denial that the truck was not leaking because when it was parked in our driveway (a fairly steep one) it most definitely leaked...no doubt about it. So, if their response to our call regarding the oil leak had been a positive one I would have given them an A.

Description of Work
We scheduled a chimney cleaning, but upon inspection we were told it didn't need to be cleaned so we only paid an inspection fee.

Only one chimney, out of two, got cleaned due to sweep's fear of discovered wasp nest. I thought clearing out all chimney issues was supposed to be part of the service. Was told to wait til cold weather to do this second chimney when wasps are gone. ?

Chimney building is very hard work! The work was done over 1 week - I thought it would take more time. They were finished on Friday, after a Monday start, as promised. Could not have asked for more.

Description of Work
Initial goal was to repair our 1924 chimney. After work was begun it was obvious it couldn't just be repaired. We opted for a complete rebuild. It is a 3 flue chimney with different sized flues & 2 fireplaces. The price was fair & the workmanship was excellent. It was rebuilt to current code (it had no flue liners before) & should be practically earthquake proof. And it looks great!

Very efficiently. In and out. Did the job.

They measured the existing structure, outsourced the manufacture and installed the new crown and cap. The new solution is maintenance free and will last for as long as we own the house. They discounted the price because we found them on Angie's List. The cost for labor and material was $1,336. We are very pleased with the result. It is interesting to note that other companies I contacted to get an estimate either didn't service our area or charged to do an estimate with that cost to be applied if they were selected.

Description of Work
They inspected the existing concrete chimney crown and recommended that it be replaced with a custom fabricated stainless steel crown/cap, as that would be lower cost than forming and pouring a new concrete crown.

Work was done, workers cleaned up after. worker came to do the final sealing. No problems after this particularly wet fall and winter

Description of Work
diagnosing a leak in my chimney which was done and correction of the same - taking the old chimney apart, rebuild of the chimney, sealing. making compliant with the new earthquake regulations