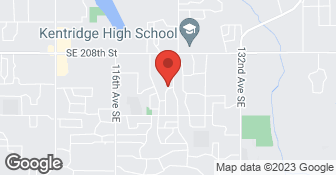 All Restoration Solutions is a full service family owned licensed insured and bonded remodeling company that can help with most any remodeling project you may want To visit our facebook page AllRestorationSolution all one word capital A. and see pictures of some of our latest projects. Commercial Improvements Tenant Improvements Kitchen remodels Bathroom remodels, Finish off basements Garage conversions Countertop replacement. installs of Floor coverings - vinyl to hardwoods Painting Interior and Exterior Siding and window Installation storm damage repair Dry rot repair Complete home flipping remodels and much more. We take Visa and Master Card...

They did a really good job. They were even pretty nice. Towards the end they basically seemed to give up. They became unresponsive, and not very prompt. There were also some minor issues that they never did get around to correcting. After trying to get them to fix the area's that needed it, they became even more unresponsive.

Description of Work
We have a log home. It needed to be sand blasted and refinished. They also did some tile work for us.

Green Grass Landscaping, Inc. is a small family owned and operated business where we work with our clients to provide the most reasonable price possible. We have been serving the landscaping needs for the people of Seattle to the Tacoma area. Our work is fast, economic and suits your needs. Because your satisfaction is our priority, we will treat your home as if it were ours. Our experience is our best warranty. We work in Seattle, Tacoma, Federal Way, Kent, Gig Harbor, Olympia, Auburn, Spanaway, Lakewood, and Puyallup. We provide professional lawn service for all your lawn and landscaping needs. We have professional, dedicated and friendly service. We offer year round service and great prices.  …

At Sta-Built Construction we do all we can to make your project easy. It starts with a FREE ESTIMATE.Our estimates are very comprehensive and we ensure that you will be happy with the many design ideas we offer and upgrade options. We offer special financing deals to all of our customers. Right Now you can get a 12 MONTHS SAME AS CASH LOAN to finance your project. We stand behind our projects with a strong 5 Year Warranty. Give us a call to get your project started!!!  …

How is All restoration solution overall rated?

All restoration solution is currently rated 1 overall out of 5.

What days are All restoration solution open?

All restoration solution is open:

What payment options does All restoration solution provide

Does All restoration solution offer a senior discount?

No, All restoration solution does not offer a senior discount.

Are warranties offered by All restoration solution?

No, All restoration solution does not offer warranties.

What services does All restoration solution offer?