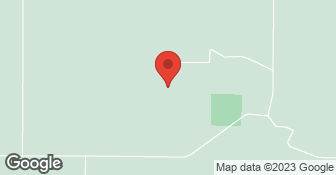 We install egress windows and doors into basements and do all general contracting services. 509-999-9750

Hard working and quick- fit us in when others wouldn’t even look at the job. Did a quality job.

Michael came and gave us a fair estimate on an egress window install. He discounted for digging the hole since we had done that already. He fit us in so it worked with our timeline and completed the job in amazingly good time. The window looks great! The inspector told us that it was done very well and there were no issues at all. I would recommend Michael to anyone who needs an egress window. I'm so glad we didn't do it ourselves but hired a true professional instead!

Description of Work
We needed to turn a large laundry room into a bedroom, but the tiny window was not a fire escape. We were nervous about cutting into our concrete wall and about it passing inspection if we did it ourselves.

Thank you to Michael and his team for fitting us into their hectic schedule, they did a fantastic job with our egress window. Other companies could't get to us for 2 or 3 months, and we really wanted the window in before winter. Michael and Kaeden were very friendly and easy to work with. They addressed our concerns and answered questions in a very respectful and professional manner. We are very happy with the work that was done, instead of a boring steel window well, Michael suggested we go with a natural look using the existing rock that we already had in our landscape. It looks great! I highly recommend Egress Specialties and would definitely hire them again.

They worked through the rain and wind to keep on schedule. They cleaned up both the interior and exterior areas of their work space nicely. If they were running late, Michael would notify me. We had one egress under a bay window so they finished the window well with garden blocks all the way around the interior and even created steps up with the blocks. So happy with the results.

Description of Work
We had two egress windows installed and reworked the window wells. Michael was great about explaining the charges and options. We were told they could start in 10 days but they were able to move it up.

We are very happy with our new egress window and the total experience with Egress Specialties. Michael,Richard and Marshall were hard working, friendly and professional.

l The installation of our egress window was absolutely fabulous! Micheal Martin and his crew were knowledgeable, professional and friendly. Ours is an older home (1949) and Michael and his crew treated it as such. My husband and I found ourselves looking forward to the arrival of the crew each of the two days they were here. We plan for more egress windows and Egress Specialties will be the ones we hire for that and any other construction projects. We will gladly recommend Egress Specialties to anyone desiring quality work at a reasonable price.

Description of Work
Egress Specialties installed an egress window in one of our basement windows.

Description of Work
Installed 2 egress windows in the basement.

Michael, overall, did good work. His ceramic tile work in the bathroom looks good, even after a little over a year. The egress window, on the other hand, has recently become a sticking point. We had the window well flood, and despite the fact that the water never reached the window glass (or the surrounding frame of the moving part of the window), water came in, likely under the frame, enough to ruin all ~1200 square feet of carpet. After speaking with American Leak Detection, and our insurance company, of course it is not covered. After writing to Michael, rather than being apologetic or making a token offer of help, instead claims that he remembers that he told me that we needed to fix the grade (which I certainly would not have ignored, having had the foundation excavated and sealed 4 years prior to repair a crack in the foundation, and have a french drain installed). I will concede at this point that the grade does need fixed, but his reasoning that water can "work its way around the trim and caulk and seep in" would certainly not explain away the sheer volume of water which entered the basement, by his explanation, by seepage.

The only one we used them that was Egress people. I can't quite remember if the guy's name is Michael Martin but it sounds right. It went very well. I give them and ldquo;Aand rdquo; for everything. They did the job out and it turned out to be extraordinarily harder than they anticipated and they just still didn't charge us anymore for that because they build out. They did a really good job. They took them a lot longer from what we expected. It took like an extra full day. It was supposed to be just in the afternoon and it turned out to be another full day and we got the job done right and look good. I'm actually out of town and my wife handled most of that it went well. Roughly when I was in trip so that was third week of May 2013 whatever that was. I don't recall how much it cost. It is reasonable. I would recommend them.

Description of Work
We used Egress Specialties and General Contracting for concrete and handymen service.

thank you so much for your work! This job was very challenging but it came out nice and you guys were a pleasure to work with.
5.0

waited a week or two before getting my esimate back, but we did agree that the job was not a rush and could wait a while. Otherwise very easy to talk to and had great suggestions for the project.

thank you so much for your work. It was a pleasure doing business with you good job turned out excellent. I'm glad we were both happy with the results!
4.0

. the install was very good but the clean up was not . the basement floor was not clean and there was a lot of cement dust in the house'

Thank you for leaving your review. This review must have been posted before the last day of the job. On the last day the home was thoroughly cleaned to the owners satisfaction. The owner inspected the work area and was asked if any further cleaning was needed. None was required.
5.0

The contractor answered my call even though he was out of town at the time and showed up on the day discussed. He did attend to another job on the second day, which I did not understand to be the plan. He remained on track for his timeline, however. He was courteous and careful of the fact that my house was for sale, minimizing any mess.

Description of Work
The job was to install an egress window in the basement, which entailed removing the angled cedar planks on the basement wall, and matching them back up after the new window was in place. A well was dug outside in rocky soil and the contractor was careful to match the trim inside and out to what was already there. Cleanup was excellent.

Thank you for posting of your positive experience with my company. I appreciate you taking the time to do this and I look forward to serving you in the future.
5.0

They came over, wrote us an estimate, started work the next morning, had everything completely done yesterday, looks great!

Description of Work
We hired these guys to lay a concrete patio and walk way. They did a great job, we are extremely happy with the job they did!

Thank you for taking the time to share your experience with my company. If I may be of further service please contact me at 509-999-9750.
5.0

They did a fabulous job. I never saw people work hard during record rain fall. I would highly recommend them.

Description of Work
They put in an egress window with step out blocks.

Thank you for your kind words. I am glad you are 100% satisfied. If I may be of service to you in the future, please give me a call.
5.0

Michael Martin is the owner. They were pretty amazing. I would use them in the future.

Description of Work
I used Egress Specialties and General Contracting to get the bathrooms done. They can do anything. They do basements also. They do construction. They built me a deck in my house in September.

Thank you for the positive words about myself and my business. I appreciate your loyalty and look forward to doing work for you in the future.

Remodleing company specializing in basic home needs. Sprinkler systems, basic electrical, dry wall, painting, plumbing, appliance repair and install, along with any other jobs your home may need! Schedule a free quote with us today!  …

We offer a wide variety of excavation services. From trenching to foundation footings we can get the job done. Our equipment is specialized to work in small spaces and can get into hard to access areas. Our goal is to do the job quickly and efficiently to save the customer money. With more than 25 years of experience operating equipment we can certainly do any job big or small.  …

How is Egress Specialties and General Contracting overall rated?

Egress Specialties and General Contracting is currently rated 4.7 overall out of 5.

What payment options does Egress Specialties and General Contracting provide

No, Egress Specialties and General Contracting does not offer eco-friendly accreditations.

Does Egress Specialties and General Contracting offer a senior discount?

No, Egress Specialties and General Contracting does not offer a senior discount.

Are warranties offered by Egress Specialties and General Contracting?

What services does Egress Specialties and General Contracting offer?