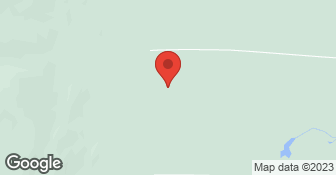 With over 8 years of professional contracting experiece, we are your framing and carpentry experts. From multi-million dollar homes to front porch decks. We build everything with precision to perfection.  …

They never showed up.

Description of Work
Entire large yard landscaped. They said they would schedule it to be finished before August. Never came to my home, never called, never returned my 5 calls. No explanation ever! It is now Nov.

It went great. They identified which sprinkler heads were damaged. Trouble shoot the existing programing, replaced the parts needed and reset the timer. Couldn't be happier. J.H.

Description of Work
Landscaping, and replacement of driveway

Description of Work
they called and said they were very far behind, but someone would call me. STILL WAITING!

We were very impressed with how everyone in the company worked together. The owner arrived on time to look over what we wanted, took the time to understand and help us understand what could be done and therefore what we really wanted. For instance, I thought a squared-off arrangement would make it easier (and cheaper) to build. He assured us that a curved edge against the lawn would look better and wouldn't be that difficult to do. He was right, it looked a lot better. He spent time taking measurements and figuring materials, then gave us an estimate that turned out to be very accurate; i.e., there were no surprises later. He wasn't the cheapest or the most expensive; we chose him more because the way he presented himself and the care he took understanding what we wanted and designing the layout, than because of the price. It took a little time to get the materials ordered and for his people to finish an ongoing job, but everything and everyone arrived when they were supposed to. He had one master craftsman and several helpers. They got the bed for the pavers compacted and leveled with meticulous care. I have laid pavers myself in a small area and I know that this is the most critical aspect of the job, the bed must be built up and compacted properly to prevent sinking later, it must be sloped just right away from the house for water to run off, and it must be flat or the pavers won't appear to be level with each other later. They did everything perfectly. It was quite fun to watch the master workman fit the pavers together. Each was placed just so and tapped lightly into place. Where the new pavers met the old at the existing pathways, he selected pavers that were close to the same color as the old pavers, pulled some of the old ones up and mixed them with the new so the color would blend. At the joining of the old and new, he carefully cut and arranged each paver to blend the old and new so there were no gaps or height differences. In the 15 feet or so of the curved section, he carefully beveled each paver to fit with the adjacent ones and create a smooth curve without gaps. He often sawed the edges of a paver several times until he was satisfied with the fit. The result was a beautiful, smooth curve that met one of the old paver walks just right. The finishing work was done just as carefully. Once the pavers were all down, they were once again compacted, often with a hand tamper. He locked the pavers in place with several stages of sanding, compacting, putting down more sand and compacting again. Finally he used a sealing sand that hardened when wet. The end result of all this work was a gorgeous patio that complements the house and looks like the professional job that it was. All this time the workmen showed up on time every morning, took a carefully timed lunch, and sometimes stayed a little after quitting time to finish something up. They even worked in the rain, donning rain gear and continuing to lay pavers. The owner showed up often to check and work on any issues.The needed materials were always delivered when they were needed but without having piles of raw materials strewn all over the place; everything always looked neat. When the job was done, they left a little extra material "just in case." They explained how to take care of the new patio and who to call if any problems arose. Their final price was exactly what we had agreed to, but in addition the owner offered to purchase, at his price, some wall blocks that I wanted to use to build a planter wall and did so. All in all, we were extremely pleased with the whole project, not in the least due to the skills and hard work of the guys doing the job! We would definitely hire them again, and we wholeheartedly recommend them to anyone contemplating any landscaping project.

Description of Work
We had a 1500 sq ft patch of bare ground where a raised concrete porch had been removed. G&S helped us understand what could be done with pavers, designed a curved layout that fit to existing paver paths, the deck, the yard and the house foundation, priced it right, then installed the design with brick-like pavers. In addition, they re-routed existing sprinkler lines and heads and ran a new line through the bed for the pavers to a place where we would later install a raised planter bed.

It went great; we are very pleased with the work that was done. Excellent communication with Scott. Very professional group. Any concerns we had were addressed. Be aware that if you are doing landscaping, it can be delayed by weather, which the landscaper can't control. We had this issue but the job was still completed well before our deadline. I don't remember the exact cost but in the $5000 range

Description of Work
Cleared a slope in our front yard, took out the weeds and overgrown shrubs and ground cover, put in mulch and new shrubs, moved boulders, and replaced outdoor steps with new ones. Had to work around an existing irrigation system.

Description of Work
They came and put in a about 200 ft total long by 10 ft wide raised rock features. They planted many types of plants in this raised area.

outstanding service, cleaned up after themselves, on time and under budget

Galen and Scott cleaned up a hill side that borders one side of my driveway. I have a lot of rocks and sand that comes down each year because it has a very steep slope. They than built a 230 ft Rock wall 5 ft high to hold back the hill. Once that was done ( and it came out beautiful) they spread gravel on the entire driveway. They took the extra time to really make it look great! On time, price was good. They get my highest recommendation. Jerry Hall

Description of Work
Cleaned up falling rocks and sand from hill side, than build a rock wall, than spread gravel.Using bobcat, mini track hoe, dump truck, Best Job ever!